Where to barbecue in London 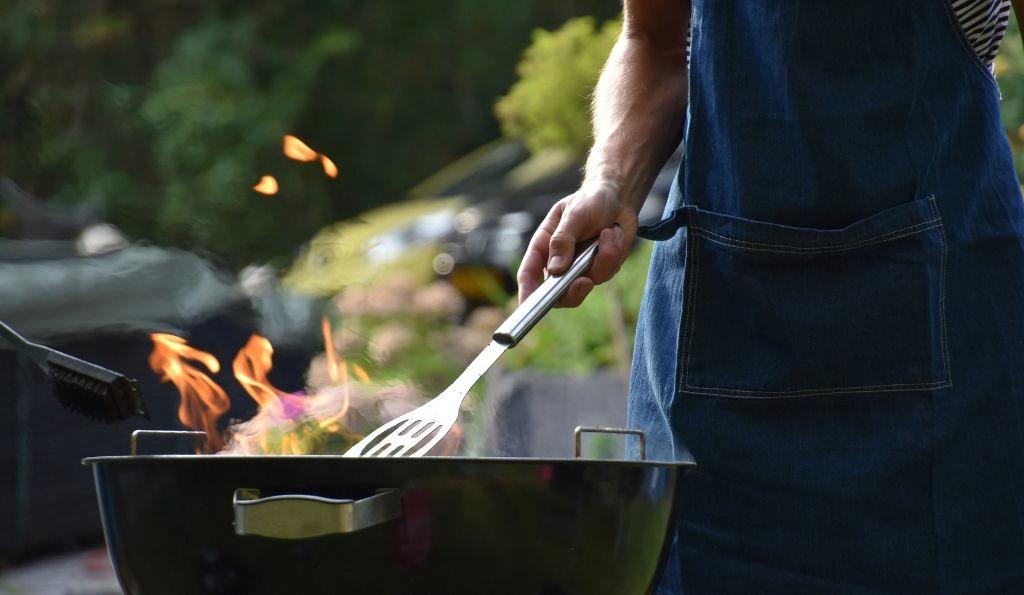 Parks where you can BBQ in London
As the capital warms up, it’s also time to turn up the heat on your grill. There’s no better way to enjoy summer in the city than pitching camp in a verdant park, cracking open some cold ones and cooking up a storm. But, as most Londoners are well aware, often it's not that simple.

There are strict rules on where you can barbecue in London which vary from borough to borough. If you get caught blowing smoke in banned areas, you can risk fines or at the very least some stern words from park police.

But that doesn't mean you have to retire that 'kiss the cook' apron forever. We've rounded up a list of London parks where barbecues are still permitted. Remember to take the appropriate fire safety measures and keep it classy by waiting for your coals to cool before disposing of them in designated bins – we don't want the whole of London to become a no-grill zone, do we?

Because let's face it – whether you're a Linda McCartney lover or a burger-flipping boss, we all want to eat our bodyweight in coleslaw with some grilled goods before the colder months arrive. 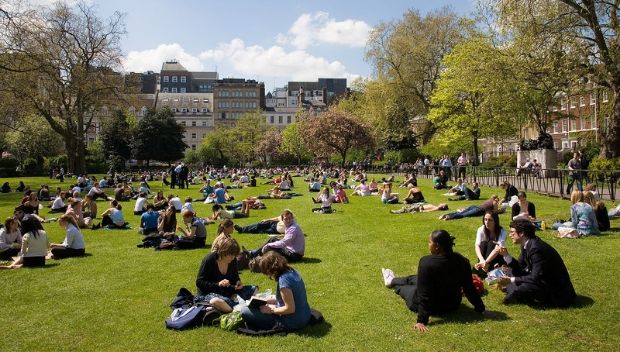 Lincoln’s Inn Fields, Holborn
You'd be forgiven for thinking that London's biggest public square is actually a park. This leafy locale is a lunchtime favourite amongst busy office workers and barristers, but it's also a great place to meat and ketchup with friends and family. There's a Waitrose located on High Holborn where you can stock up on buns, baps and more.

Russell Square, Bloomsbury
Bloomsbury isn’t just all academics and students walking around with their noses buried in books – it’s also a great place for chowing down on fiery foodstuffs. Get the flames licking in London's literary hub. Be aware that in the borough of Camden, disposable or gas barbecues are not allowed and only reusable, charcoal barbecues are permitted.

Cantelowes Gardens, Camden
You'll hear sweet sizzling sounds throughout Camden as it's one of the more barbecue friendly parts of the city. The borough generally allows barbecues in most parks save for Hampstead Heath, Regent's Park, and Primrose Hill. Cantelowes Gardens is located just on the outskirts of the bustling Camden Town which is useful if you want a post-barbecue night out in London's most vibrant areas.

Caledonian Park, Islington
Islington is another North London outpost where the grill game is strong. If you have trouble keeping time on those bangers, then head to Cally Park where a grade II* listed Clock Tower stands watch over convivial cookouts and will help you achieve that perfect sear.

Highbury Fields, Holloway
If your marinade brings all the boys to the park, then head to Highbury Fields for alfresco feasting. This well-heeled neighbourhood has plenty of local gems where you can source high quality ingredients. Pick up dairy delights from the award-winning cheese shop La Fromagerie or prime cuts from butcher Godfrey's.

Waterlow Park, Highgate
This picturesque park is tucked away next to Highgate Cemetery and was given to the public by Sir Sydney Waterlow as a 'garden for the gardenless' in 1889. Today, it still serves as a great place for those who don't have the luxury of backyard banqueting. You can even enjoy some waterside dining by pitching your grill up next to one of three ponds which are all fed by natural springs. 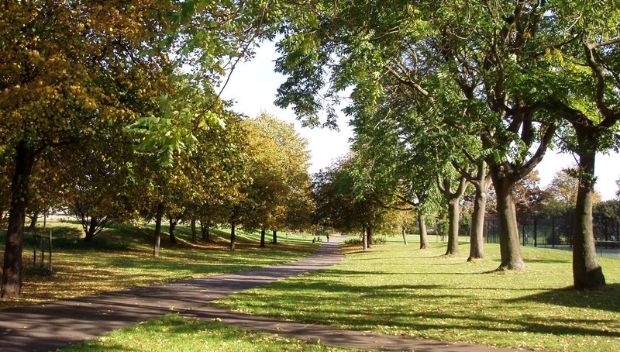 Burgess Park, Southwark
Smouldering spots down south is limited compared to the north. Southwark's massive green haunt has a designated barbecuing area next to a lake with eight built-in barbecues and spots dedicated to disposable ones. However, please note that Southward council has temporarily suspended the use of barbecues in the park due to fire risks and dry grass and vegetation. Please check their website for any developments.
East and West?
East London's last grilling outpost, London Fields, suspended barbecues this year due high levels of rubbish and air pollution. Barbecue bans across all Royal Parks and in Wimbledon mean that all of West London is essentially a no grill-zone. If you can't do without those smokey flavours, then you'll have to seek out one of the spots above for some flame-filled fun.