Once upon a time, there were Valentino rockstuds, Oscar de la Renta ruffles, Chanel lace... The stuff of rose-tinted fantasy for many.

From the runway to the red carpet (we're looking at you, Rihanna), couture gown after couture gown seem to be torn straight from the pages of Grimm's Fairy Tales, while fashion photographers aplenty have created ethereal dreamlands for us to float into through their editorials.

Ahead of the V&A's Tim Walker exhibition, we've rounded up our favourite fashion fairy-tale moments 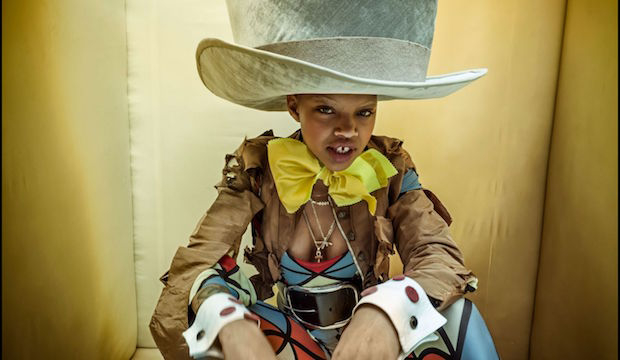 New editor-in-chief of British Vogue Edward Enninful is took on the famed Pirelli Calendar in 2017, and the result was – unsurprisingly – as cool as hell. Think Black Power collides with Alice In Wonderland, edge, and oversized hats.

'The story of Alice has been told so many times and in so many ways, but always with a white cast,' Walker told the New York Times. 'There has never been a black Alice, so I wanted to push how fictional fantasy figures can be represented and explore evolving ideas of beauty.'