Walking in the Air with Howard Blake

As the legendary Christmas show, The Snowman, marks 20 years on the London stage, Howard Blake, composer of its memorable score, leads Culture Whisper on a trip down memory lane 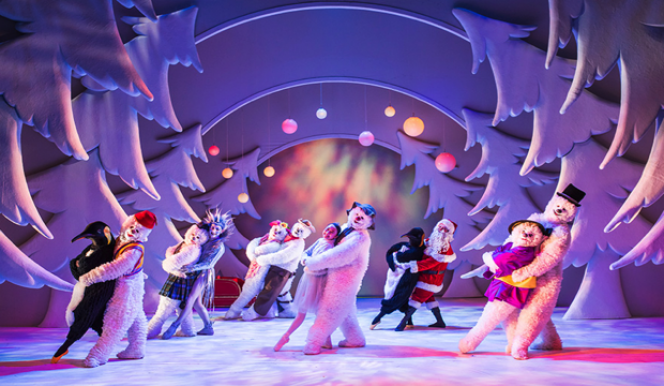 The Snowman, photo c/o Sadler's Wells
It all started with a relatively unassuming short animated film for the then bright newcomer to British television, Channel 4, in 1982.


The irresistible combination of Raymond Briggs’ tale of a little boy’s magical Christmas adventure, animation by John Coates, and Howard Blake’s truly inspired score made it an instant hit. Thus started The Snowman’s own adventure, which saw it undergo a number of changes until it became the ballet without which Christmas would not have been Christmas for many generations of London children these past 20 years.

It’s a story worth telling, and who better to tell it than Howard Blake, versatile pianist, conductor and composer with more than 650 works to his name, ranging from award-winning film and TV soundtracks to classical compositions, including a piano concerto to celebrate the 30th birthday of Diana, Princess of Wales. 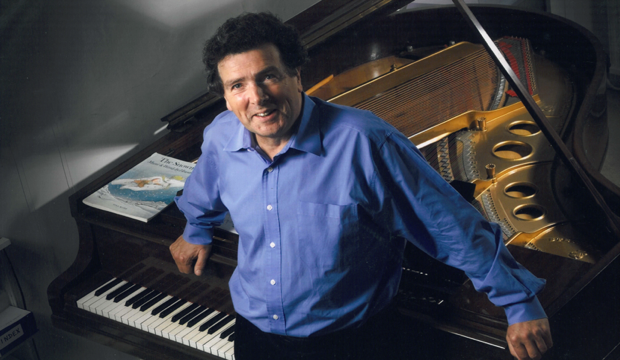 Howard Blake, photo c/o Sadler's Wells
Oh, and The Snowman, of course, with its charming calling card, Walking in the Air.

Back in 1982 Blake was asked by animator John Coates to look at the beginnings of an animation he’d been working on.

‘I watched it, and when I saw the image of the boy, I said, it’s the most marvellous image. And I’ve got a tune I’ve carried in my head for years and never knew what to do with. It’s the sort of tune that expresses innocence and transcendence and happiness, and I think it would work.’

The original idea, which Blake was keen on, was to have whole film without words - ‘who’d ever heard of a Snowman talking, anyway?' he asks with a chuckle. He wanted every movement in the film to be 'energised by the music.'

However, when the first draft of the film was done, the section called Flying in the Air seemed a little incomplete.

“So, I said, I’ll go to the park, get a deckchair, spend the day and I’ll write the lyrics. It was beautiful day, and as I walked, I thought, “walking” and “in the air” - “walking in the air” is a great title! So I stayed in the park and wrote the lyric.'

Thus the original half-an-hour animation was born. The Snowman was an instant success for Channel 4 and it’s been broadcast every year since.

Three years later, the song was recorded by the boy wonder Aled Jones and shot up to number 3 in the pop charts. The Snowman had truly arrived.


For the next chapter in his busy life, The Snowman went to Sweden... by way of Naples.

‘In 1993, my great friend Robert North, choreographer (…) rang from Naples and said, “we’re doing a ballet in the San Carlo theatre tonight, do you think you could jump on a plane?" So I jumped on the next plane, arrived in Naples and he said, “I think I’d like to make a ballet of The Snowman.”

Robert North ran Gothenburg Ballet in Sweden. The Snowman went north - not as a far as the North Pole admittedly, but close enough.

'Robert said, do you think you could write another 30 minutes of music? It would be nice if we had a reindeer dance… So I went up that October and we rehearsed with a big orchestra… That was about to go on as a classical ballet with a corps de ballet… It had a life of its own and transferred to the new opera house in Gothenburg and ran two or three years at Christmas.'

Meanwhile in England there was a bit of a hiccup, but one which was to provide the kernel for the development of the current, long-running version of the work.

In Leicester The Snowman had been turned into what Blake describes as 'an awful pantomime…' and he was asked by Bill Alexander, Artistic Director of Birmingham Repertory Theatre, whether he’d allow the music to be used in a new iteration of the panto.

Blake laughs heartily at the memory. 'I said, you’re out of luck, because I saw it and it was awful, it was all Ho! Ho! Ho!…’

Bill Alexander was a friend, though; and he’d hired a band and a troupe of panto dancers; and none of it was going to work without the music… and he needed the show to last some 90 minutes. What to do? With the Gothenburg experience under his belt, and always inclined to see problems as challenges, Blake came up with a solution:

‘With Bill sitting next to me [in a specially allocated room in the theatre] I wrote more episodes (…) So, we had a classical ballet and a pantomime company, and I said, for instance, when he goes into the kitchen and turns the light on, it could suddenly become a disco; and when they go across the field and see animals we could have the animals come to life and each animal do a little dance. And we could have a real motorbike on stage.’ 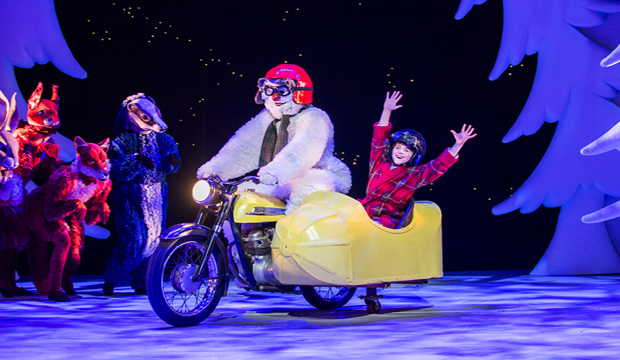 The Snowman production image c/o Sadler's Wells
His pleasure at the idea is contagious and we both laugh as he comments, ‘I don’t think you’d find many other ballets with a real motorbike on stage!’

So, in no time at all in the run up to Christmas 1993, The Snowman began to take on the shape we all know and love. Howard Blake remembers: ‘I was still working on the score on the day of the opening!'

It was a hit in Birmingham, but then was shelved for four years, when it morphed into its current version, which features the indispensable villain in the shape of Jack Frost - another of Blake's creations. It required a little crafty diplomacy on the part of Howard Blake, but Robert North, choreographer of the ballet in Sweden was persuaded to join forces with Birmingham Rep Director, Bill Alexander. Sadler’s Wells offered the use of the Peacock Theatre - and the rest is history!


The Snowman is on at The Peacock Theatre from 23 November to 31 December. Full schedule and tickets:
http://peacocktheatre.com/whats-on/the-snowman/