That Is Not Who I Am / Rapture, Royal Court Theatre review ★★★★★

All this marketing is a calculated ruse. The play is in fact called Rapture by the seminal Lucy Kirkwood, best known for her Olivier award-winning play Chimerica. So why all the smoke and mirrors? The answer is fascinating. The play illustrates the controversial lives of Noah and Celeste Quilter, two British eco-warriors who died in suspicious circumstances in December 2021. After a recent move by the Home Secretary to block the publication of the report into the Quilters’ deaths, Kirkwood was asked by a campaign group to produce a dramatisation of their relationship. After repeated censorship and legal challenges, the Royal Court decided to break the law and produce the play covertly, which is an extraordinarily brave response. 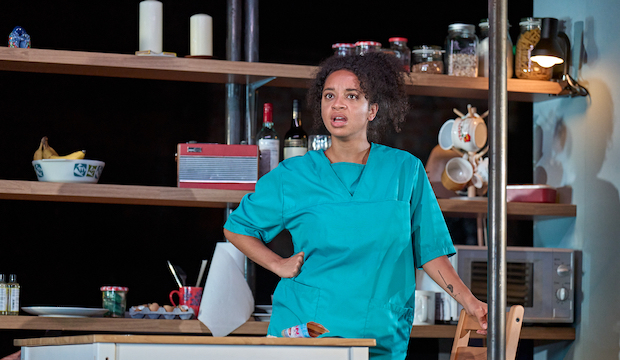 Siena Kelly in This Is Not Who I Am at the Royal Court. Photo: Manual Harlan

Using a combination of documentation from the Quilters themselves, and covert recordings made by an unknown source (possibly an undercover government agent, possibly the neighbour next door who was stalking them) Kirkwood curates the years before the Quilters’ deaths, painting a picture of an instantly likeable millennial couple trying to make ends meet, trying to have a baby, and trying to save the planet.

Direction from Royal Court Associate Director Lucy Morrison is self-assured and meticulous: she knows exactly what she is doing. Set designer Naomi Dawson offers a lovely surprise at the start, and utilises different levels of the stage to great effect.

Jake Davies as Noah and Siena Kelly as Celeste are terrifically cast. They bring a lightness to the characters from the get go, you can’t help but empathise with them and their response to the insidious events they go through. Direct and dynamic, Priyanga Burford plays the onstage presence of Lucy Kirkwood, breaking up the action to give context on the scenes, who she interviewed, when the recordings were made, and her own opinions about what could and could not have happened given the timeline and what she knows to be fact. 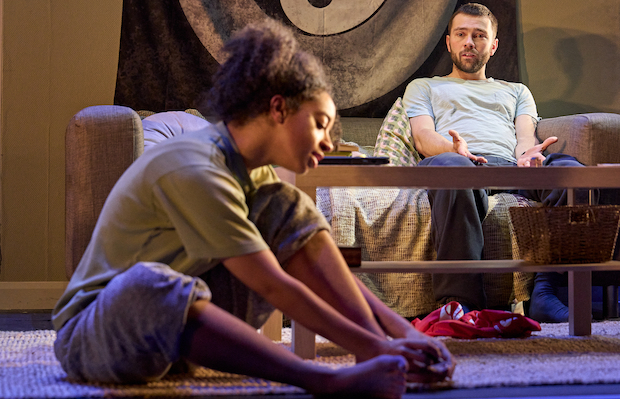 Siena Kelly and Jake Davies in This Is Not Who I Am at the Royal Court. Photo: Manuel Harlan

Except, this isn’t true either! Having been completely beguiled by Kirkwood’s spell, this reviewer left the theatre thinking the couple were real, and rightly deserved justice for their horrific deaths. Researching on the web, there is no trace of them. Nothing. It’s all been made up. It’s post modernism on top of post modernism.

Kirkwood has combined two of the most powerful tools in the theatre: suspension of belief, and the malleability of an audience’s perceptions. Like all truly great dramatists, Kirkwood has created a masterpiece of fabrication, and this reviewer swallowed the deception hook, line and sinker.