2 CW readers are interested
The Truth, Wyndham's Theatre review 3 The Truth, Wyndham's Theatre review shobha prabhu-naik
Culture Whisper exclusive: Over 35% off top price tickets! Click here for yours
Valid 22nd June - 18th July, book by 18th July
Following glowing reviews and West End transfers of first The Father and now The Mother, French playwright Florian Zeller has fast become a favourite new writer this side of the Channel. And after a string of recent sellouts, The Menier Chocolate Factory has a reputation for the kind of Off West End Theatre that gets everyone talking. So it's no surprise that UK premiere of Zeller's new play The Truth at the Menier sold out in record time.
Happily, for those that missed it, The Truth has transferred to the West End's Wyndham's Theatre this summer with the full cast reprising their roles. It has been translated into English by Christopher Hampton (Les Liaisons Dangereuses), and directed by West End regular Lindsay Posner (Speed the Plow, Playhouse Theatre, 2015).

Though it deals with themes of suspicion, deception, and fabrication, The Truth resembles a farce, its rich comedy reflected by the roars of laughter that emerged from the audience. Zeller’s exploration of the inconsistencies of language and romantic rhetoric is emphasised by pacy, punchy dialogue. ‘I’m trying to find out what kind of play we’re in - a comedy or a tragedy,’ pronounces the adulterous Michel (Alexander Hanson) and at its best the play is indeed at once intellectually playful and incisively revealing. 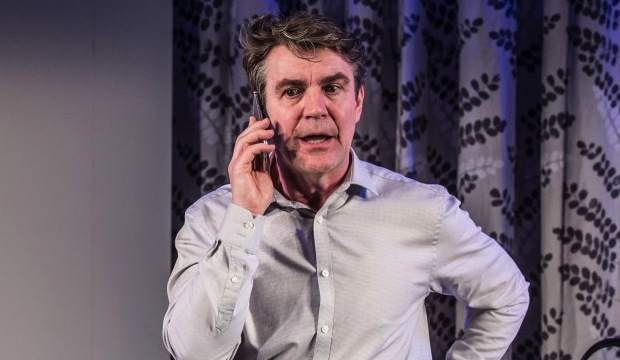 Unfortunately the insistency of Zeller’s biting humour becomes slightly tired towards the end of the play, with the cadence of each comic moment too consistently repeated. As the play explores the role of performativity and pretense in a complicated web of marriage and adultery, Frances O’ Connor’ performance of the character Alice though convincing at times felt exaggerative. In contrast, Tanya Franks as the betrayed wife Laurence, and Robert Portal, as the apparently oblivious husband Paul, played their roles with a welcome sense of understatement and subtlety.

The Truth investigates what is best: truth or discretion and though it lacks the irresistible appeal of Zeller’s earlier successes, its moments of comic mastery and probes complex questions integral to domestic life.