Headlong ingeniously cast the audience as questing voyeur in their their frenzied, immersive stage adaption of Orwell's dystopian novel, back on in the West End following a sell-out international tour

Unlike previous adaptations, directors Robert Icke and Duncan Macmillan have used a framing device informed by the novel’s neglected appendix, The Principles of Newspeak, which changes our whole understanding of the novel: it comes through Winston’s diary, a relic being picked apart by members of a book club in the year 2050, altering its reliability and making the audience question their own reality.

Central to the production is the large 'telescreen' at the back of the stage: The audience is placed in the position of voyeur, watching offstage intimate scenes between Winston and Julia, implicating us in Big Brother's undercover surveillance.

At other moments, the screen is used for the Two Minutes Hate to which party members are subjected by the regime: strobe lighting and a bracing soundscape disorient the audience, immersing us in a visceral experience of what it is like to be a part of Winston’s Kafkaesque universe. 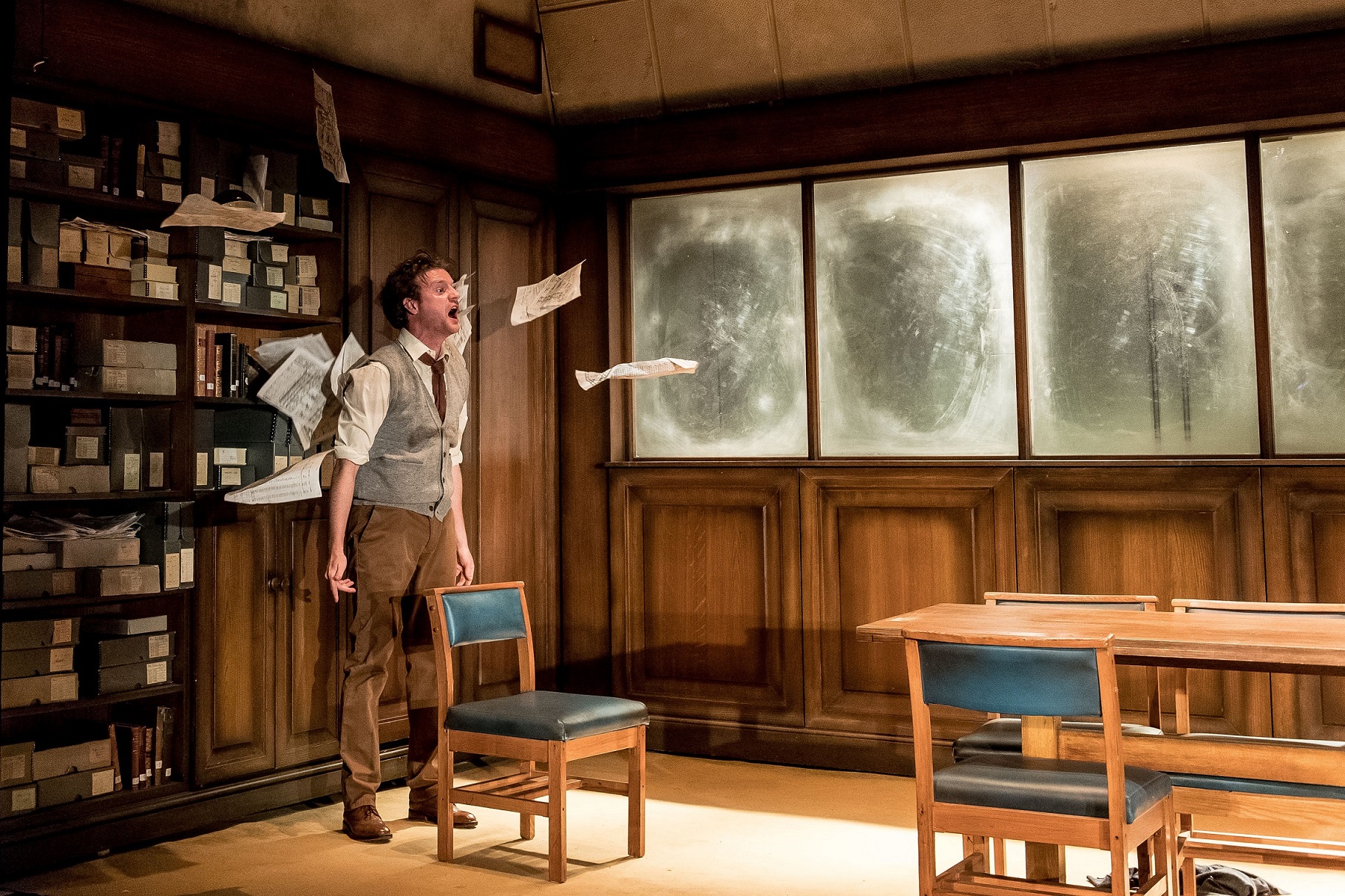 Andrew Gower in 1984 at The Playhouse Theatre

Unlike Orwell’s Winston, who preserves a neutral facade to escape being caught for thoughtcrime, Andrew Gower’s is flustered, frenzied and breathless. It verges on exhausting watching him in such a lengthy state of abject fear, and our sympathy for his downfall is lessened because of the ease with which he is tricked.

Rather, it is in moments of restraint and stillness that Winston’s emotion is most powerful in expressing the immensity of injustice in his right to freedom being taken away from him. Angus Wright, plays O’Brien – the Inner Party member who Winston thinks might have some connection to the resistance – with a chilling slickness that also helps to make this production so potent.

Like Winston, attempting to discern signs of resistance and thoughtcrime in his fellow party, and the members of the book club analysing his diary from the year 2050, the audience too are inveigled into a quest for meaning, following a trail of dead-end clues that lead us to nowhere but the niggling thought: perhaps there is a Big Brother here in 2016, so successful that He's completely undetectable.