The production takes an all-singing, all-drinking approach to the classic Dikensian tale we know and love, as the penny-pinching Scrooge faces encounters with spirits – of both the ghostly and alcoholic varieties.

The secret ingredient to this Yuletide retelling is that one cast member is heavily inebriated. Improv rules all in this chaotic experiment, as show rules dictate that the rest of the cast ‘must go with whatever the drunk actor decides to do.’ A different actor gets sloshed at every performance, promising a singular, one-off experience at any occasion.

Sh!t-Faced’s company, Magnificent Bastard productions, has performed to sold-out shows annually at the Edinburgh and Brighton Fringes, and has brought the show across the UK, US and Australia. Earlier this year, they fired up the Underbelly Festival Southbank with their intoxicated take on the musical Guys ‘n’ Dolls, featuring renowned tunes including ‘Luck Be a Liquor and Sprite’ and ‘Sit Down, You’re Rocking All Over the Place’.

Sh!t-Faced Showtime promises a cocktail of improv shenanigans as unpredictable and rousing as a drunken night out on the town. It’s time to grab a chaser. 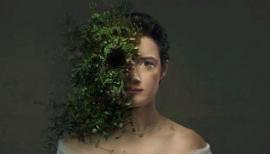 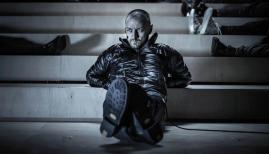