'Vincerò, vincerò' .... It's probably the most famous future form of an Italian verb. And it is Calaf who says 'I will win' when Turandot lays down a challenge ...

But when Calaf, her mysterious new suitor, wins the challenge, he sets a puzzle of his own. If Turandot can guess his name before dawn, he will forfeit his life. The hunt is on, and as the night passes (in which no one shall sleep – 'Nessun dorma'), his name is still a mystery. But as dawn breaks after a night of Calaf creates a twist of his own...

Puccini's last opera had its own struggles: the composer did not finish the work, which was completed by Franco Alfano. At its first performance at La Scala, Milan, in 1926, the conductor stopped where Puccini's Act III writing ended. He put down his baton and told the audience: 'At this point, the Maestro died.’ Its Chinese setting encouraged Puccini to use the oriental musical vocabulary he had developed in Madama Butterfly.

Calaf is sung by three tenors across the eight performances of Turandot at the Royal Opera House in a welcome return of Andrei Serban's 2013 production. They are Roberto Alagna (8, 11, 14 July), Aleksandrs Antonenko (5, 9, 12 and 15 July), and Alfred Kim (16 July). The ravishing design is by Sally Jacobs. Dan Ettinger conducts.

This Turandot was a big hit when first staged, and brings the Royal Opera House 2016/17 to a spectacular end.

Otello is sung in Italian with English surtitles. 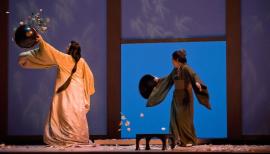 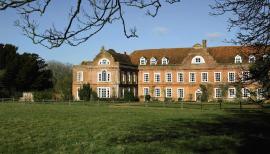 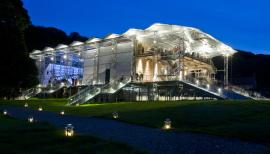