Relive summer 2017 with Mozart's sparkling opera and an all-star cast, now available online at any time

Joshua Bloom is the resourceful Figaro, who wrongfoots his lascivious boss, the Count (Duncan Rock). Jennifer France is Susanna, Figaro's betrothed, and look out for the lustful teenager Cherubino, sung by Marta Fontanals-Simmons shortly before her Covent Garden debut. The rest of the cast reads like a Who's Who of British opera in the 21st century. 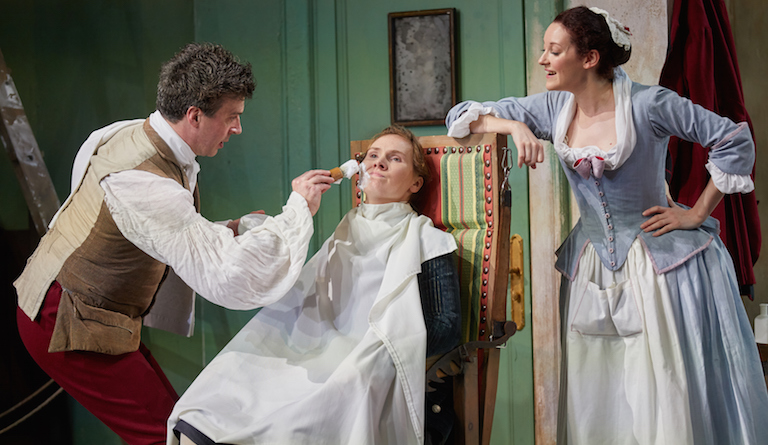 Garsington music director Douglas Boyd conducts this traditionally staged production of a virtuosic opera in which Mozart's powers of invention are at their height. Among its marvels, the Countess's two ravishing arias, and the finale to Act One in which, as confusion piles upon confusion, musical layers pile up unstoppably.

A glass of bubbly, something delicious for the interval, and you could almost be on the Getty estate in the Buckinghamshire countryside. You can even hear the birdsong in the lovely gardens as an extra overture...

The Marriage of Figaro is free to view online now, via OperaVision. Watch Culture Whisper for other Garsington productions
by Claudia Pritchard