2 CW readers are interested
And London Burned, Temple Church And London Burned, Temple Church Claudia Pritchard
When the London baker Thomas Farynor packed up for the evening on Saturday 1 September 1666, there were still embers burning in his oven. A flying spark in the early hours of the morning was enough to start the fire that was to rage through London for three days and nights, devouring every building in its path and consuming some inhabitants.

The catastrophe was so grave, King Charles II put his younger brother, James Duke of York, in charge of firefighting, and it was James who succeeded in arresting the fire before it reached Temple Church, in the heart of the inns of court.

At the atmospheric Temple Church for three nights in October, the disastrous fire and its aftermath will be remembered in a specially composed opera, And London Burned, to be given its world premiere in this historic place, 350 years after the events.

And London Burned is the work of the composer Matt Rogers and librettist Sally O'Reilly, who made their Royal Opera House debut last year with The Virtue of Things. It will be directed by Glyndebourne assistant director Sinead O'Neill, and conducted by Christopher Stark, founder of innovative music group Multi-Story, who makes his Proms debut this year in a celebration of Steve Reich's music, at Peckham Car Park on 3 September. 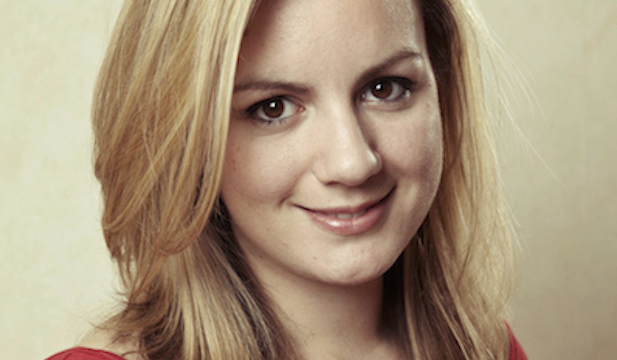 Robyn Allegra Parton is a soloist in 'And London Burned' at Temple Church, from 27-29 October 2016

Singers include English National Opera regulars and rising stars, among them Gwilym Bowen, Alessandro Fisher, Aoife O'Sullivan, Robyn Allegra Parton and Andrew Rupp, and the instrumentalists include the organist and director of music of the Temple Church, Roger Sayer. Glyndebourne designer Kitty Callister designs the set and costumes.

The Great Fire of London proved to be a force for good: it put paid to the plague that had raged through London the year before, and it prompted the lavish and imaginative rebuilding project that gives the capital many of its most distinctive landmarks today, including St Paul's Cathedral.

Performances of And London Burned will be at 7.30pm on 27 and 28 October, and at 6pm on 29 October, with an optional gala dinner on the opening night.