RunFestRun, Bowood House and Gardens RunFestRun, Bowood House and Gardens Holly CW
While Chris Evans is best known for his work as a TV presenter and radio DJ, he’s also run the London Marathon on multiple occasions. Invigorated by the sense of achievement he's found from crossing the finish line, Evans and sports presenter Vassos Alexander, who’s heard most mornings on the Chris Evans Breakfast Show, have spent years discussing their dream running festival – one that combined the euphoria of completing a serious run with an exciting line-up of music. This summer, the pair are bringing their daydreams to fruition for the first time by launching RunFestRun, aka ‘Britain’s biggest running party’.

RunFestRun is a family-friendly festival taking place in the grounds of Bowood House and Gardens between Friday 31 May and Sunday 2 June. The three-day camping festival offers organised group runs, talks from inspirational athletes, performances from well-known bands and a host of other things you’d expect to find at a summer festival, from free yoga classes to food and drink trucks. Here’s what to look out for at the first ever RunFestRun.

The key element of RunFestRun is, of course, the running, which begins on the Friday night with a ‘Sunset Shuffle’ followed by a light-up neon night run. Then, on Saturday, runs of varying lengths (2.5K, 5K, 10K and half marathon) are being held, offering something for everyone – from kids who are full of beans to older attendees with little to no running experience. A 3K road run – suitable for wheelchair users and runners with buggies – is also being held. Finally, to see out the festival on Sunday, a big bug-themed fancy-dress fun run (of 2.5K or 5K length) is being held in the morning, followed by a lunchtime party. 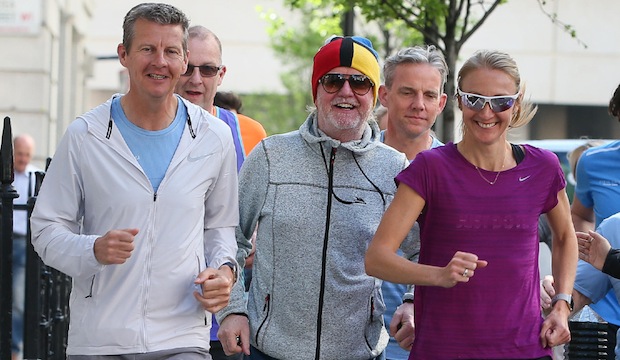 Paula Radcliffe is among those joining Chris Evans at RunFestRun

It’s not all about the running at RunFestRun. Unsurprisingly, given his lengthy career as a radio DJ, Chris Evans has attracted some stellar names from the music industry: Olly Murs and noughties indie-rock band Razorlight are headlining the festival, while further performances come by way of a Faithless DJ Set, The Coral, Ten Tonnes and Reef.

In terms of sporting talent, three-time winner of the London Marathon Paula Radcliffe is confirmed as a speaker at RunFestRun, as is Christine Ohuruogu MBE, Britain’s most successful female athlete. Ben Smith, who ran 401 marathons in 401 days for charity, is also among the athletes attending the festival.

Fearne Cotton will also be at RunFestRun. The presenter has a strong footing in the wellness sphere, having published cookery books and a Sunday Times bestseller, Happy, which formed the premise of her podcast series Happy Place. Inventor of the BreathPod Stuart Sandeman will also attend the festival, as will cook and author Melissa Hemsley. 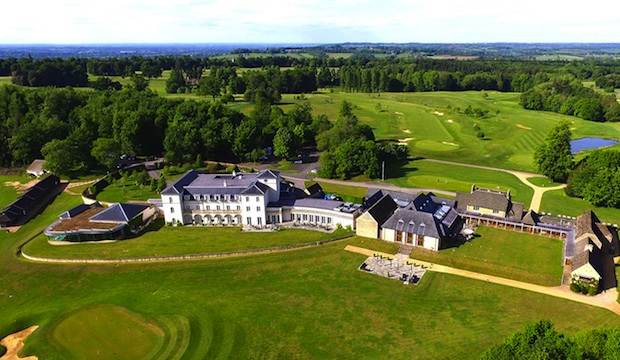 Bowood House and Gardens, where RunFestRun is being held

Festival guests can recharge from their morning run at the on-site retreat, where yoga and alternative therapies are on offer. Or you can skip running altogether and head to the ‘gym’ instead, where a variety of fitness classes are being held. If you have kids in tow, don’t forget to check out the kids zone, while adrenaline junkies can find further feel-good highs in the adventure zone, including zorbing and trampolining classes.

Finally, if all this fitness leaves you feeling well and truly pooped, refuel and replenish at one of the on-site food and drink carts, then spend an afternoon relaxing by the lake. 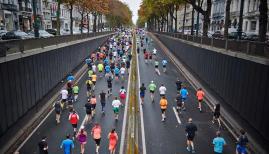 How to train for a marathon: fitness, nutrition and motivation 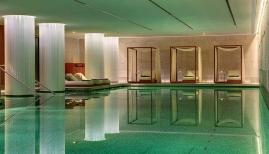