Everything we know about the new Selfridges cinema

Thanks to the new Selfridges cinema, shoppers can catch a film on one of three screens before, after or in between sifting through the department store's many departments 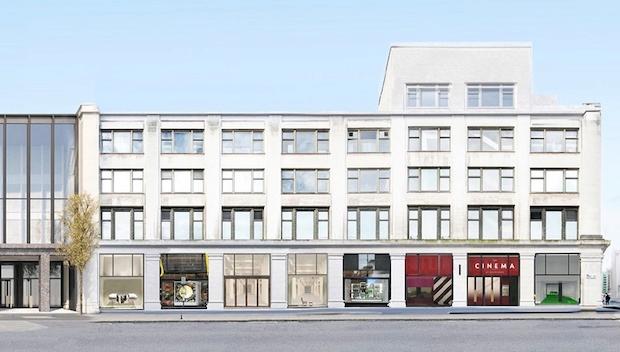 Selfridges cinema, outside store entrance
Department store Selfridges is taking things to the big screen, opening an in-store cinema. The three permanent screens open in November, making Selfridges the first department store in the world to incorporate a cinema. The new venture follows a host of other moves to make shopping at Selfridges an immersive experience.

The attraction can be found at Selfridges’ Oxford Street store, with the largest screen seating 80 people. It's accessible both from an entrance inside the store and at street level – meaning those with no desire to shop can get in and out quickly. The cinema at Selfridges is operated by Olympic Studios, an independent cinema with sites in Barnes and Battersea, known for its boutique offering.

A foray into film is the luxury store’s latest experiential innovation. Last October, it opened a ‘designer street’ menswear space, referencing a progression from street to designer fashion. The street-style space is home to a wooden skate park, as well as a grooming area and restaurant.

Another first for the department store was an in-store boxing gym for the month of October 2018, where shoppers were able to let off some steam in 55-minute boxing classes. However, this new cinema promises a slightly more relaxing move into experiential shopping. Now you can shop until you drop…into a plush cinema seat.