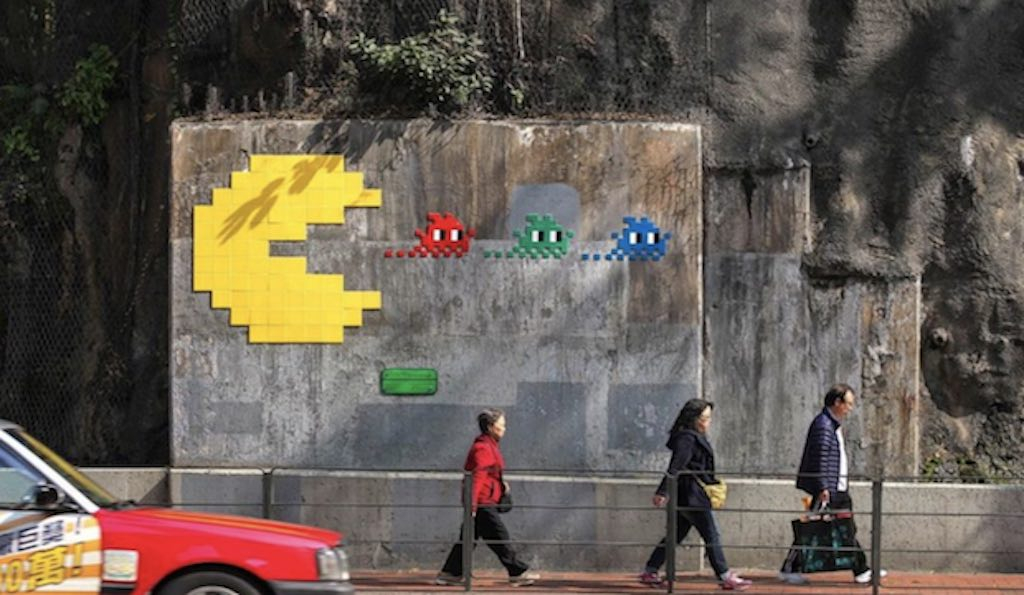 Space Invaders: Flash Invaders
Last week, CNN broke the news that Pokémon Go had been linked to Russia's meddling in the 2016 American election. Space Invaders is the trendier, more augmented reality that London's families have been loosing themselves in.

Flash Invaders is a city-scouring app that was created by 'Invader', an unidentified French artist. Originally known for his contemporary street art, Invader has been working on his space invaders art project since 1998.

Today, Invaders' art has been turned into a virtual scavenger hunt, with a free app that lets you hunt the pixelated cartoon characters whenever you spot one on on the street. Inspired by the arcade game of the same name, you've probably spotted some Space Invaders lurking in major cities.

Space invaders sees ceramic tiles installed mosaic-style on buildings around the world. In 2008, Invader started integrating QR codes – the pictures of black and white squares that deliver content via smartphones – as a way of hiding messages in the art. Behind the physical artwork would be a message: 'not for sale', or 'I love you'. 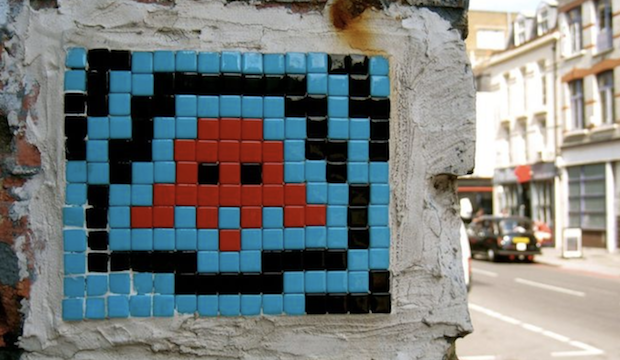 To accompany the real-life treasure-hunt game is the Flash Invaders app, which puts your snaps on the map. The game is free to download from the app store, and, like Pokémon Go, only requires use of your phone's camera. Your mission: 'flash' as many Space Invaders as you can. Point and shoot to scan the QR code. You get points every time you take a picture of a mosaic that matches the game's database. Like Space Invaders (the arcade game), you can follow your ranking in the high scores table.

Space Invaders can be spotted anywhere. Previous Invader projects include 'invading' the Louvre, installing art without the museum's consent. (Technically, this makes Invader the only living artist to have their work exhibited in the institution). Space invaders invaded space, after sending a piece to the stratosphere as part of the Art4Space initiative.

Flash Invaders has been growing in popularity since its launch in 2014. So far, Invader artworks have been spotted in 74 cities across the world. You can see some of the most photogenic characters on @invaderwashere, the official Instagram account.