You're never too young for activism. As teen climate change strikers return, we explore how to channel a child's desire to save the world 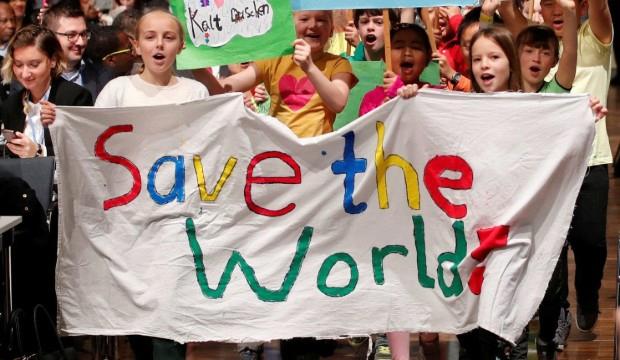 And neither are the kids demanding action. Climate change activism, with teens at its forefront, is gaining momentum globally.

In February 2019, an estimated 15,000 kids walked out of school as part of a global climate strike, part of the School Strike 4 Climate Movement, waving placards demanding adults to 'Wake Up', 'Be Part of the Solution, Not the Pollution' and 'Protect Our Future!'

These kids may not be able to vote yet, but they are determined to inspire change at a government level by getting noticed and gaining attention for the cause, in the middle of the school day. Unsurprisingly not all politicians were moved – Downing Street issued a statement saying: 'Everybody wants young people to be engaged in the issues that affect them most so that we can build a brighter future for all of us... But it is important to emphasise that disruption increases teachers' workloads and wastes lesson time that teachers have carefully prepared for.'

Many of the young strikers were inspired by Swedish climate activist, 16-year-old Nobel Peace Prize nominee Greta Thunberg, who walked out of school in 2018 to protest climate change outside of the Swedish parliament, accusing her country of not following the Paris Agreement. Thunberg is passionate about the cause: she reportedly made her family give up flying and turn vegan to lower their carbon footprint, and she has been invited to speak at a TEDxStockholm talk, as well as to the United Nations Climate Change Conference and the World Economic Forum at Davos.

What's next for climate strikers?
On March 15, students in over 30 countries – that's tens of thousands across the world – will be making themselves seen and heard by walking out of school to protest the status quo and urge for climate action. Dubbed the 'Climate Kids' by the media, these kids have other heroes besides Thunberg: see charismatic, Democratic New York congresswoman, Alexandria Ocasio-Cortez, and her Green New Deal, a massive undertaking aiming to rid the US of all carbon emissions.
In Thunberg's words: 'If you think that we should be in school instead, then we suggest that you take our place in the streets, striking from your work. Or, better yet, join us, so we can speed up the process.' 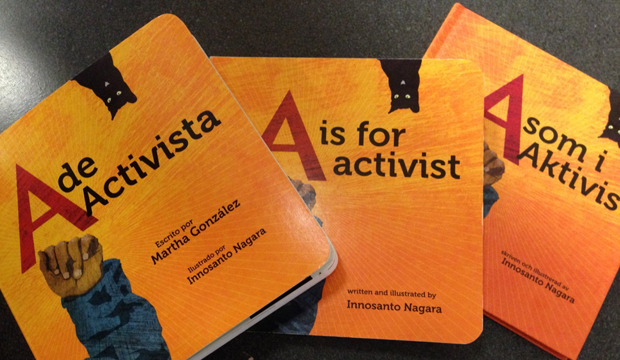 A is for Activist, by Innosanto Nagara

How to encourage activism in kids

Kids rising up against the man is nothing new: a young Meghan Markle, long before her palace days, wrote to Proctor & Gamble and Hillary Clinton about a sexist ad campaign that dictated that 'women are fighting greasy pots and pans with Ivory Clear.' Her efforts were rewarded; the language in the advert change to 'people' to reflect that it's not just women doing the washing up.

In the U.S., the bravery and activism of Parkland survivors-turned-gun-control-activists like Emma González launched a youth movement in the US to spur on change in gun control laws – these students helped to inspire Thunberg's efforts.

Keen to engage your child in activism? It's easier than you might think to get them interested in the world around them.

Books & news: There have been a spate of book releases recently aiming to teach children about activism and social justice, from Innosanto Nagara's ABC board book for youngsters, A is for Activist, to true-story inspired children's books that tell the tales of people who stood up for what they believed. See: Malala's Magic Pencil by Malala Yousafzai, I Dissent: Ruth Bader Ginsburg Makes Her Mark, by Debbie Levy and the upcoming We Are the Change: Words of Inspiration from Civil Rights Leaders, to name a few. Reading these stories should open up the conversation to help children start to understand prejudices and pioneers, as well as the basics of what's fair and what isn't. 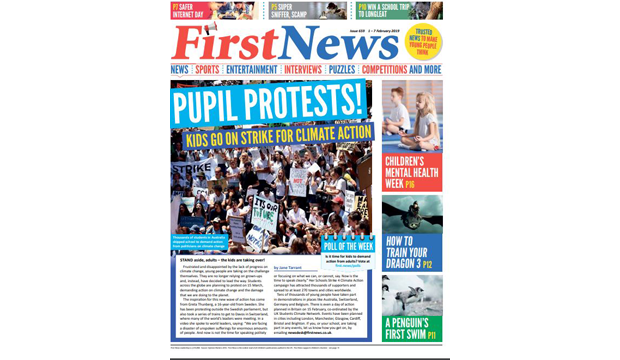 Also, for school-age children, there's a brilliant newspaper called First News which breaks down the big headlines into easily digestible snippets and takes in the perspective of kids when reporting the news – they even did a kids' Brexit poll reflecting how children feel about the debate. Ideal first reading material to get kids thinking about what's going on in the world at large and what interests and motivates them. Even better? First News has ditched the plastic wrapping with biodegradable potato starch wrappers, encouraged by their in-the-know readers.

Virtual marches: It's hard enough getting your kid to nursery in the morning, let alone taking them into central London for a massive protest with tens of thousands of people. You can get in on the action by joining a virtual march from the comfort of your own home, or watch what happened on a march with your kids on social media after the fact, discussing the declarations on the placards, counting the people there, seeing who wore face paint or fancy dress to get their points across.

Encourage charitable acts: Activism is about much more than marching and protests. Kids already start to learn about charity in schools, bringing in donations of tinned food for food banks and creating shoeboxes of Christmas gifts for kids who won't be receiving presents. In our experience, they really enjoy these acts of giving, so it's worth encouraging them to carry on these undertakings at home, whether it's donating their clothes and toys to a charity in need or baking to raise money for a cause close to their hearts. As with anything with kids, activism shouldn't be foisted upon them, but rather something they want to do of their own accord.