From Tuesday 1 September Londoners will be able to acquaint themselves with Better Together, a new mural by Pref, which is part of the London Mural Festival.

Pref is a Brent-born graffiti artist and designer, best known for his multi-layered, three-dimensional lettering. Better Together is a large-scale mural that references recent social and political events. It will be situated next to the world-famous Wembley Stadium.

A second new work is the Beton Mural, from the French creative agency Muzéo. It derives its name from that of the eponymous residential building on the side of which it will be sited, and is a piece of conceptual art that plays with the actual word 'beton', meaning 'concrete', to invite visitors into a game of representation vs reality. As visitors walk along the passage next to the building, the displayed word changes from being distorted to becoming clear. 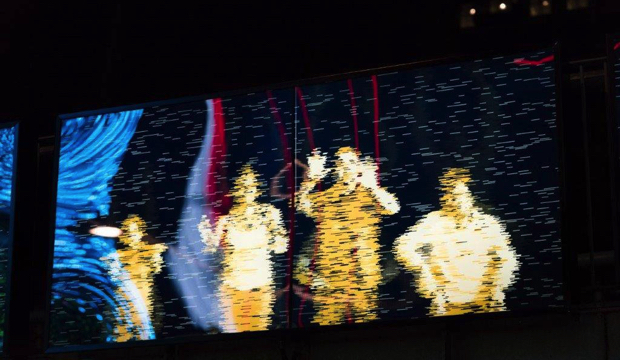 Wembley Park - Jason Bruges, Royal Wave © Jason Bruges Studio
Situated along the balustrades of the Royal Route, Royal Wave greets visitors as they approach the underpass from the north or south. A bespoke 3D wave, generated from portraits of local community members, its images change and move based on the observer’s movement in relation to the work.

However, the image perhaps most readily associated with the redeveloped Wembley Park neighbourhood is Frank Styles' One in Four. 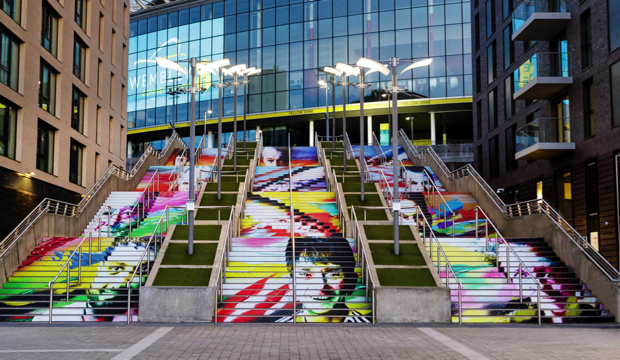 Wembley Park, Frank Styles, One in Four © Chris Winter
What's perhaps not so well known is the symbolism of this artwork, which was co-commissioned by the mental health charity Mind, to raise awareness of the importance of mental health.

In short, Wembley Park's public art trail offers an enjoyable way to spend some time in the open air, weather permitting, following months of lockdown. In order to help you make the most of your tour, a downloadable digital map along with QR codes on each piece can be found here.