Mallow, a new vegan restaurant from the team behind Mildreds, has opened in Borough Market 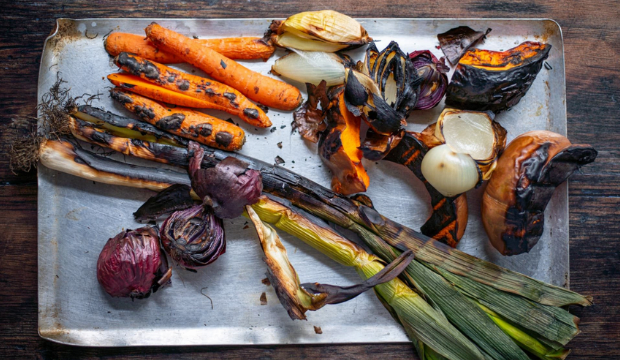 I took my Culture Whisper colleague and long time vegan Janea Minar for a taste. 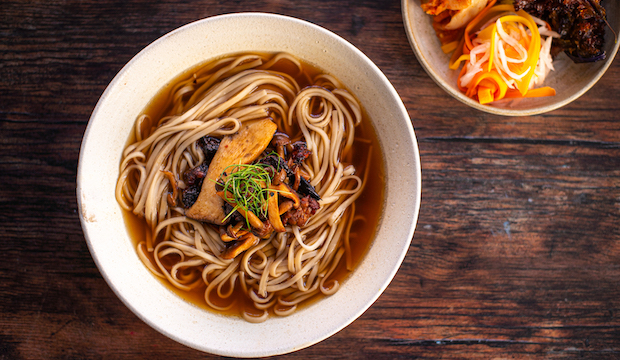 Eleonore Dresch: I have to confess, I have never been to a vegan restaurant and the prospect of having to review the food is a bit daunting. So thanks Janea for coming with me. It is interesting that since Borough Market was established in its current location in 1756 there has never been a fully plant-based restaurant offering. Out of curiosity, how many vegan restaurants have you tried in London?

Janea Minar: I would say most of them. The plant-based menu offering has expanded so much across the city since I arrived in 2007. Of course, the original Mildreds in Soho, Mallow’s sister restaurant, has always been high on my list of recommendations for any visiting vegans. The menu there is pure comfort food, big portions, and plenty of fried ‘chick’n’.

ED: So Mallow is some sort of chic version of Mildreds. Perhaps we should start by talking about the space. We were seated on the first floor of the restaurant where they serve small plates. The room has high ceilings and big windows overlooking Southwark Cathedral. It is nice space but perhaps not quite intimate and definitely noisy. What struck me was that the crowd was almost exclusively feminine!

JM: I’ve always found that vegan venues favour a more feminine crowd so that is quite normal for me to see. We visited in the evening so didn't get to see the room during the day, but I imagine it would be very light and bright when they serve breakfast and lunch. 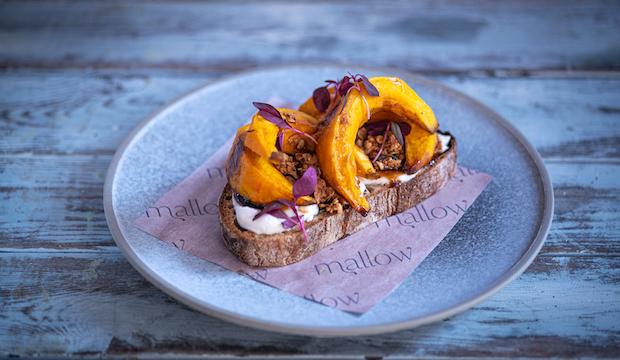 ED: Now for the menu, I could tell that when the menu arrived you were in heaven!

JM: The first thing I noticed was there was not one salad. How refreshing! When you’re a vegan, you are often restricted to one or two items on a menu, and I can almost guarantee one of those options will be a salad. The menu lent itself to Mildreds ‘international’ style so was varied, but not extensive and complicated. I could see that it was slightly more refined than its sister as well with fewer ‘comfort’ options and more emphasis on crafted plates.

ED: I ended up choosing the skordalia celeriac skewer and Jerusalem artichoke as a starter and the plum plant-chicken burger. The celeriac was truly delicious. As for the burger, it epitomised absolute comfort food. A discovery and certainly a perfect alternative to the usual meaty one. I wondered about this plum plant-chicken pattie, it was truly convincing. As for the vegetable fries, they were good although the carrot ones were a tad undercooked. How did you feel about your selection?

JM: After much deliberation, I went with the beetroot ube borani with heirloom carrots and market thali. The carrots were not too memorable, but the market thali blew me away with such a variety of flavours. While looking around the room, I could see the thali popping up on most tables so it's certainly set to be a firm menu favourite. 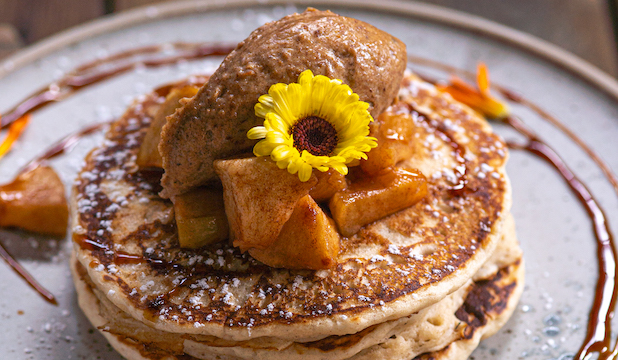 ED: Shall we talk about the dessert? For me, the discovery was the Kumquat lemon meringue pie with non-vegan egg white. That worked really well and I know you know how to make these. We also tried the chocolate hazelnut financier and white chocolate mousse, but as a non-vegan, the mousse didn’t quite work for me.

JM: Yes! Vegan desserts can be very creative using everything from avocados to chickpea water (aka aquafaba). I confirmed the latter was used to create the meringue and it did not disappoint – a delicate and flavourful meringue.

ED: A very convincing first vegan experience for me. I am quite keen to come back to taste the brunch, in particular the apple cinnamon pancakes with date butter!

JM: I agree, there were so many dishes I wanted to try and I will certainly be returning soon to taste more. I would recommend visiting with groups of friends so you can sample as many as you can.