The launch of JKS Restaurants’ home-delivery service means we can now enjoy a Michelin-starred curry from Gymkhana or Trishna, or Sri Lankan specials from Hoppers, at home 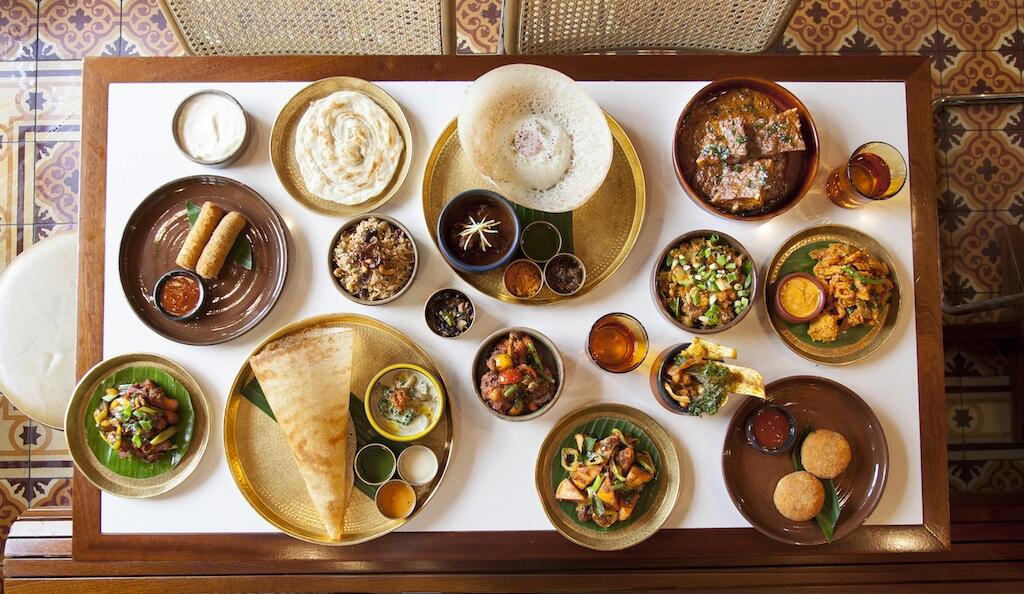 JKS Restaurants has launched home delivery
Sibling-run restaurant group JKS has launched a home-delivery service from several of its most popular restaurants. Whether you’re craving a Michelin-starred curry from Gymkhana or Trishna, upmarket ‘beer snacks’ from Brigadiers, or Sri Lankan specials from Hoppers, you can now get them delivered to your door.

What’s more, the Sethi siblings have expanded the reach of their two delivery-only brands: the new Rice Error by BAO (from the team behind acclaimed Taiwanese mini-chain Bao) and Moto Indian Kitchen.

Here’s what to expect from each… 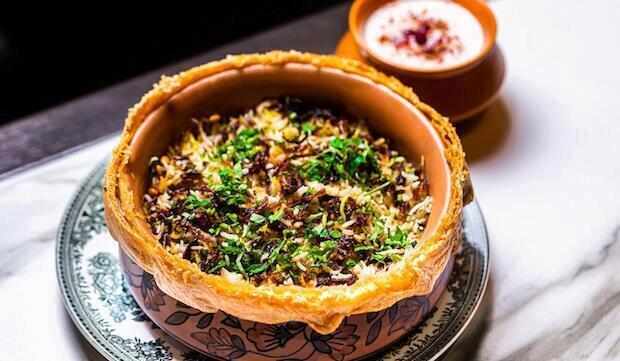 Michelin-starred Indian restaurant Gymkhana, part of the Sethi siblings' growing empire, closed in 2019 because of a fire, leaving many Londoners stumped as to where to go for a world-class curry in the city. Having reopened its doors only in February this year, it was forced to close them again – this time because of the virus – in mid-March. Unperturbed, Gymkhana has launched its first home-delivery service, meaning you can order many of its favourites – tandoori masala lamb chops, butter chicken masala and wild muntjac biryani included – to your door. 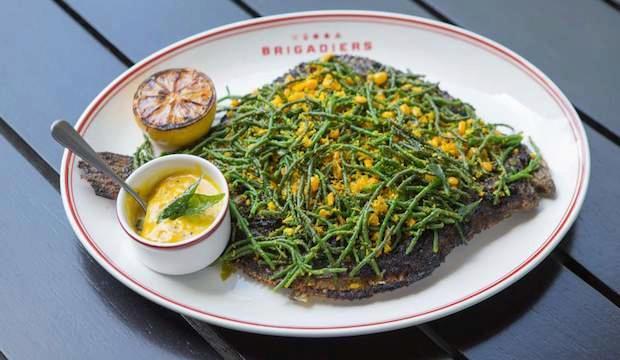 Inspired by the army mess bars of colonial India, Brigadiers provided Bloomberg Arcade with an upmarket Indian barbecue venue when it opened back in 2018. The 12th opening in the Sethi family's portfolio, Brigadiers’ cult dish is the chicken lasciviously cooked in ghee with cashew cream and added barbecue tang. Among its at-home offering, the 'beer snacks' are a great way to go, among which the Original BBQ butter chicken wings and the Brigadiers mixed grill are sure to make taste buds sing and mouths water. 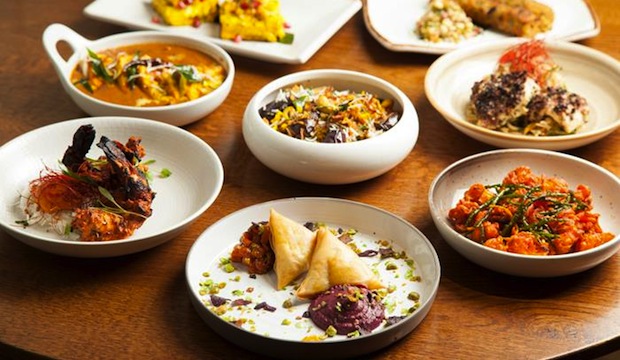 Specialising in coastal seafood dishes, Michelin-starred Trishna was the first restaurant of the Sethi siblings. In the flesh, it’s relaxed yet sophisticated and the food is phenomenally good, even though Karem Sethi is rarely in the kitchen now. All the same, the restaurant is resuming a delivery service from its Marylebone Village base, dishing up menu favourites including hariyali bream, chicken pepper fry and seafood biryani. 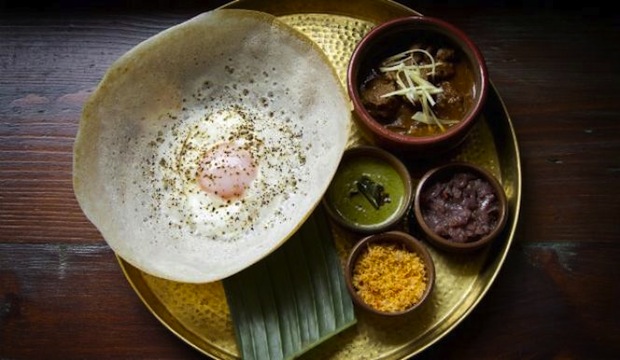 JKS’s Hoppers can be credited for putting modern Sri Lankan cuisine on the central London map. The original Soho branch, along with follow-ups in Marylebone and King’s Cross, has continued to operate a delivery service throughout lockdown, but now it's extending its reach (see below for details). As for what to order, hoppers – the namesake dish and pinnacle of Sri Lankan cuisine – are a must: bowl-shaped fermented rice and coconut milk pancakes filled with chutneys and sambols. While a star turn, for carnivores, is the bone marrow varuval and roti. 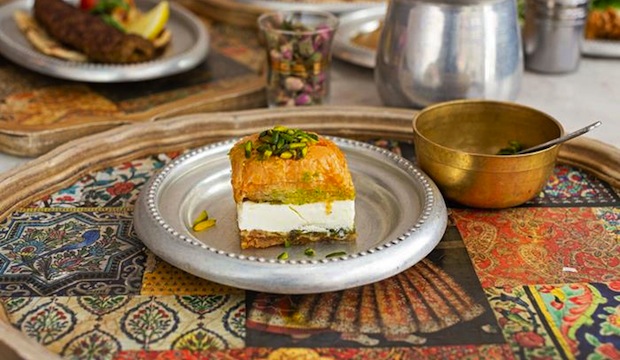 Persian restaurant Berenjak is now offering a home-delivery service from a number of new sites across the city as well as its Soho base. Look forward to dishes such as the signature lamb and chicken kebabs, and a selection of Mazeh including hummus, Mast o Khiar (yogurt with cucumber, mint and raisins) and Kashk-e Bademjoon (coal-cooked aubergine).

WHERE: Available via Deliveroo in most of Zones 1, 2 and areas of Zone 3 surrounding Battersea. 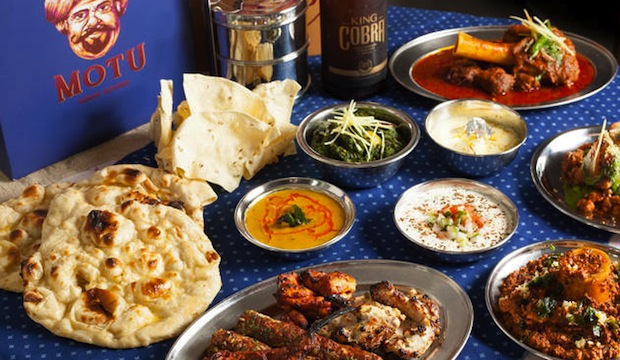 Since 2016, JKS Restaurants’ home-delivery brand Motu Indian Kitchen has been providing Londoners with a means to enjoy authentic, gourmet Indian food at home, sans cooking or washing-up. Now, the brand is extending its radius. Look forward to the likes of samosas, lamb seekh kebabs, saag gosht and biryanis. 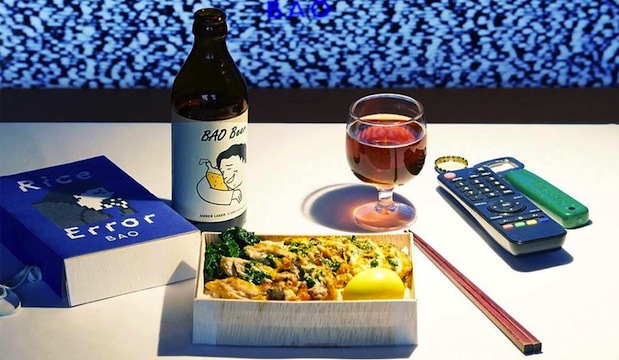 The team behind lauded Taiwanese restaurant BAO, also under the JKS umbrella brand, launched an impeccably timed delivery-only brand, Rice Error, back in March. Here, the speciality is takeaway rice boxes, made using Taiwan’s chi-shang rice as a base. Fans of the team’s signature bao buns can relax, though, as these pillowy parcels are available too. Menu highlights include cha shao pork belly, 40-day aged black pepper beef rice and Taiwanese fried chicken.

For more on JKS Restaurants...