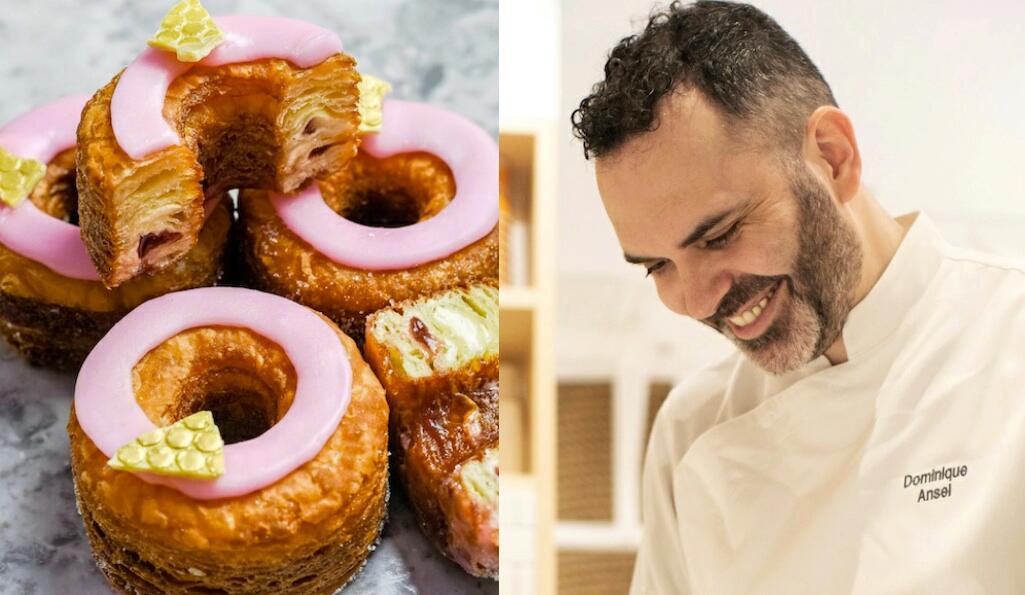 Interview with pastry chef Dominique Ansel
Born in the French city of Beauvais, Dominique Ansel has come a long way from the poor, working-class neighbourhood in which he grew up. The pastry chef moved to New York City and trained under some of the most prominent names in the business, before opening the original Dominique Ansel Bakery on Manhattan’s Spring Street in 2011. Nine years and one invention of a certain pastry later, and not only is Ansel a famous figure in the food and hospitality worlds, he’s a household name.

In fact, the invention of the cronut (Ansel’s croissant-doughnut hybrid that went viral in 2013), could have been enough to see the chef through to a fat-pocketed, early retirement. Queues of foodies eager to try the trademarked treat still form early in the morning outside the original Dominique Ansel Bakery (and outside his second site in Manhattan and Belgravia bakery in London, where cronuts are £4.50 a pop). But Ansel is an inventor as much as a chef and likes to keep his skills with dough in a constant state of flux. 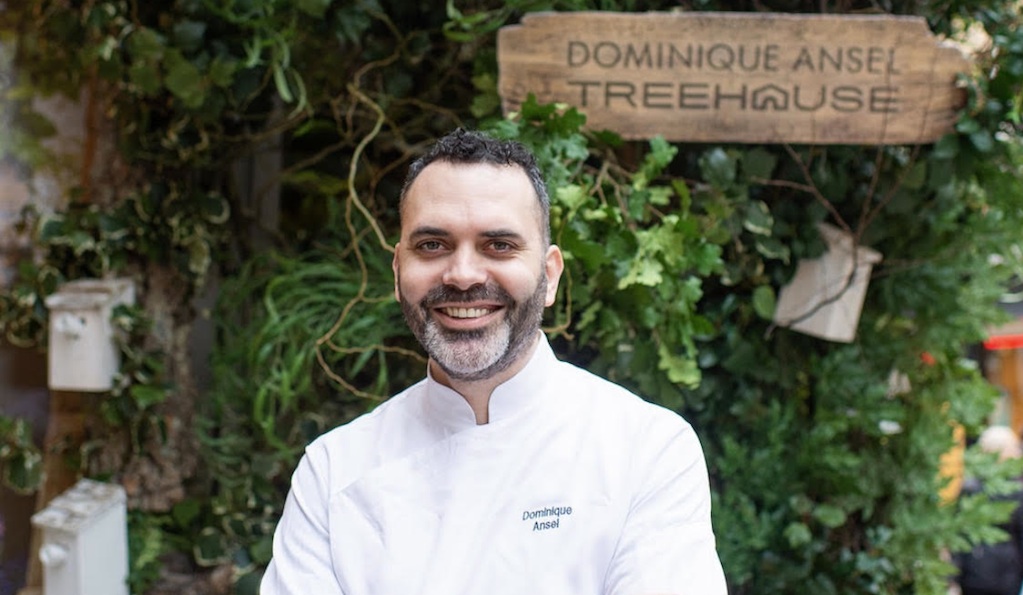 ‘For me, it’s never been all about the cronut,’ he says, when we meet at his new day-to-night café and restaurant, Dominique Ansel Treehouse, in Covent Garden. ‘If it had been, I would have created ronut kiosks everywhere,’ he laughs.

Ansel had always aspired to open his own bakery. Inspired by the great French pastry chef Pierre Hermé – who he describes as ‘one of our fathers when it comes to pastry’ – and Spanish chef Albert Adria, whose pastries he admires for their creativity, Ansel knew he had his own flair to bring to the industry.

‘Everyone told me a French bakery in New York wouldn’t work; that so many French chefs had tried to open one and failed,’ he recalls. But Ansel knew his own bakery wouldn’t fit the stereotypical image (golden surfaces, twinkling chandeliers and white-gloved service) the city had previously rejected. ‘I wanted to create a place with a fun atmosphere. Somewhere that was happy and relaxed, that served good coffees and pastries. I wanted it to be a place that brought people together and that people would want to come back to,’ he says. 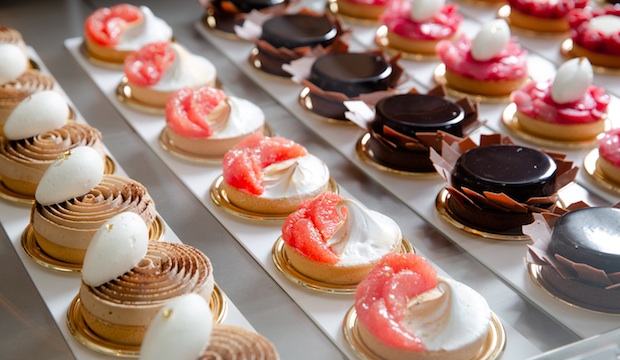 After six years as the executive pastry chef at Daniel, helping the Upper East Side restaurant achieve its third Michelin star, Ansel knew he was ready to pack up his whisks and open his own business.

His Dominique Ansel Bakery opened shop in 2011 with just four members of staff: two baking furiously in the kitchen, and two serving customers and making coffee. ‘I had nobody to wash dishes or take out the trash, I was doing it all myself,’ he remembers. ‘I even did some of the wiring and managed to electrocute myself a couple of times! I was working 20 hours a day and it was tough.’ 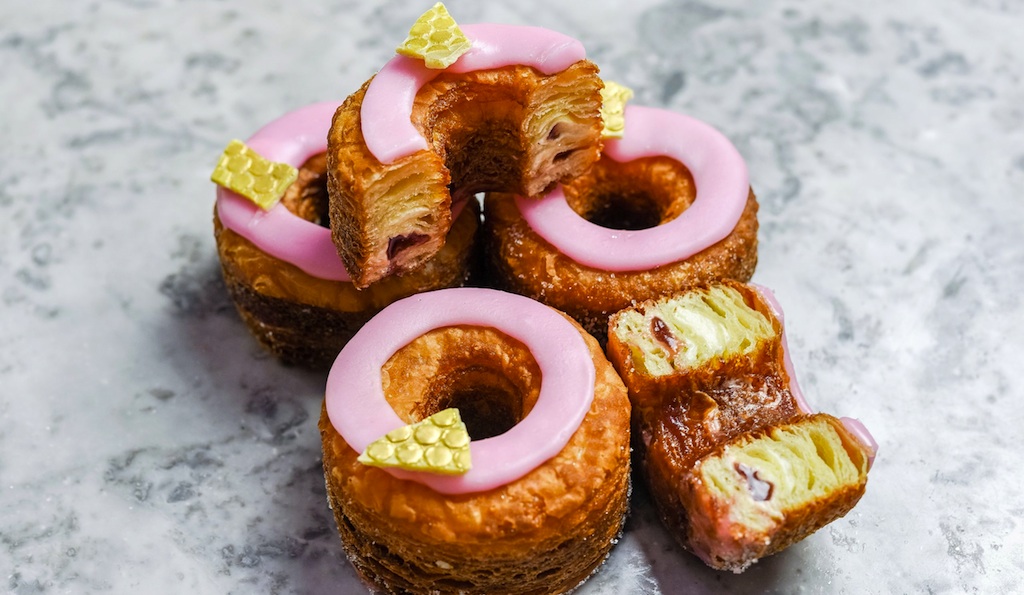 The bakery was a hit from the get-go, regularly selling out of pastries by 3pm. Then in 2013, Ansel invented the cronut. The love child of a doughnut and croissant (taking its shape from the former and substance from the latter), the cronut comes filled with flavoured ganache and usually a jam, too, and each new iteration is available only for a month. Lauded as revolutionary to the pastry market, it soon went viral. Suddenly, the world knew Ansel’s name and his bakery became a bucket-list destination for tourists visiting Manhattan.

Locals who had previously complained about supply shortages now faced competition from an international market keen to get their hands on Ansel’s delights. Every day, a batch of cronuts would go on sale at 8am only to sell out 10 minutes later. And those who were lucky enough to bag one had often been waiting outside the shop for hours. 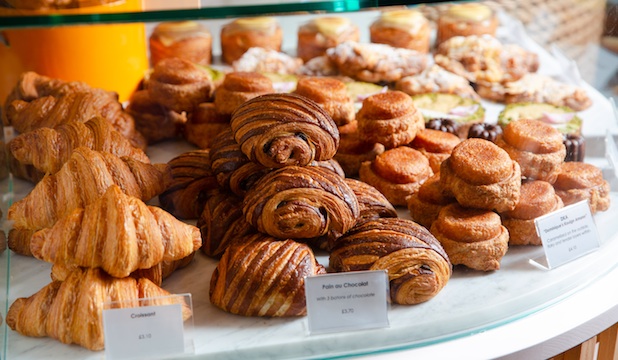 The success was enough to allow Ansel to open a second bakery in New York in 2015, followed by a London outpost in Belgravia the following year and a bakery-cum-restaurant in Los Angeles in 2017. The first two months of 2020 have already seen Ansel open a further bakery in Hong Kong – serving original and nostalgia-inducing takes on local pastries – followed by Dominique Ansel Treehouse in Covent Garden.

‘I love change,’ says Ansel, who insists his favourite cronut flavour is always the one they're selling at the time. It’s this thirst for reinvention that has driven Ansel to branch into savoury territory in recent years – first with his 189 Restaurant in LA and now with Dominique Ansel Treehouse in London. 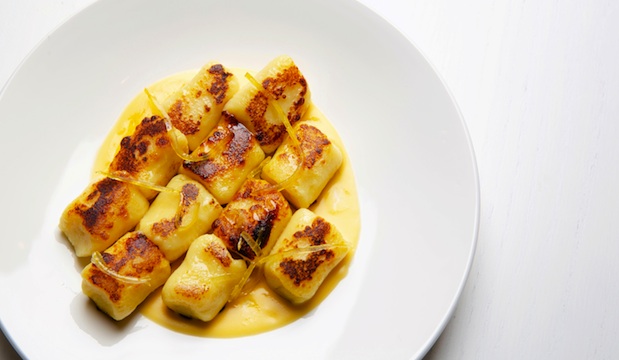 ‘As a pastry chef, I knew I wanted to put pastry first,’ he says of the new opening. ‘So almost every dish has something pastry-related in it’.

The space itself is playful inside and out, with foliage snaking up the walls and creeping along the ceiling, while wooden interiors, fairy lights and sunken seating create an atmosphere worthy of its name. 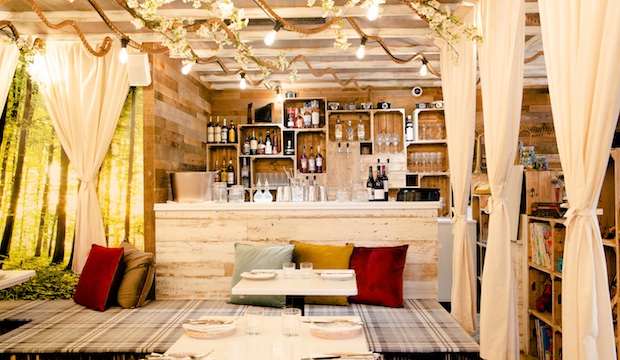 The ground-floor counter boasts rows of glossy tarts, six of which are new inventions exclusive to Treehouse. The restaurant menu, meanwhile, features a selection of small plates, including fluffy, pillowy gnocchi pieces submerged in a gooey sauce of mimolette and comté; and a cream of plum tomato soup en croûte, for which diners must tap into a puff pastry topping that flakes into the soup as a substitute for bread. (Do get the bread basket, though: a showcase of the variety of things Ansel and team can do with dough.) There are larger dishes, too, of which the roasted baby chicken and vol-au-vent are lovingly made tributes to Ansel’s French roots.

As for location, London was an obvious choice. ‘For me, London has one of the most exciting food scenes in the world,’ says Ansel who, when in the city, can be found dining at his favourite Spanish joints Barrafina and Sabor. ‘The chefs here, along with those in New York, Paris and Hong Kong, are open-minded and have access to great produce.’ And why Covent Garden? Ansel fell in love with the site on ‘beautiful’ and ‘charming’ Floral Street as soon as he saw it. 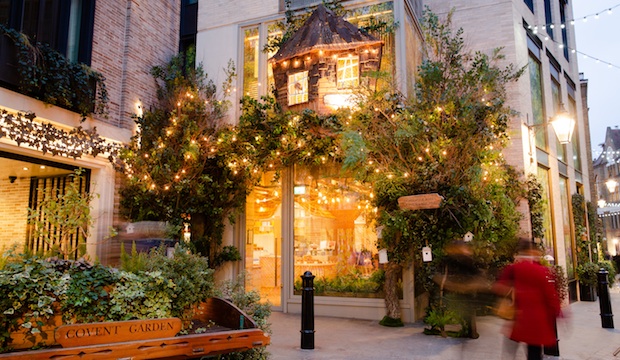 A crucial point to note if you’re a fan of Ansel’s most famous invention is that Treehouse does not, and will not, stock the cronut. ‘It’s a beautiful creation and we have it in our Belgravia bakery,’ says the chef. ‘Here, I want to show people what else we have to offer – and we have a lot.’

Is Ansel really ready to move away from the cronut, the product that has planted his name on the global map of pastries? ‘I wouldn’t say I’m moving away, I’d say I’m moving forward,’ he says, practically. ‘For me, it’s about finding new ways to reach out to people and creating pastries that bring childhood memories flooding back. That’s what I love doing.’

It’s a worthy ambition. But, having already created one viral sensation, does Ansel feel pressured to create another? ‘I don’t feel pressured by that because you cannot calculate [the success of a pastry] before you create it. Sometimes people like what I do, sometimes they love it,’ he grins. ‘For me, it’s about challenging myself to be creative and challenging my team to be so, too.’