2 CW readers are interested
Eggslut, Notting Hill Eggslut, Notting Hill Holly CW
The first UK branch of LA’s problematically-named yet serially-followed Eggslut opens in London this summer. The mini chain harbours a niche in the fast food scene, making eggs the star of every dish on the menu.

Founded in 2011, Eggslut’s LA offering has since been joined by four sister restaurants across California and one international branch in the Lebanese capital of Beirut. The UK opening marks the restaurant group’s first in Europe. Eggslut’s London branch can be found on Notting Hill’s Portobello Road, but the restaurant previewed its egg-led wares at foodie festival Taste of London back in June.

The egg-centric menu features a selection of egg-filled brioche rolls and specials, such as the the wince-worthingly named ‘Slut’: cage-free coddled egg on top of a smooth potato purée, poached in a glass jar, topped with grey salt and chives, served with slices of baguette. 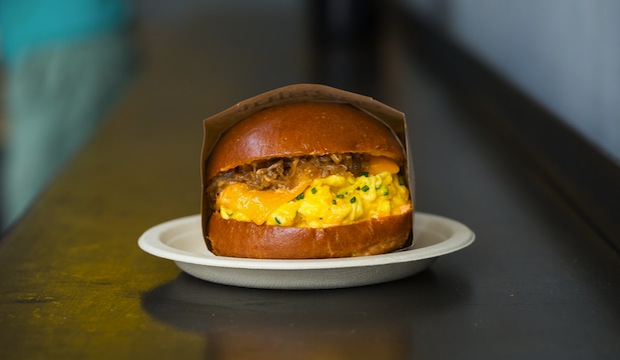 The Fairfax bun at Eggslut

There’s no such thing as over-egging it at Eggslut. The restaurant serves its favourite ingredient for breakfast, lunch and dinner. So if you can’t get enough of the humble egg either and wish breakfast menues were served throughout the day, here’s where to satisfy your yolky cravings. 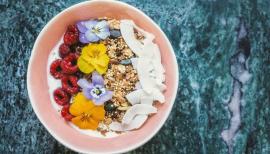