What do you do if you’re a celebrity with money in the bank and a drive to pursue something different from your day job? If you’re based in New York, you might open a bar. Ralph Lauren’s The Polo Bar in Midtown; Amy Poehler’s Zula Wines & Spirits in Brooklyn; and Robert De Niro’s Locanda Verde in Tribeca are all examples of New York bars run by celebrities.

If you’re based in London, you're more likely to open a pub. Sir Ian McKellen was ahead of the trend, buying the lease for Limehouse pub The Grapes back in 2012, but he's not the only movie star-cum-landlord in town.

While we can't promise you'll have your drink poured by a superstar, or even see them on your visit, here are the London pubs and bars owned by famous faces. 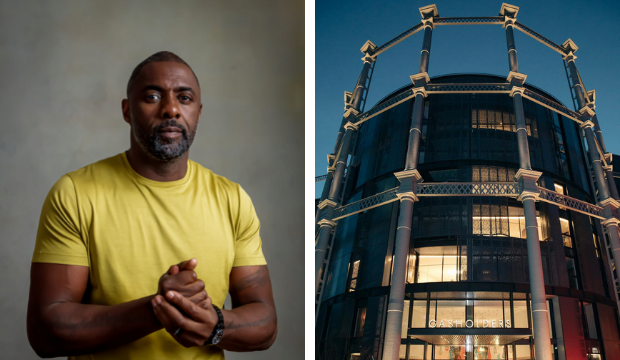 When actor, producer and DJ Idris Elba opened a London cocktail bar, The parrot, back in 2018, many blinked in disbelief as the star of The Wire and Luther turned his passion for proper cocktails into a business. The Parrot has since been shuttered, but Elba’s voyage into the drinks industry has continued. Except, he’s since changed tack, sailing into the world of fine wines with the help of Connaught Wine Cellars founder David Farber. Together, the pair have launched their own Provence rosé and blanc de blancs Grand Cru Champagne under the brand name Porte Noire. And to offer their clientele a dedicated space to drink it, they’ve launched a bar, also called Porte Noire, in a polished nook at the foot of the striking Gasholders just off Regent’s Canal towpath.

Here, customers can browse glossy cabinets of big-budget bottles, which can be enjoyed with a French brasserie-style menu spanning light platters of charcuterie and larger dishes such as oeuf meurette. If you like what you try, or would rather uncork a bottle in the comfort of your own home, you’re in luck: Porte Noire doubles up as a bottle shop. 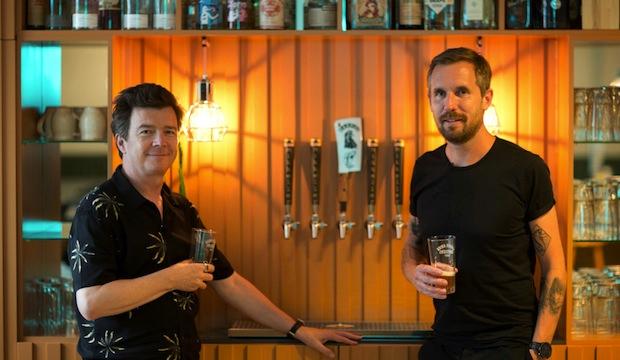 The 80s pop sensation turned meme icon, Rick Astley, joined forces with trendy Danish microbrewery Mikkeller to open a London outpost of the Copenhagen-based chain of the same name. Mikkeller was founded by Mikkel Borg Bjergsø and Kristian Klarup Keller back in 2006, and has since grown into a popular hangout for hipsters who love their hops.

Thanks in part to Astley, fans of the concept can sip craft beer in a minimalist, Scandi-chic setting without leaving London. Astley’s Mikkeller can be found in Shoreditch and is pretty much a carbon copy of its Danish siblings with wooden interiors, exposed light bulbs and a chalkboard where the day's specials are scribbled. 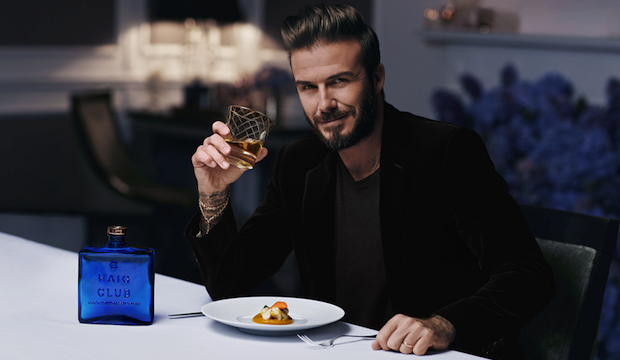 The pub co-owned by Guy Ritchie and David Beckham: The Walmer Castle

In the autumn of 2018 it was announced that football superstar David Beckham and filmmaker Guy Ritchie had joined forces to buy The Walmer Castle pub in Notting Hill. In what was a £3 million deal, Beckham and Ritchie bought the London pub and announced plans to give it a Soho House-style makeover.

It’s not yet certain when the renovations will be carried out – in the meantime the traditional-looking pub with its high ceilings and wooden furnishings continues to operate as before – but one thing we’re pretty certain of is that once the makeover is complete, the shiny new establishment is likely to attract a whole lot of A-listers, swanky types and fashionistas to Ledbury Road. 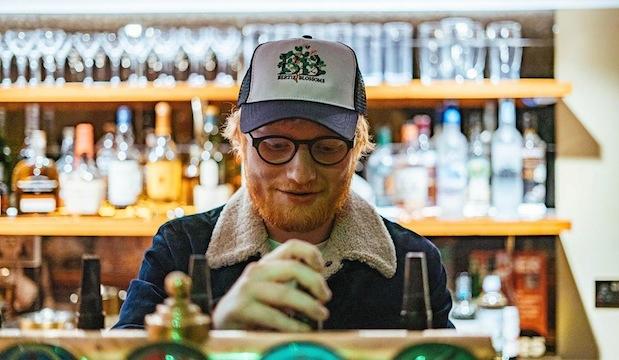 When Ed Sheeran took an eight-month hiatus from music back in August 2019, he wasn't secretly working on a new album behind the scenes. The four-time Grammy award-winning singer was doing up a pub, Bertie Blossoms, on Portobello Road in Notting Hill.

The pub, which opened in September 2019, is managed by Sheeran’s business partner Stuart Camp, and is set over two floors with plans in the pipeline for it to double as a music venue. The name Bertie Blossoms is a nod to both Sheeran’s wife Cherry Seaborn (think cherry blossoms) and Camp’s partner Liberty Shaw (Bertie being a nickname for Liberty). Awww. Sheeran is, in fact, no stranger to the pub business: he already owns the Lancaster Lock pub on his estate in Suffolk, the name of which is also a nod to Seaborn. 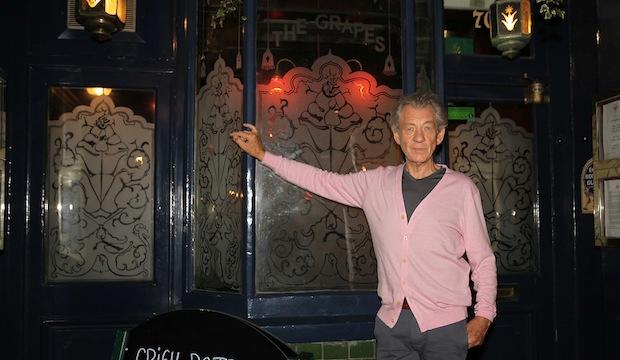 The pub owned by Sir Ian McKellen: The Grapes

When you think of Sir Ian McKellen’s achievements, his portrayal of Gandalf in The Hobbit and The Lord of the Rings films probably comes to mind first, followed by his LGBTQ+ activism and lengthy career performing Shakespeare on the stage. What you might not know about Sir Ian, though, is that the 80-year-old also owns a pub, The Grapes, on Narrow Street in Limehouse.

Sir Ian bought the lease for The Grapes with his former partner, the director Sean Mathias, in 2012. The pub itself, which overlooks the Thames, was built back in 1720 on the site of an even older pub. Sir Ian reportedly pours the odd pint himself and occasionally leads the weekly pub quiz.

2021 has been another big year for Sir Ian, who has followed on his 80th birthday memoir tour by playing the titular role in Hamlet followed by Firs in The Cherry Orchard, both at Theatre Royal Windsor. The Olivier, Tony and Golden Globe-winning actor may well drop into his pub for a well-deserved pint now and then. 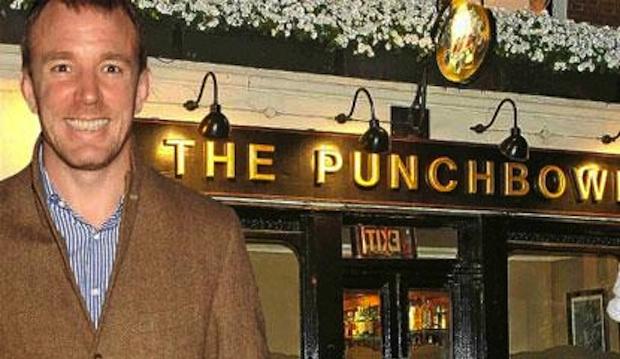 The pub owned by Guy Ritchie: The Lore of the Land

Guy Ritchie, the filmmaker and ex-spouse of Madonna, is no stranger to the pub business. Back in 2008, he and Madonna bought the Punchbowl, a Georgian pub in Mayfair, which Ritchie later sold in 2013. Then in August 2018 – not long before he went in on The Walmer Castle deal with David Beckham – Ritchie bought The Lukin on Conway Street in Fitzrovia, announcing plans to reopen the pub with a new name: The Lore of the Land.

Unlike many celebrity pub owners, who have practically nothing to do with the running of, and produce sold in, their premises, Ritchie is reportedly a more hands-on pub owner. The 51-year-old director owns his own micro-brewery, Gritchie, which operates out of a converted barn on his farm at Ashcombe House in Wiltshire. Ritchie called his first ever brew English Lore, a name which echoes that of his new pub.

The Lore of the Land operates under the umbrella brand of Gritchie Pubs and takes the shape of a traditional pub set-up downstairs with a farm-to-fork dining room up above.