Traditional Iranian meals and gourmet kebabs have come to Soho with Berenjak, a new restaurant backed by the prestigious JKS group

1 CW reader is interested
Berenjak, Soho Berenjak, Soho Joanna Taylor
With the opening of Berenjak in October 2018, the flavours of downtown Tehran can now be sampled in Soho. The modern kebab restaurant is backed by the Sethi siblings of JKS, a restaurant group whose glittering array of Michelin-starred restaurants include Trishna, Gymkhana, Lyle’s and Kitchen Table.

Taking inspiration from Tehran’s hole-in-the-wall kebab houses, founder and chef Kian Samyani reinterprets traditional Iranian dishes with seasonal British produce. If you sit in front of the open kitchen, you can witness this cooking take place in a theatrical display over a flaming tandoor, mangal barbecue and vertical rotisserie.

Inside the restaurant, the atmosphere is a mix of chic and homely, with stained-glass windows and bare brick walls overlain with cheerful Iranian rugs and cushions. A kebab is priced at £16.50 and we’d recommend you try the juicy poussin kebab marinated in sumac.

Alternatively, there’s aubergine baba ganoush with walnuts, or Khoresi, an Iranian stew made up of guinea fowl legs swathed in a saffron broth with onions, potatoes and barberries. There’s only one dessert on offer but it’ll perfectly round off a meal in traditional Iranian style: a Baklava ice-cream sandwich from Persian ice-cream store Darlish. 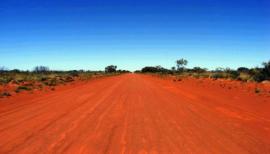 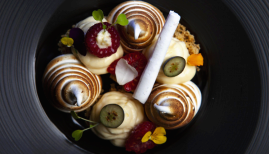