3 CW readers are interested
The Ivy Cafe St John's Wood, review 4 The Ivy Cafe St John's Wood, review Adam Bloodworth
In a nutshell: We didn't want to like the new breed of Ivy Cafes when they launched. Not because we disliked the brand - on the contrary, we loved it. But our feeling was that The Ivy - strong and proud and refurbished in Covent Garden - should be famous for being the ultimate flagship - the sole force behind a brand never really meant to expand.

But now that brand Ivy has grown considerably (Ivy Cafes and Market Grills are now in Kensington, Soho, Covent Garden and even Bristol), we've been forced to take notice - and while we still think that The Ivy need to watch their backs and avoid becoming the new high street restaurant giant of affordable luxury (is nothing sacred?) - we also have to say that new Ivy Cafe St John's Wood is really rather good. 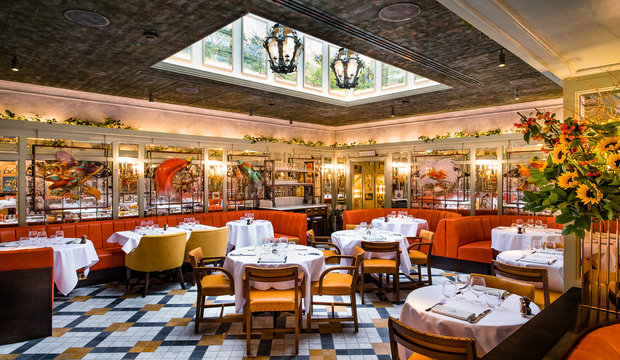 The welcome: Traditional to a tee. A bowler-hatted doorman offsets the silent uniformity of St John's Wood High Street with a touch of Kensington and Chelsea in Camden. The restaurant thrives on local custom, so naturally the service is attentive: playful, and consummately professional but never overbearing.

Bookings are taken, and while an all day menu is relieving news for those without a booking, evenings (particularly late-week and weekends) are likely to be chockablock.

The room: Martin Bruznizki Design Studio have made a stellar effort with the space, which will surprise regular Ivy customers. Rather than one large brasserie-style dining space, synonymous with The Ivy, Ivy Cafe St John's Wood has split into three discernible chasms of dining. They even borrowed extra space from the back of the property company next door. It creates delightfully intimate pools of people as you walk through the restaurant, where uniform burnt orange banquettes are the order of the day. The closeness really enlivens The Ivy's signature over-sized artwork, largely of animals, which hang with a half-cocked eccentricity on the walls. 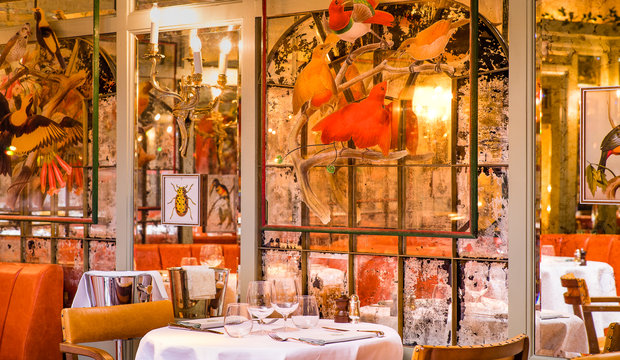 Everywhere else is, we're glad to say, as plush as the signature flagship itself: Art Deco glass shards mirror the statement open bar, and mozaic tiles show in their polish the reflection of big gold light fittings, like bird cages, above. The crowd are a cacophony of well-to-do locals who purr over their Christmas plans.

Food and drink: There's a reason everybody looks so happy at The Ivy - considering the luxury feel, the food is blisteringly cheap, so much so that ordering a main over £17 takes considerable work (unless you're getting the steak and in that case it's a few more pounds). The downside is that not much changes - you'll recognise the dishes from period films, or from yesteryear - but what good and reliable versions of classics these are.

Open all day, the menu encompasses every British tradition from elevenses to afternoon tea and more modern daytime food, and evening suppers.

We had the iconic Ivy Shepherd's Pie and gravy, where the tender lamb converged with sides of tenderstem broccoli, cooked perfectly and also served with fried root vegetables (perhaps The Ivy's most nnovative turn?) shaped like chips. A starter of chicken liver parvait was topped with hazelnuts and served with a pear and ginger compote. Those ingredients were mini boosters of texture to the gentle parfait that was so light it was almost a reduction. My guests told me the scallops were impressive, but a plate of tuna carpaccio was dressed with impractical oversized bulbs of pureed avocado. They were hard to spread, and a thick white creme fraiche drizzle did nothing to the tuna. 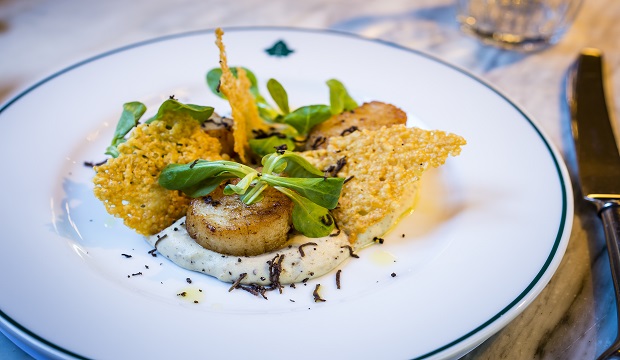 Less sole-less was the fish special, a fleshy masterpiece of a sole dish with a Seventies theatrical charm on the eye, presented as a whole. It had capers to cut through, and to add a salty freshness to the pillowy-dense fish. It went well with a bottle of Sancerre from a nicely edited wine list that wont bore - though a pre-dinner Ivy Cafe Royale (Hibiscus gin, sloe infusion, rose water and Cremant) was like a strong blackcurrant squash - it was probably just a bad mix.

The desserts are particularly camp renditions of age-old classics. There's the chocolate bomb, the panna cotta and the creme brûlée. We laughed joyously as we pulled apart the blackberry shortcake sundae: a robust tower of deeply creamy vanilla ice cream, full blackberries and chewy meringue.

Would we?! Again and again. We'd like the bar staff to lose their stiff dinner jackets, and for the rest of the high service to extend further toward tomorrow, rather than yesterday, but this is really just delicious luxury on a budget, and who can refuse that?