The annual Totally Thames returns for its 23rd iteration, offering a 50:50 split of virtual and physical events. Here are the highlights to catch

1 CW reader is interested
Totally Thames 2020: festival highlights to catch this year Totally Thames 2020: festival highlights to catch this year Hailey Wendling
The annual Totally Thames festival returns this September, offering an appropriate-for-2020 mix of digital and physical events – all of which are free – to celebrate one of London’s greatest and enduring assets: its river. The month-long festival runs as usual from 1 to 30 September out of different hubs along the 42-mile stretch of the Thames. Guided walks, art installations, storytelling and live musical performances are all part of this year’s programme, along with an all-new roster of ‘digital exclusives’, which can be enjoyed from home via the Totally Thames website.

The festival was established in 1997 by Adrian Evans, who remains its director. While there’s no annual theme to Totally Thames, in a year dominated by the coronavirus outbreak, Adrian hopes that the festival – which takes place almost exclusively outdoors – will entice people to head out and enjoy culture in a safe environment. ‘The way we’ve tried to think of it is as the “Thames unlocked”, encouraging people to get out and experience the river, and reclaim it,’ he says. 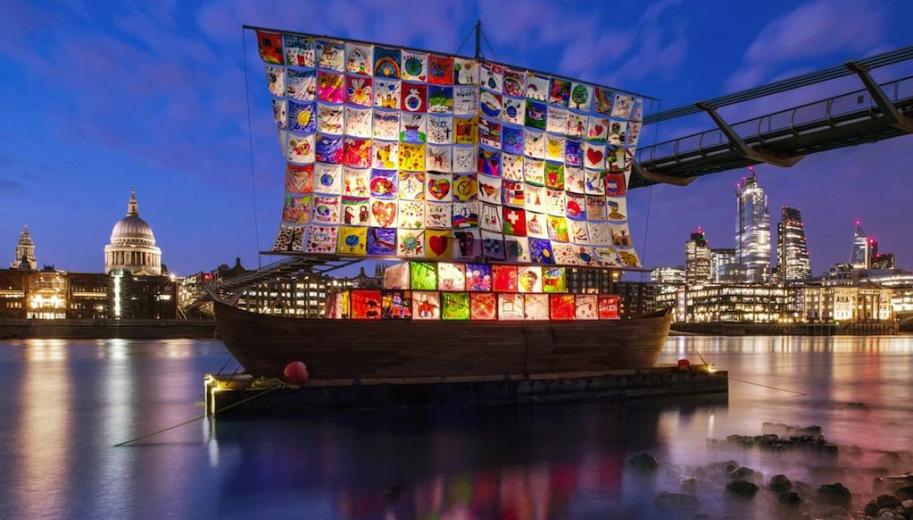 The Ship of Tolerance, a landmark attraction of the 2019 festival

Ordinarily, Totally Thames would comprise 100 live events, but with many installations and performances unable to take place (due to lack of rehearsal time or not being able to meet social-distancing requirements), the 2020 programme has been reduced 60 events, of which 30 are ‘digital exclusives’ with no live aspect and 30 are live. ‘There’s very little by way of live performance,' acknowledges Adrian, for whom the lack of choirs performing to a live audience has been one of the biggest losses.

Another major event which has been postponed until 2021 is the festival’s latest heritage project which will focus on Silvertown in Newham and the industrial history there. Meanwhile, the ever-popular sporting events – The Great River Race and oldest rowing race in the world, Doggett's Coat and Badge – have been deferred.

This year Totally Thames came close to not happening at all in physical form. Adrian and the artists involved had to plan for two festivals: one that would be entirely digital and another – the one we’ve (fortunately) got – which will run with social-distancing measures in place.

Rivers of the World 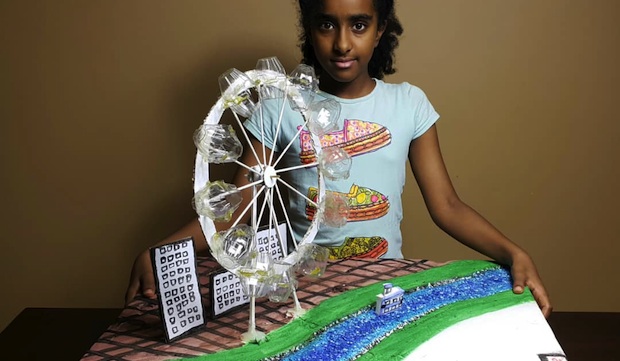 A pupil participating in Rivers of the World

Born out of the lockdown, Rivers of the World (1-30 September) is an exhibition of river-themed artworks created by secondary school children from their homes, under the guidance of professional artists, which is showing in a pop-up space at Riverside walkway outside Tate Modern. Far from being London-centric, the exhibition features the work of children from all around the UK as well as in six other countries (India, Morocco, Ethiopia, Lebanon, Sudan and Tanzania), with local artists in each location supporting those taking part.

Events on the river and along the foreshore… 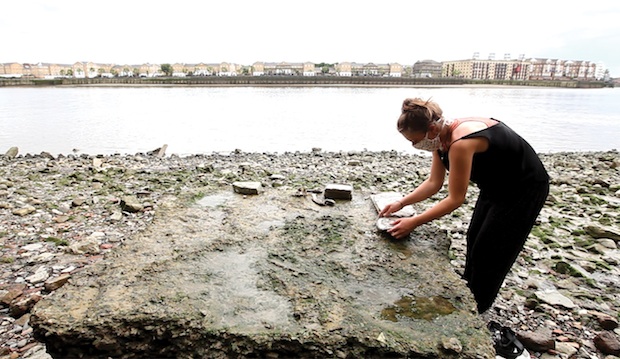 For those feeling confident in venturing out, there’s plenty happening along the river banks. Take to the waters and learn about the bridges we cross every day on a boat tour of Brunel’s London (1-30 September), or flex your steering skills on a sea kayaking taster weekend (Wednesday 5 & Thursday 6 September). For families, the Thames Tidefest (Thursday 6 September) is likely to provide bucket-loads of fun, from the chance to have a go at paddleboarding to cheering on London’s biggest angling competition. Those in search of atmosphere should book a ticket to the Timeless Thames Music Night on board Steamship PS (Wednesday 26 September), and for those keen to learn more about the history of the river and the city that’s been evolving around it for centuries, there are mudlarking events and foreshore-exploration workshops to get stuck into. 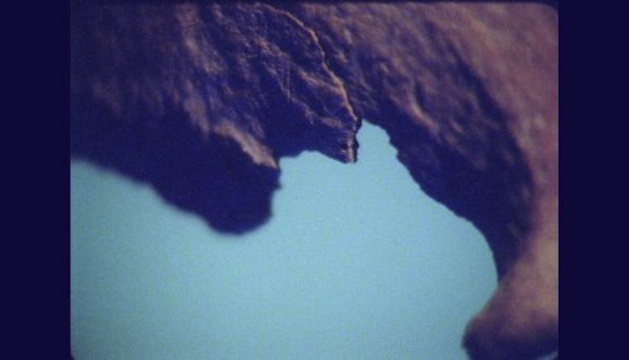 If you’re not yet ready to head back out, or are currently further afield, Totally Thames offers plenty to immerse yourself in from home. Epoch Beech’s The Masque of Blackness (1 – 30 September) takes viewers on a virtual moonlit journey from the Thames to the Rhine rivers in Europe to the Niger Delta in West Africa. Art-wise, check out River, a photographic journey through 150 miles of the Thames Path, and artist Rosalind Fowler’s project Tamesa, documenting her search for traces of the river’s past made by processing 16mm film using water collected at low tide.

Live from Under the Thames (Thursday 27 September) is a concert of new works from the Modulus Quartet that’s being streamed from the Brunel Museum. And animation buffs may want to stream an experience simply titled London Bridge, which takes the viewer on a virtual journey along the South Bank between London Bridge and Tower Bridge in a ‘web-based game world’ created by Henry Reichhold.

The Kids’ Choir and Sing for Water go online… 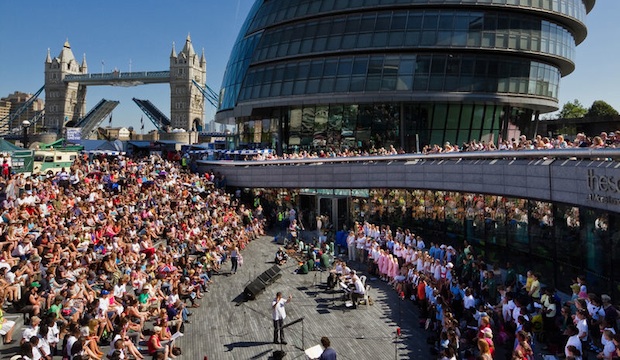 While the usual live concerts bringing together 250 pupils from London schools and 26 community choirs from around the country can’t take place this year, they haven’t been wiped entirely from the programme. Swapping its physical location of The Scoop for the digital realm, the Kids’ Choir and Sing for Water (the umbrella name for the community choirs that come together to raise money for Water Aid) is putting on a socially distanced choral performance, recorded live from classrooms and rehearsal studios, and being broadcast on the Totally Thames website (Thursday 27 September).

‘What we’re there to do is supply a bit of joy in these dark, Covid times,’ says Bradley. ‘The festival is all there and it’s all free. You can enjoy it from home or, if you’re up for it, it’s an enticement to get you back out again,’ he adds. ‘Joy is something we need a lot more of at the moment; hopefully we can provide some inspiration and pleasure.’ 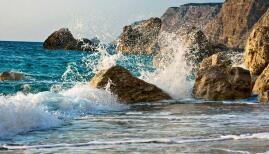