Western style is trending in fashion: here's some inspiration

Cowboy boots, top-stiched indigo denim, neckerchiefs and studs have all made a triumphant comeback for 2018. A touch of the Rodeo was evident in SS18 shows aplenty, from Dior Cruise to DSquared2, and the Bella Hadids of the world have oft been spotted punctuating sharp tailoring with gunslingin' accessories in recent months.

We welcome it's current resurgence in all it's tasselled, wing-tipped glory, so we're looking back to see how the trend has evolved over time - from mid-20th century Hollywood to the runways of Milan. Here are some of our favourite Western style moments: 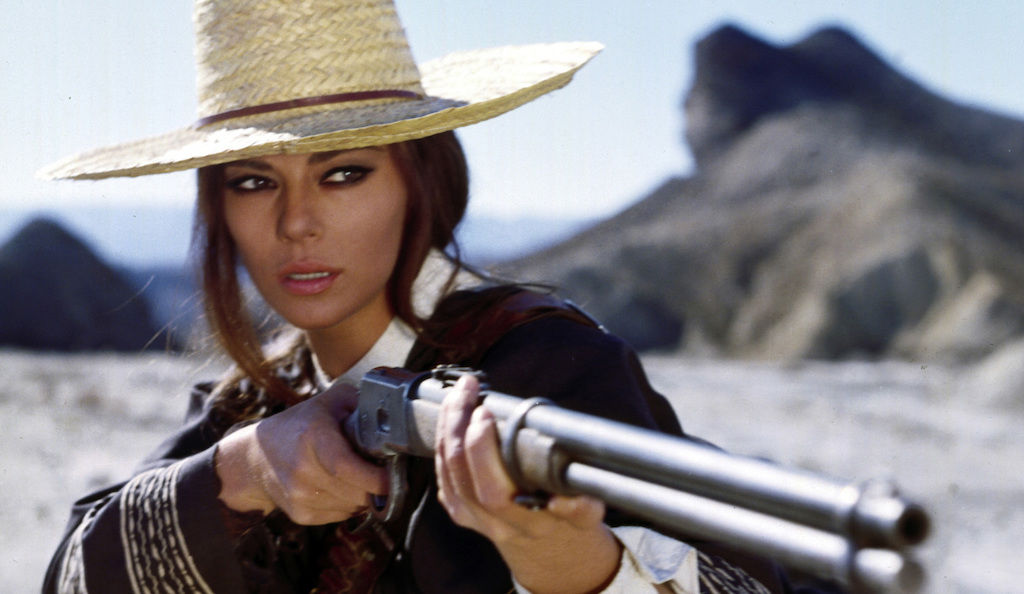 60s sex-symbol Raquel Welch often played her hand at the 'gunslinging babe' trope, starring in no less than four Westerns. Her portrayal of a freedom fighter in 100 Rifles has to be one of our favourite fashion moments, with all her suede, ammo, and big-brimmed weaved hats.

Some later called the film a 'Spaghetti Western' due to its Spanish filming location and Italian director, but there are many who consider it to be one of the genre's greats.