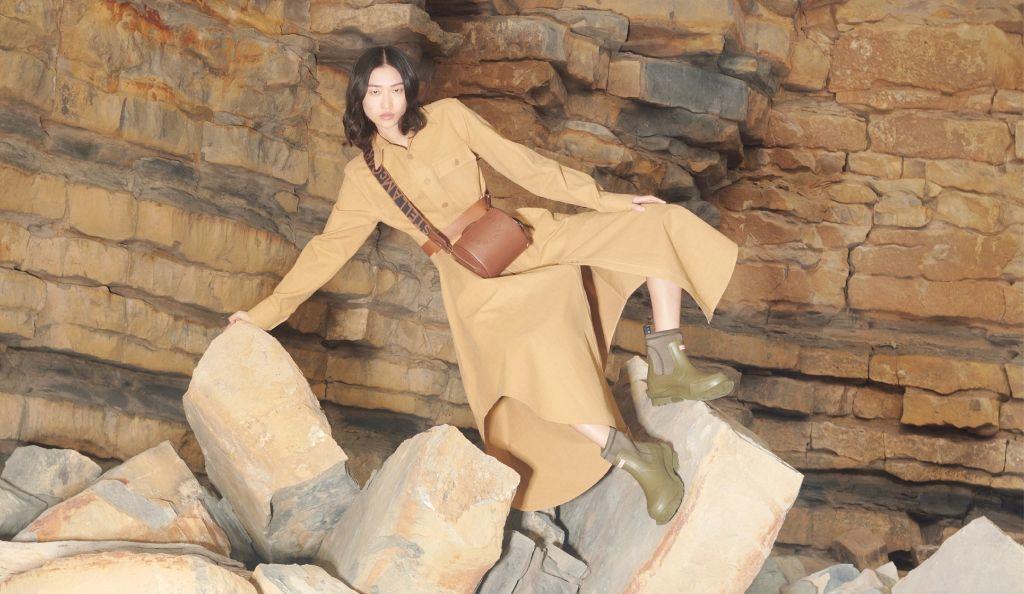 The British designer has joined forces with the heritage outerwear brand in order to create a new rubber boot that is being billed as the most sustainable ever made. 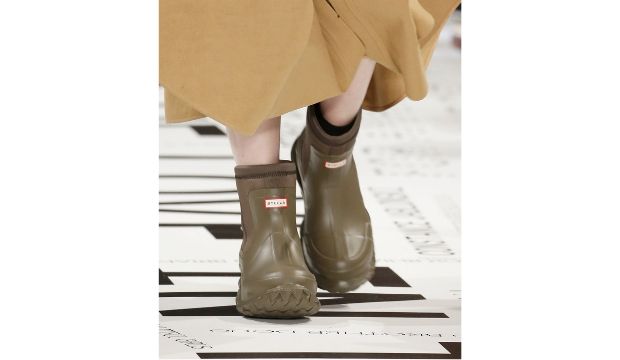 The boot, which made its debut at McCartney's Paris Fashion Week show back in February, uses sustainably sourced natural rubber from certified forests in Guatemala, guaranteeing that no rainforests were felled to farm the trees used and that the wellbeing of workers and local communities is protected.

The modern update on the classic ankle style features a stretch sock insert made from a material called Yulex™, which is also made from certified natural rubber.

Traditionally, neoprene would be used for this component, but the production of Yulex™ generates 80% less carbon dioxide without sacrificing much in the way of strength and elasticity. 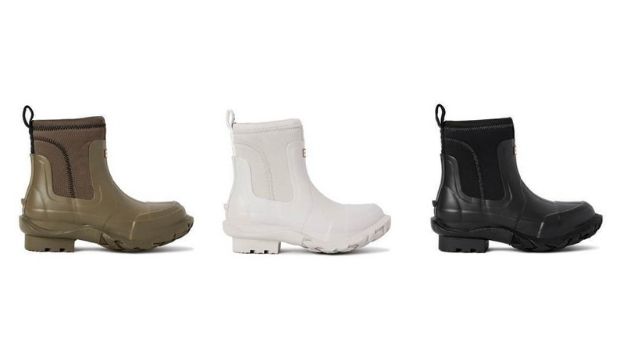 Stella McCartney is probably best known as the designer who brought sustainability and a respect for animals, nature and people to high fashion, while her ongoing collaboration with Adidas has led the sportswear giant to make strides towards sustainability, too.

It's no surprise that McCartney chose to work with Hunter for this collaboration: she is married to the brand's creative director, Alasdhair Willis, and the devoted duo make front-row appearances at each other's fashion shows.

This professional collaboration is a fusion of classic Hunter Wellington boot signatures and McCartney's flair for design. Updates include sculptural soles and treads that have been built out by hand, while sock inserts and webbed logo pull-tabs add a sense of sportiness. 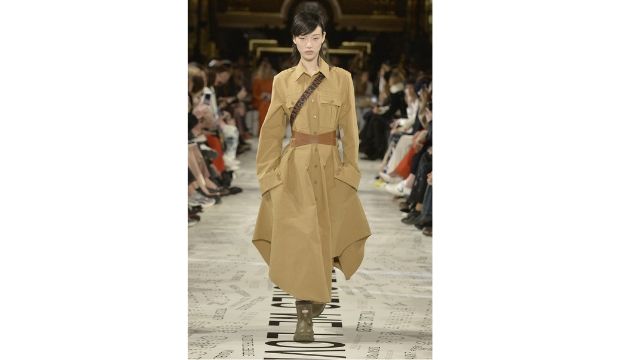 The style comes in three colours: black, olive and a pale 'clatter grey', and for a fitting final flourish the traditional Hunter logo has been replaced by 'Stella'.

Stella McCartney x Hunter boots for men and women will be available from Stella McCartney boutiques and online store on 10 September, the Hunter website on 16 September and global stockists from 18 September.