London charity shops for Second Hand September and beyond

Second Hand September got you thinking? We round up the charity shops London fashion-lovers don't want to share 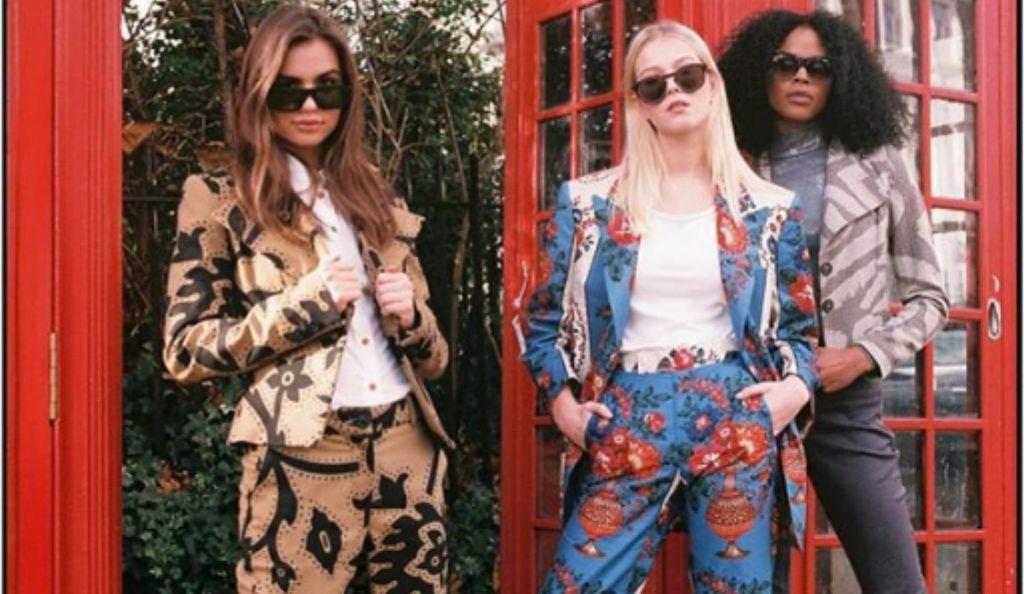 The charity shops in London are the stuff of fashion legend: from the A-lister-frequented spots to the place that's prime for party frocks, you can find almost anything, as long as you know where to look.

To some charity shopping is an occasional distraction, to others it's a way of life necessitated by a focus on sustainability, budget or, simply, personal style. But as new research from Oxfam reveals the extent of Britain's addiction to fast fashion it has never been more important to remove any stigma from second-hand clothing and bring it into the mainstream.

The UK's culture of charity shops is something to celebrate, it even inspired artist Miranda July to open one of her own in Selfridges back in 2017. 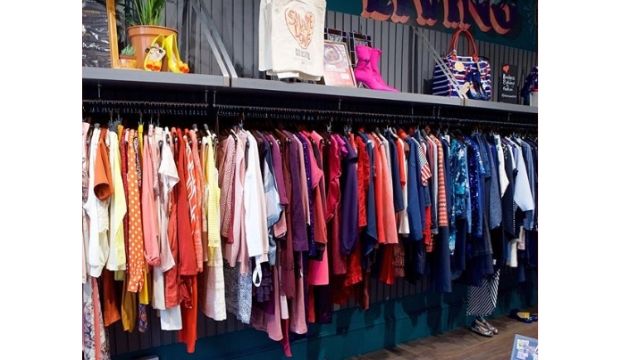 In support of its 2019 campaign 'Second hand September' in which consumers pledge not to buy anything new for a month, a study by Oxfam estimated that more than two tonnes of clothing are bought each minute in the UK, producing 50 tonnes of carbon emissions from growing materials and globally fractured production processes - the same as driving 162,000 miles in a car.

There are a host of sustainable brands looking to limit the use of virgin materials by using either dead stock or recycled materials, but ultimately shoppers need to get out of the habit of buying everything new.

Admittedly, charity shop trawling is less convenient than a quick Asos spree or Net-a-porter splurge, but building a wardrobe of unusual, well made pieces is infinitely more rewarding, not to mention better for the planet. As well as purchasing from charity shops, donation needs to become routine too, as Oxfam estimates 11,000,000 garments end up in landfill in the UK each week. 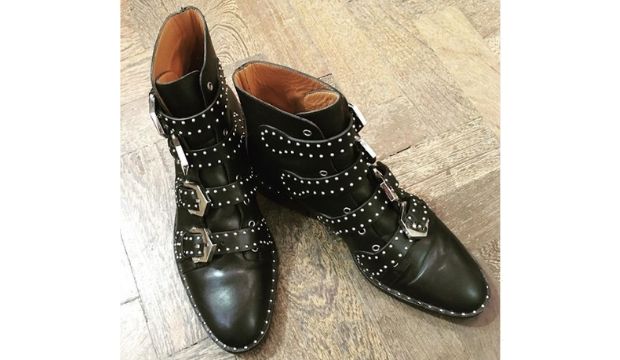 It might take a change of attitude, and sometimes shopping trips will be fruitless. But the satisfaction of knowing there aren't 10 identical items lined up on a rack makes it all the sweeter when you do stumble across something.

Luckily, London has rich pickings when it comes to charity shops from barely-worn designer finds to brand new items direct from retailers. Volunteers usually get first pick of donations, which means that a regular shift at a charity shop could be worth travelling for.

Many stores now showcase stock on their own Instagram accounts, though as these are run by volunteers rather than social media managers this isn't the most reliable way to keep on top of new stock.

If you're serious about scouting designer pieces then it's best to visit charity shops in affluent enclaves (Chelsea, Knightsbridge, Marylebone, Primrose Hill). Many charities recognise the worth of high end pieces and send them to their specialist or boutique stores where they're priced accordingly - albeit still for a fraction of the retail cost. 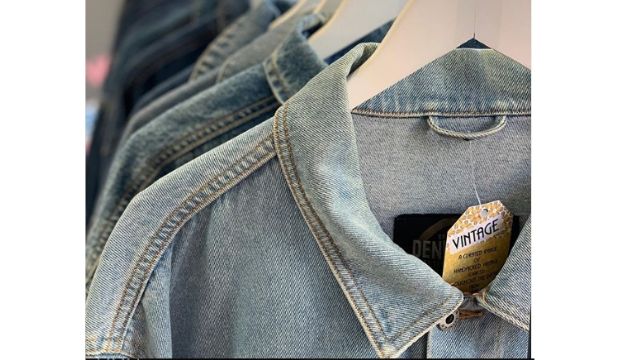 While you might stumble upon last season's must-have dress or shoes, pieces are more likely to be a few seasons, if not years, old. So look for timeless, well-made or interesting clothes, rather than a new-season fashion injection.

Fabrics like cotton, cashmere, linen and wool are traditionally signs of high quality clothing and be sure to look for signs of moth holes, armpit stains (inside and out), missing buttons or ripped seams.

If something you love doesn't fit or seems damaged, consider whether it can be tailored or repaired (and whether you'll actually make the effort to get it done) before discarding it entirely. 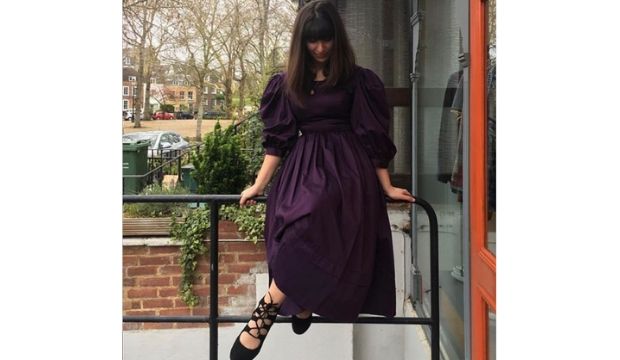 Thinking like this might mean its not cheaper than the fast fashion equivalent, but it can save something from landfill, you'll end up with a much more interesting wardrobe and the proceeds go to charity. Shopping second hand never sounded so appealing.

Read on for our guide to the best charity shops in London.

Cancer Research UK, Marylebone
This store had a makeover early in 2019, meaning it's no jumble sale. The charity also has a well-stocked eBay page - current auctions include a vintage Chanel boucle jacket and a Louis Vuitton scarf.
24 Marylebone High Street, W1U 4PQ

Socialism and bohemian spirit abound in north London, and charity shops receive bountiful donations of books, records and bric a brac as well as plenty of good quality clothing.

Mary's Living & Giving for Save the Children, Highgate Village
The charity shop renaissance owes a lot to Mary Portas who, a decade ago, set up the sort of second hand boutique many of us had always wanted. No dark and dusty corners here, just plenty of high quality clothing and enthusiastic staff. There are 19 branches in greater London designed to fit in with their well-heeled neighbours.
43 Highgate High Street, N6 5JX

Fara, Islington
This large, well-lit spot is a haven for the seeker of unusual and vintage pieces, with the occasional festival or fancy dress party piece thrown in for good measure. It also boasts one of the most creatively merchandised windows in the area. Fara Kids stores are also not only brilliant for baby and kids clothes, nursery items and toys but they often have maternity clothes and slings too.
28-32 Pentonville Road, N1 9HJ

Norwood, Golders Green
There are two stores here: menswear and womenswear. Both offer good quality second hand and direct from retailer pieces, with a good line in tailoring, shirts and formal shoes for men, and plenty of pretty blouses and dresses for women. Prices are less elevated than you'd find elsewhere in London.
84 (women's) and 87 (men's) Golders Green Road, NW11 8EN/8LN

Perhaps the denizens of east London are more clued up to the resale value of their clothes, but, apart from a few smaller shops dotted around, most vintage-seekers flock to Oxfam Dalston.

Oxfam Dalston
You'll find sequins, feathers and eye-catching prints-a-plenty at this large store, which makes it perfect for adventurous dressers, or those looking to up their game ahead of a festival or fancy dress party. There's also a good selection of books and music.
514 Kingsland Road, Dalston, E8 4AR

South London charity shops
The varied neighbourhoods of south London bring all manner of hidden gems as well as practical basics to build a wardrobe around.

Traid, Brixton
A buzzed about destination in its own right, this charity is known for its textile recycling scheme as well as selling second-hand clothes in their original state. There's plenty of colour and pattern to enliven your wardrobe.
2 Acre Lane, SW2 5SG

Retromania, Victoria
If you're interested in vintage clothing then you should know about Retromania, run by Fara. It brings together the best vintage and designer pieces from across the charity's network of stores. Serious vintage comes with a serious price tag, albeit still less than you'd pay in a ritzier venue.
6 Upper Tachbrook Street, SW1V 1SH

West London charity shops
Traditionally the well-off side of town, the wealth might have spread east but the giving spirit remains in full force. Some of the best charity shops can be found in ultra-exclusive neighbourhoods such as Knightsbridge, Kensington and Chelsea.

British Red Cross, Chelsea
One of the most popular and designer-stuffed charity shops in London, with donations coming from affluent locals, celebrities and businesses. The charity also has an eBay store, currently boasting Jimmy Choo heels and a two-piece from Isabel Marant.
Find it: 69-71 Old Church Street, SW3 5BS

Oxfam Boutique, Westbourne Grove
The 'boutique' branding means you should expect to find a class above other Oxfam branches. Designer pieces and vintage are complemented by the charity's collaborations and in-house selections of pieces, often made by artisans or from recycled materials. The Fitzrovia branch is also worth a visit.
245 Westbourne Grove, W11 2SE

Octavia Foundation, Knightsbridge
The flagship of this small charity's shops benefits from plenty of wealthy - and generous - neighbours with proceeds supporting people and community projects in the UK.
211 Brompton Road, SW3 2EJ