A film with a wardrobe so expensive it came with its own security, welcome to the colourful world of Crazy Rich Asians 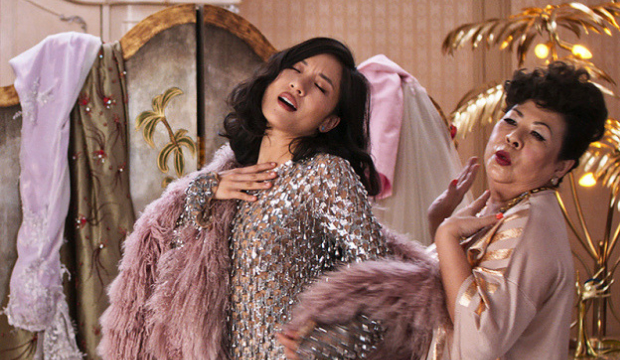 Crazy Rich Asians: Fashion
Crazy Rich Asians is more than a rom-com. It's the first all-Asian ensemble of a contemporary Hollywood picture in twenty-five years, it does away with karate-kicking, pidgin-spouting stereotypes of times past, and it presents an ensemble of well-rounded, believable characters.

And while the film remains grounded in its status as a benchmark for Asian representation, it's a tour de force in escapism – depicting decadence of unimaginable heights, with a style-o-meter that takes off at rocket speed.

With high fashion being so indispensable in the world of the Crazy Rich, critical was the task of costume designer Mary E. Vogt, who manoeuvred through the plot line using outfits and accessories as visual aids to the narrative.

While Eurocentric designers like Dior, Ralph Lauren, Bottega and Prada all enjoy cameos in the film, brandished like wealth-weapons at cocktail parties and bachelorettes, hyper-local luxury also gets its play in the spotlight.

From the museum-worthy designs of Hong Kong jeweller Carnet and A-list designer Alia Bastamam, to the up-and-coming Neil Felipp of the Philippines, Vogt was sure to promote the work of Asian designers with the help of editor-in-chief of Elle Malaysia, Andrea Wong. 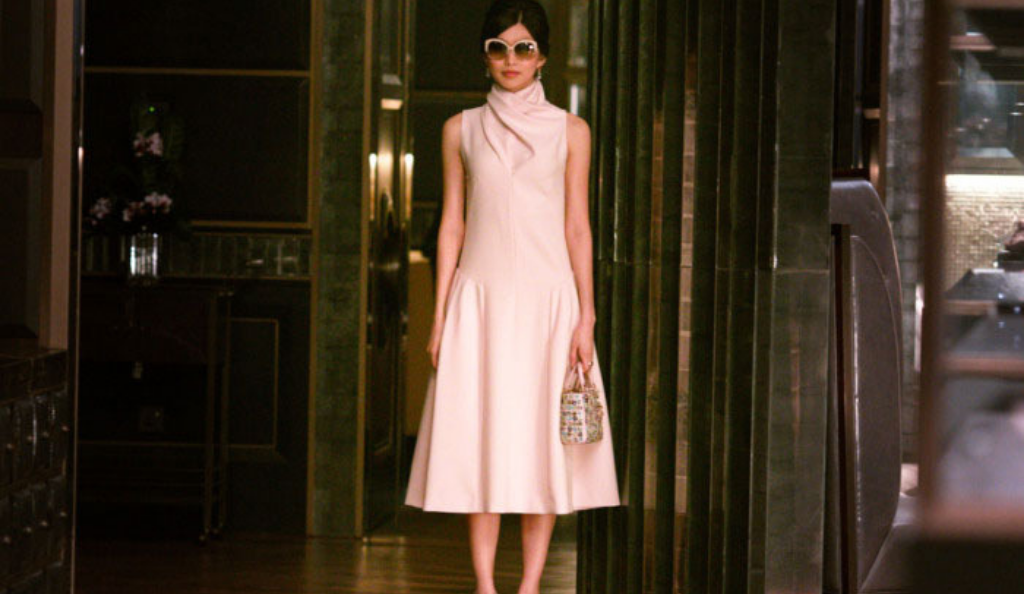 Astrid Leong-Teo is the character with the most sartorial gravitas. She sashays into the film in a blush, drop-waisted Dior gown and matching sunglasses, a look which – in our opinion is the crowning of the lot.

She bridges the classic with the modern, saturated with opulence – like the coloured Burmese pearl drop earrings she leaves the scene wearing, costing a cool £1.2 million.
Henry Golding as Nick Yeoung in a white linen suit: 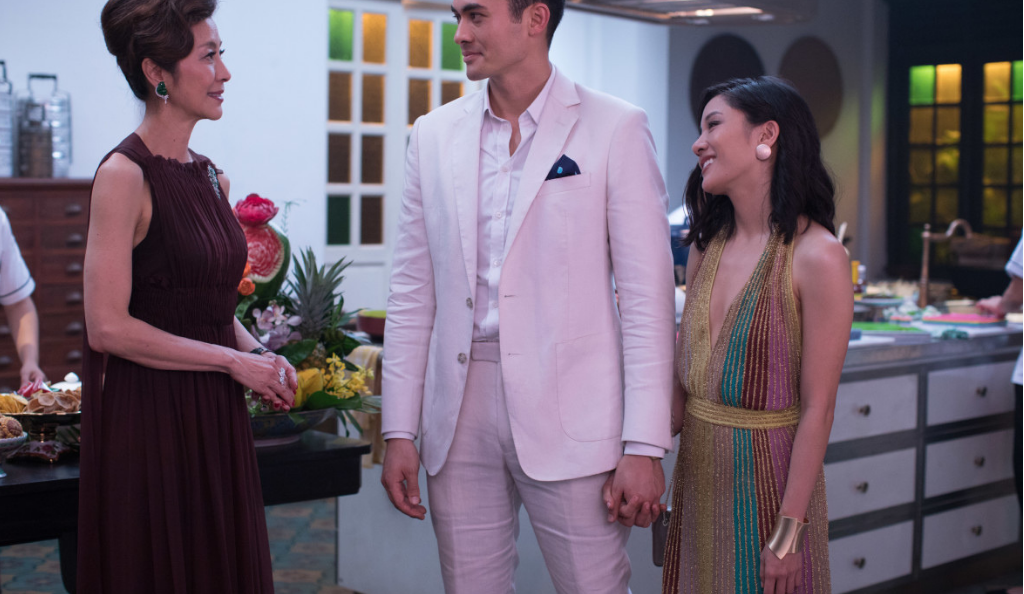 Nick Yeoung gets his Jay Gatsby moment in this impeccably elegant white linen suit, made by Kuala Lumpur custom suiting shop Lord's Tailor. The tailor was established in the seventies, and has since dressed the likes of Mel Gibson, Muhammed Ali and Jimmy Choo.
Michelle Yeoh as Eleanor Young in Ellie Saab 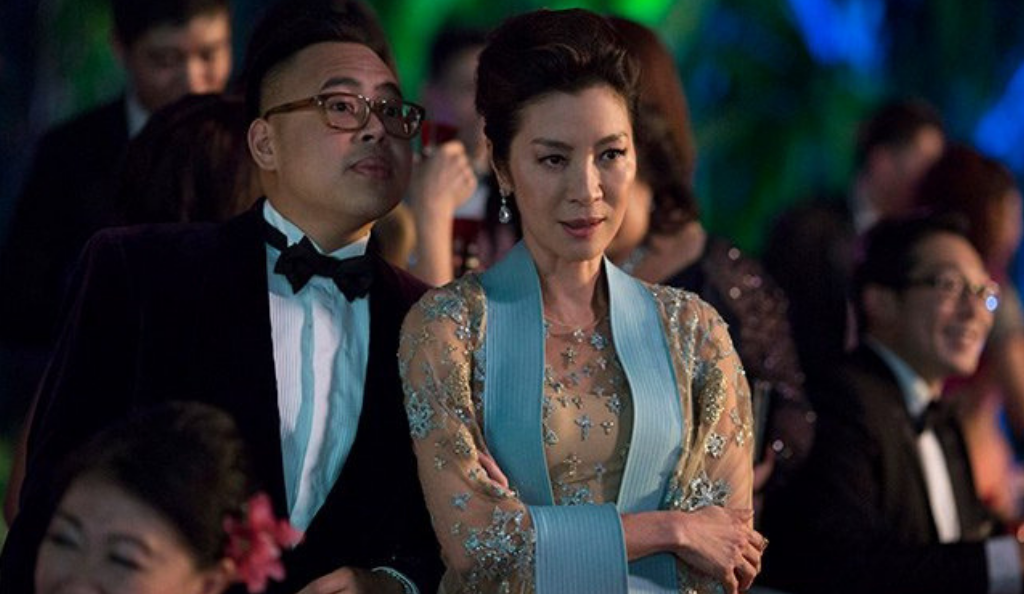 Stoic matriarch Eleanor Young, who gravitates towards old-money elegance and stears clear of logomania, wears a decadent Ellie Saab two-piece for the wedding reception of her nephew. Pale and blue, denoting her icy exterior, it's the perfect look for her role as the charming, cunning villain. The devil wears Ellie Saab.
Awkwafina as Goh Peik Lin in Stella McCartney 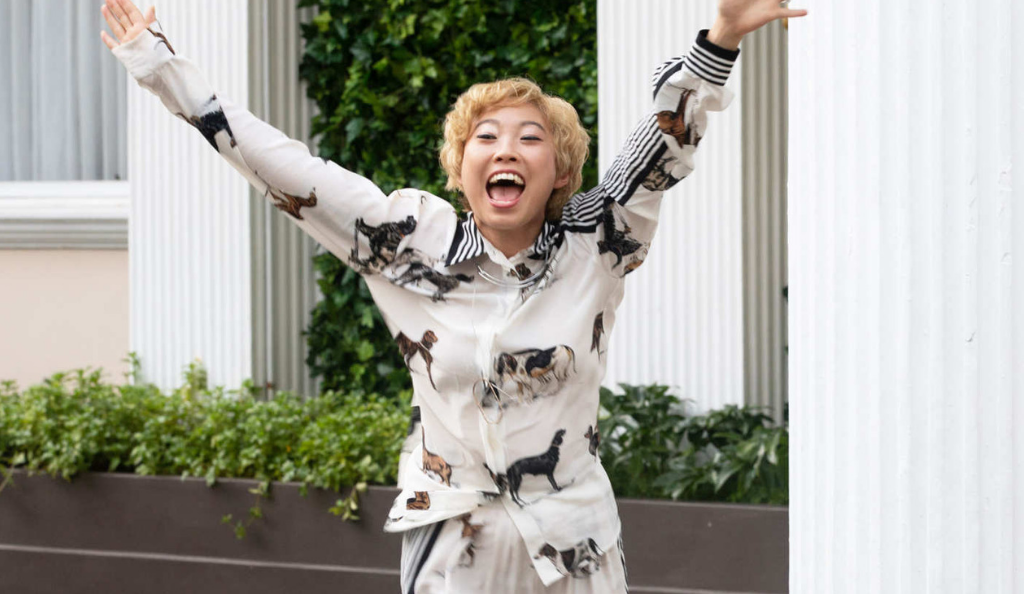 Awkwafina, who plays Peik Lin, Rachel's college friend, injects a whole load of personality into CRA. Her character is utterly eccentric and nouveau-riche in comparison to the classicism of the other characters, and that has been reflected in her wardrobe.

The Stella McCartney pyjama suit with dog-motifs she wears when greeting her friend, paired with the pixie-cut blonde wig she wears, she is the anithesis of the Yeong family.