Anya Hindmarch's heart balloons are suspended over and squashed into London's landmarks once again, especially for Valentine's 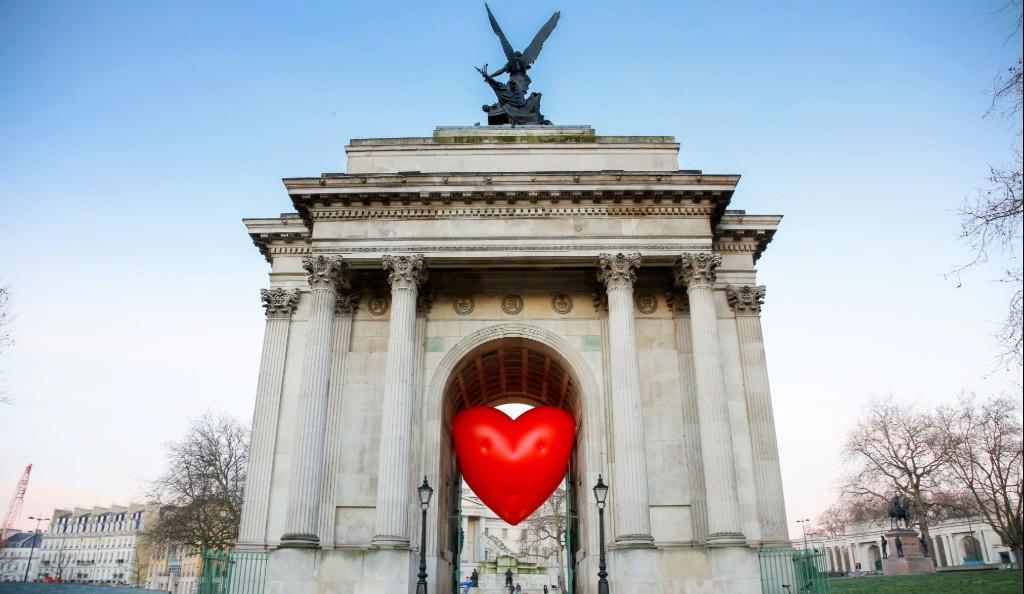 Anya Hindmarch Chubby Hearts: Valentine's Day
Fasion designer Anya Hindmarch loves to bring her creations to life. Her playful line of candles and concept store dubbed 'Anya Smells' with launched with a flourish of marketing stunts. Then, last year she won Londoners' hearts by sprinkling the city with giant chubby heart balloons, suspended and squashed into our most recognisable landmarks.

The oh-so-Instagrammable homage to romance saw Battersea Power Station, The Ritz and Wellington Arch all given the Chubby Hearts treatment.

'We have been overwhelmed by requests for us to run the Chubby Hearts Campaign again this Valentine’s Day,' Hindmarch reveals. 'So in tribute to our wonderful city London, a single Chubby Heart will appear once again in the iconic Wellington Arch. However, this time, it marks the beginning of an international Chubby Hearts Project to spread the love from London to other cities later in the year. Watch this
space.'

We look forward to seeing where the love hearts will crop up next. But in the mean time, it's a sweet reminder of the uplifting power of creativity. Mayor of London Sadiq Khan is a fan of the project, saying 'I'm delighted to see the Chubby Hearts return to the capital. It sends a clear signal around the world that London is open to creativity and talent, and always will be.'

It's certainly a sentiment to leave Londoners feeling warm and fuzzy this Valentine's Day. 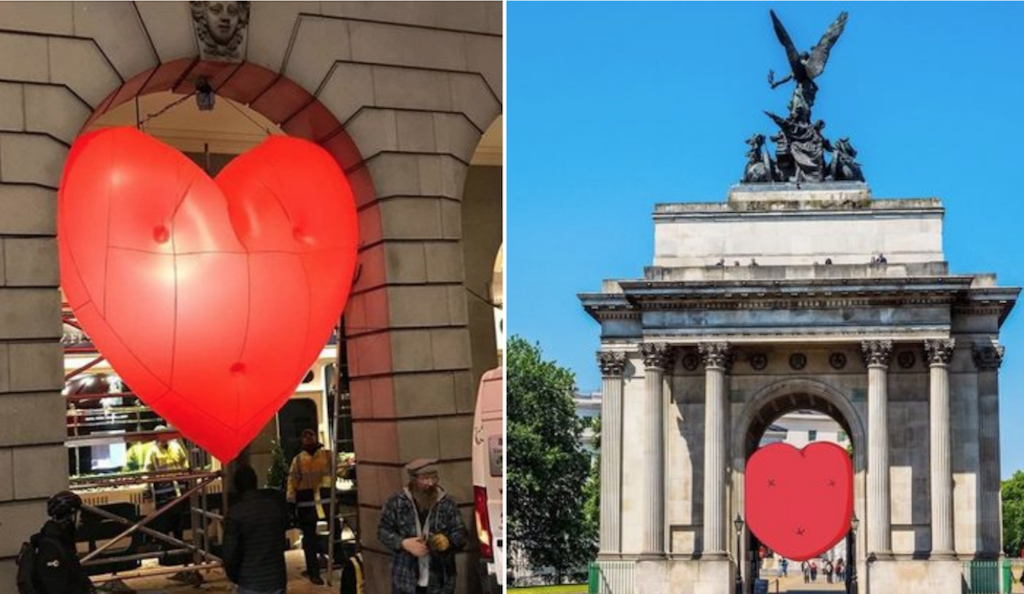 The official hashtag of the project is #CHUBBYhearts, which you can follow here