Brian Vernel interview: the young star on getting into acting and his role in the Royal Court’s Instructions for Correct Assembly

Brian Vernal on stage vs screen, pre-show nerves and getting into acting 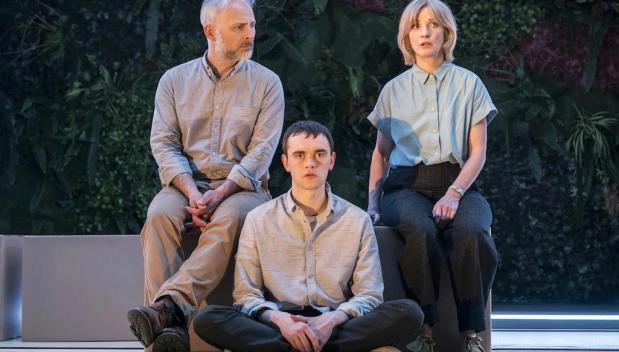 Brian Vernel in Instrutions for Correct Assembly
Actor Brian Vernel has already got several big titles under his belt – both in the film and theatre world. The 27-year-old starred in J.J. Abrams’ Star Wars: The Force Awakens and Christopher Nolan’s Dunkirk, before taking to the stage to star in Simon Stephens and Sean Holmes’ production of The Seagull at the Lyric Hammersmith last year. We sat down with Brian to discuss his current role, or roles, in the Royal Court’s production of Instructions for Correct Assembly. 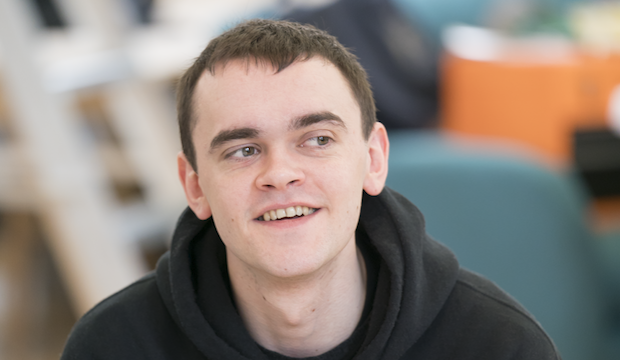 Culture Whisper: How did you hear about Instructions for Correct Assembly and what made you want to get involved?

Brian Vernel: My agent got in contact to ask if I’d be interested in reading for it. I read the whole script in about half an hour. For me, that’s a good indication: if I can read a play in one-sitting, I know I’m gripped. I got to the end of it and thought, ‘yeah, I’d like to do something like this’. From there it was a quick turnaround – I went in to audition the next day.

I hadn’t met Hamish (Pirie, Associate Director of the Royal Court and the director of Instructions for Correct Assembly) or Thomas (Eccleshare, the playwright) before, but I’d been to the Royal Court a few times to read for other productions. A couple of weeks later I was offered the part.

CW: You’ve starred in several high-profile films before as well as West End plays. How does the experience of acting in film and theatre differ for you?

BV: It depends on the job I’m doing and I swing between the both of them as to which I prefer. I studied at the Royal Scottish Academy of Music and Drama, so was exposed to theatre initially. Screen work wasn’t really on my mind until I got my first few film roles.

Theatre’s a totally different medium to film and requires a lot of mental endurance. A play can be tiring and you have to be in the right shape for the whole run. With a play, sometimes the rehearsals can be just as enjoyable as the performance. Whereas film can be quite bitty – you can do a week here then not be in for the next three weeks, before returning for a long stretch. 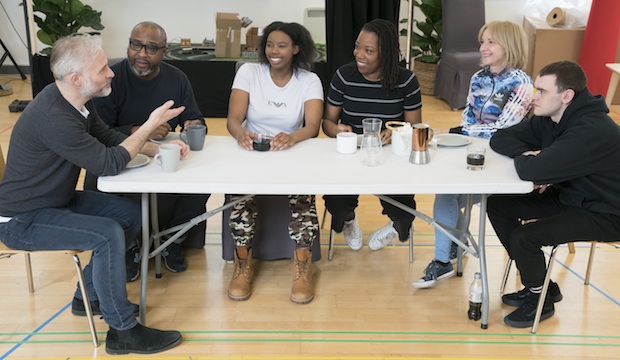 CW: You play both sons in Instructions for Correct Assembly – Nick who dies of a drug overdose and Jån, his parents’ flat-pack, robotic replacement. Can you empathise with either?

BV: I think everyone knows of someone who has gone down a wrong path, whether that be drug addiction or something else. To help me play the part of Nick, the biological son who died, I studied lots of documentaries on drug addiction, which helped make it accessible. Whereas playing Jån – who’s a kind of AI robot programmed to ingratiate himself into the family as the perfect son – is bizarre. I tried to find the right balance in rehearsals of making him both a robot and a person, so I play him slightly off-centre. Lots of people have compared Jån to Domhnall Gleeson’s character Ash in the Black Mirror episode ‘Be Right Back’.

CW: Despite the fantasy, sci-fi element, it’s a relatively dark subject matter. Do you feel the need to distance yourself after performances?

BV: Not so much to be honest. When I was playing Konstantin The Seagull, I’d feel drained by the end of the show. But the scene switches are so seamless and quick [in Instructions for Correct Assembly] between those where I’m playing Nick to those where I’m Jån, I don’t have time to dwell on what’s just happened. In a technical sense, too, everything’s moving so fast – it’s an hour and 40 minutes with no interval – you just feel like you run your race and then that’s it.

CW: Do you ever get nervous before performing in front of a live audience?

BV: I think everybody gets a build-up of nerves in some way. I try to just deal with it, though. When I was younger, I used to have to get myself into a place where I was quite hyped up before going on sage, but now I’m slightly older, I feel I actually do my best work when I’m relaxed and calm. I’ve got a meditation app which I use to try and suppress nerves. 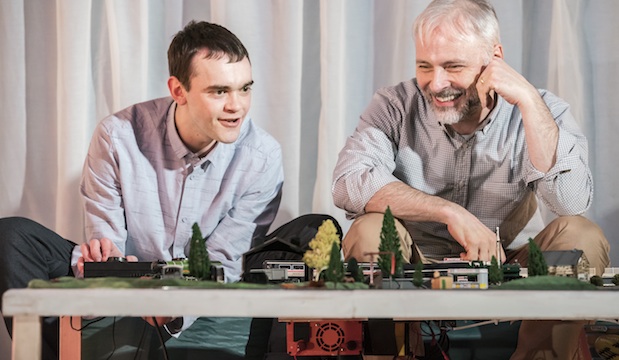 CW: How has the creative process behind Instructions for Correct Assembly differed from that of other plays or films you’ve acted in?

BV: It’s been a massive team effort in a way other things I’ve been in hasn’t – partly because it’s a new play, but also because the subject matter is quite strange, so we’ve had to work together to try and find the right pitch for it. It’s been a really collaborative process between everyone in the company – writer, director cast and technical team.

It’s also the most technical play I’ve been in and a lot of things about it didn’t become apparent until the stage tech. For example, Hamish can say in the rehearsals ‘this is when a conveyor belt will come along and your head will over here but your body will be here’, but you don’t know the logistics of how it will actually work until you’re walking through it on the stage.

CW: Over your career as a whole, who have been the stand-out professionals you’ve enjoyed working with?

BV: I’ve been fortunate enough to work with a lot of great people. I’ve loved working with everyone in this cast and I’ve been lucky enough to work with Michelle (Austin, who plays Laurie) three times now. It’s been great working with Hamish, too – he’s got a real enthusiasm for his work and he’s good at motivating people and getting the best out of us. I also loved working with Lesley Sharp in The Seagull. In terms of big names, I did a scene with Harrison Ford in Star Wars: The Force Awakens, but you can be in films with big names – for me, Tom Hardy and Cillian Murphy – while not actually working with them, because you don’t have any scenes together. Still, you appreciate they’re great to watch. Dunkirk was a lot of fun because I was part of a group of boys of a similar age. We filmed together quite a bit and we’re still in touch now. 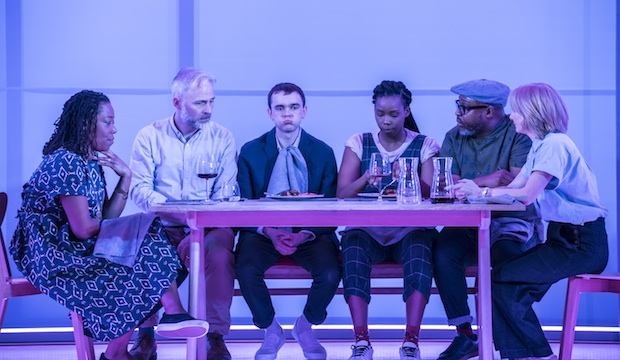 CW: How did you get into acting in the first place?

BV: I got into it quite late in comparison to other people. I studied drama at high school and went to a youth theatre class when I was 15, but I didn’t think of it as a career option. After high school I accepted a place at Glasgow University to read Scottish Literature, but a month before the course started I decided I didn’t want to do it. It was too late to apply for drama schools by that point, so I did a one-year foundation course in acting, then went to drama school when I was 20.

CW: Have you got anything lined up yet for after Instructions for Correct Assembly?

BV: No, I genuinely don’t. I’m in talks about a few things but nothing’s scheduled yet. I’ve been in two plays back-to-back now, so it would be good to do some screen work. I’ve enjoyed both plays so much, so if I do leave theatre for a while it will be with a good feeling about it.

CW: Finally, do you have any longer-term goals of things you’d like to achieve in your career?

BV: I like to take things as they come. Parts that I wanted to play or be involved in a couple of years ago are totally different to those I’m interested in now. So I just try and choose what feels like the right next project and make it something I know I’d enjoy seeing or being involved in.

Instructions for Correct Assembly is playing the Royal Court until 19 May. Click here to book tickets.