The Japanese House: Architecture and Life after 1945, Barbican

Japan's home design is far from domesticated. For the first time, a major London exhibition explores Japanese post-war architecture in all its wildly radical glory

The destruction of Japan's major cities in World War Two was devastating and in the aftermath there was a serious need to build new homes. They came rapidly. But '60s style English flats they were not. The single family home in Japan became the subject of increasing experimental design projects. 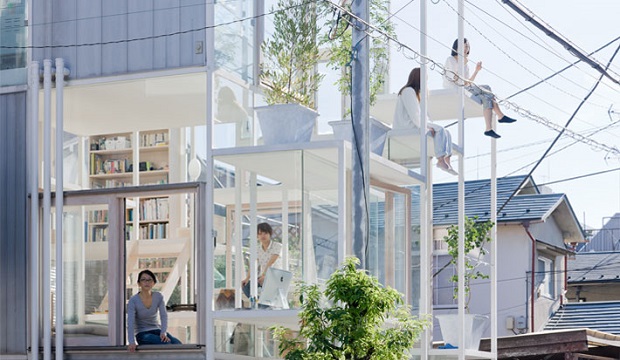 Often small and perfectly formed, unlike housing in other parts of the world, Japanese houses were typically not built to last and are allowed to disintegrate after twenty years or so. This is partly due to the threat of earthquakes. Japanese houses are often built with wooden frames and radical designs not intended to be kept for posterity.

Conversely, though many homes were not built to last, short term thinking has allowed extraordinarily creative design, and plenty of examples worth keeping.

The trend continues- today, Japan is the country with the greatest proportion of registered architects for its population.

The exhibition is in collaboration with Kenjiro Hosaka (National Museum of Modern Art, Tokyo) and Pippo Ciorra (MAXXI, National Museum of the 21st Century Arts, Rome) and, as well as architecture, will feature photography, cinema and art.