V&A East: A new museum inspired by Balenciaga is set to open in Stratford 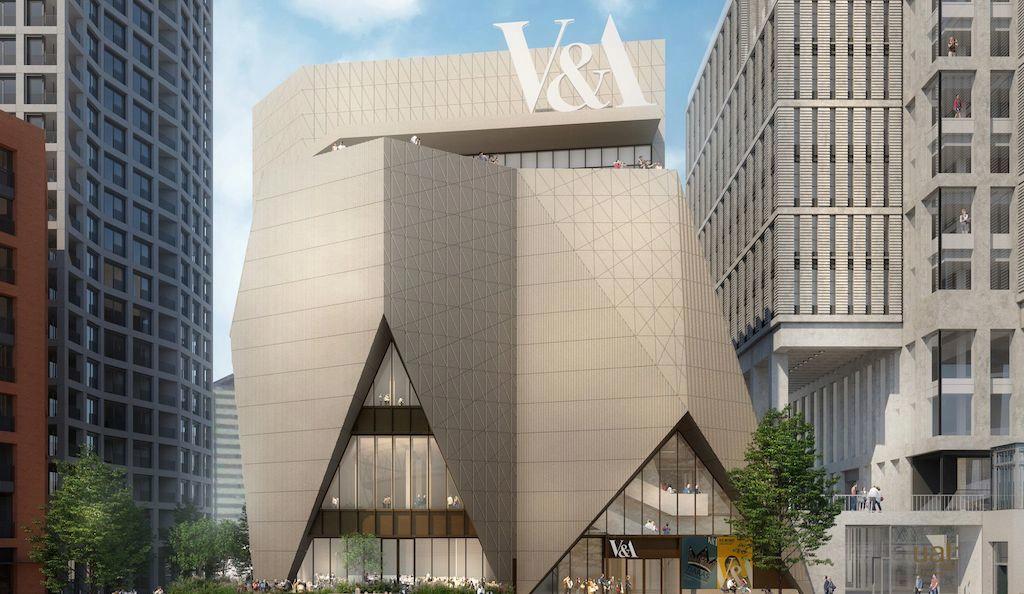 V&A East, Stratford
The Victoria & Albert Museum, the world's largest institution of decorative arts and design, is to open a brand new space in East London in 2023 as a part of Sadiq Khan’s £1.1 billion project to transform the former Olympic site in Stratford. The site will also play host to new spaces for the BBC, London College of Fashion and Sadler's Wells.

Architect practice O’Donnell + Tuomey who won the major contract cited the work of Cristóbal Balenciaga as a major source of inspiration behind its redevelopment plans.

The V&A East project will comprise two interconnected sites in Queen Elizabeth Olympic Park: a brand-new museum at Stratford Waterfront, co-curated with the Smithsonian Institution, and a new collection and research centre at Here East.

The new collection and research centre at Here East reinvents 'the idea of a museum store'. Visitors to the site will be invited on behind-the-scenes tours that explore the history of collecting – you'll learn about why objects are collected, conserved, researched and displayed and the ways in which collecting shapes our past, present and future.

It has been announced that the centre will house around 250,000 objects and an additional 917 archives spanning the breadth of the V&A’s extensive collection from fashion, textiles, furniture, theatre and performance, to painting, sculpture, ceramics, glass, design, architecture, and digital. 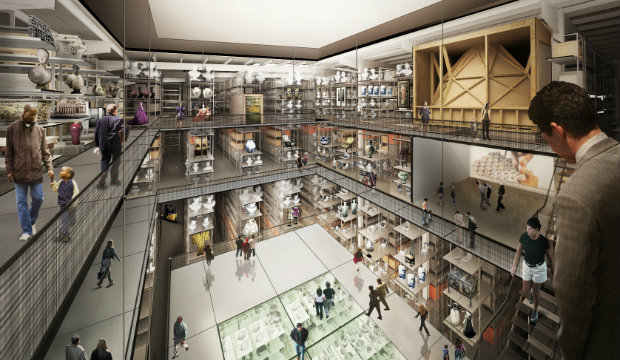 Highlights to go on display include Frank Lloyd Wright’s 1930s office for Edgar J. Kaufmann – a unique and complete example of a 20th-century plywood interior – and a 15th-century marquetry ceiling from the now-destroyed Altamira Palace near Toledo, Spain.

Visitors will also be able to enjoy pop-up displays, workshops, performances and screenings alongside live encounters with the museum’s work – from conservation and research to exhibition preparation.

The government has pledged £50 million to the museum as part of the redevelopment project. Khan said: 'My vision for East Bank is one where everyone, regardless of their background, can access world-class culture and education on their doorstep.'