The ballerina Yasmine Naghdi tells Culture Whisper she’s eager to take on the lead role of Swanilda in Coppélia, The Royal Ballet’s magical offering for Christmas 2019 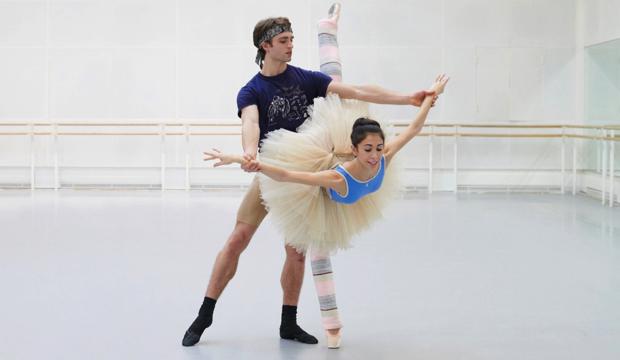 Yasmine Naghdi and Matthew Ball in rehearsal for Coppélia, photo Gavin Stuart
As a principal dancer with the Royal Ballet, Yasmine Naghdi is having a very busy time. She’s dancing Aurora in The Sleeping Beauty, dazzling critics and public alike with her combination of steely technique and radiant characterisation.

At the same time, she is preparing for her debut in a diametrically opposed role in Coppélia: the earthy, sassy village girl Swanilda, who’ll go to any lengths to keep her straying man, Franz.

And yet she appears totally relaxed when we meet at the Royal Opera House to talk about Swanilda, Aurora and Yasmine herself, her delicate features – dark eyes, flawless skin – lit by a bright smile. 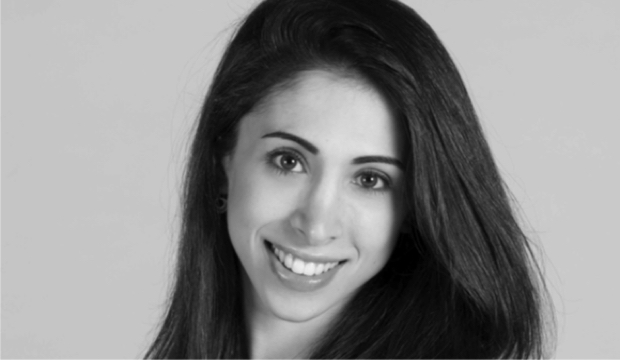 Yasmine Naghdim. Photo: c/o ROH
Coppélia is one of The Royal Ballet founder Ninette de Valois’s works, a perfect little jewel set to Léo Delibes's enchanting score. It tells of Swanilda’s ruses to get her fiancé back, after he becomes besotted with a beautiful, mysterious young woman. She turns out to be one of the sinister Dr Coppelius’s mechanical dolls, which Swanilda, for reasons which will become obvious when you watch the ballet, has to impersonate.

Coppélia has been off the repertoire for upwards of a decade, in fact, since before Yasmine Naghdi joined the company. So, naturally, we wanted to know how she was enjoying getting acquainted with Coppélia and gradually becoming Swanilda.

‘Coppélia is a very fun, tongue-in-cheek ballet with a glorious storyline. I remember watching Coppélia when it was last done at the Opera House, and I was loving the ballet so much, it’s so fun, so it’s quite sad that it hasn’t been in the repertoire. This is my 10th season with the Royal Ballet, so I’m really happy to be doing this role now.’

Fun it certainly is, but how hard is it to dance?

‘It’s a little tricky because, for example, in Act I we are so joyous, and then she gets very upset with Franz because he’s flirting with this doll, so very human reactions.’

And then in Act II Swanilda has to pretend to be a mechanical doll.

’It’s like doing a robot in a disco,' she laughs. 'It’s that kind of feeling. The difficulty lies within the non-stopping, because in Act II, as soon as she’s that doll and has that doll dance, she never stops. Then she’s with Dr Coppelius and he’s showing her the other dolls, the Spanish doll and the Scottish doll; so then she does a Spanish dance, and she does a Scottish dance where you basically have a step for every beat of the music.

‘In that sense, what I’ve noticed about Coppélia is that it’s very lower-leg-heavy, so the work is very "calf-y", you need to make sure that your ankles are very strong. There’s a lot of hopping on pointe and it’s quicker in tempo. We have Barry Wordsworth as our conductor and he likes things on the faster side, so I think that’s the challenge with this ballet, the speed of footwork and precision and also the endurance of the calves.’

Technically, however, Coppélia is less demanding than The Sleeping Beauty. 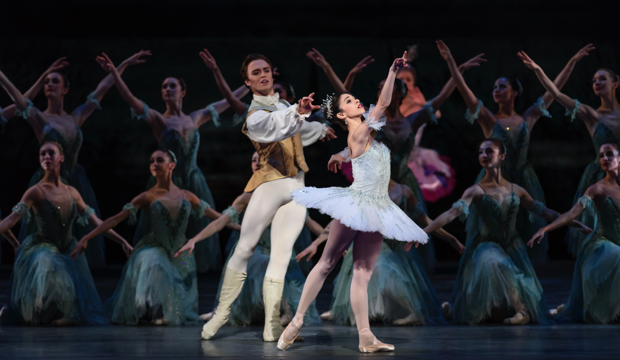 Yasmine Naghdi as Aurora, Matthew Ball as Prince Florimund in The Sleeping Beauty © ROH 2017. Photo: Bill Cooper
‘Comparing the two, you have Aurora, which is technically very demanding on stamina as well, and it’s the pinnacle of classical ballet, and The Sleeping Beauty is such a big part of the Royal Ballet’s heritage. Also the fact that I was given the chance of having the opening night was such a big privilege for me.

‘I always feel when I revisit the big classics like Sleeping Beauty or Swan Lake, you gain this endurance you can’t gain from any other ballet. It gives you that solid foundation, and you build on that, so when you take a role on like Coppélia, for example, it’s that little bit easier.’

In Coppélia, as in The Sleeping Beauty and in Romeo and Juliet last summer, Yasmine Naghdi is partnered by Matthew Ball. 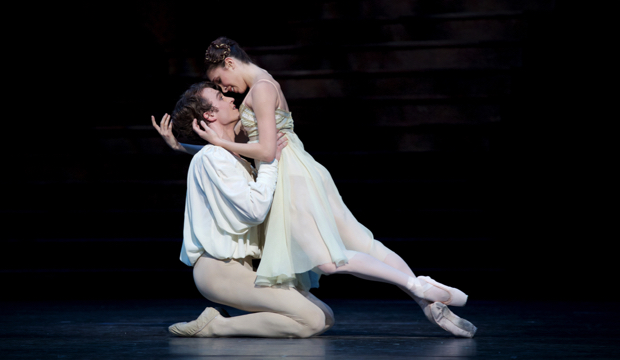 It seems in many ways an ideal partnership, not least because they look beautiful together. What does Yasmine think makes the partnership work?

‘Matthew and I have had a lot of lovely opportunities. We first danced together in Onegin as Olga and Lensky, and Kevin [O’Hare], our director, said, “when I saw you as Olga and Lensky together, that’s what made me think of you as Romeo and Juliet together.”

'I think it’s very reassuring that we get to dance quite a lot together because you build that bond – I feel very safe in his arms.’

Coppélia will reveal another side of the blossoming Naghdi/Ball partnership: no longer demure princess and her regal saviour; not quite star-cross'd lovers; rather, a pair of boisterous young peasants, the wily young woman teaching her fanciful young lover a good-humoured lesson. All with lots of glorious dancing for both soloists and ensemble.