Review: The Royal Ballet, The Nutcracker ★★★★★

Bravi one and all at the Royal Ballet. Fears that strict Covid restrictions might fatally undermine The Nutcracker proved unfounded. The magic of this most Christmassy of ballets remains undimmed. The dancing is glorious. Under Koen Kessels the socially distanced and masked Orchestra of the Royal Opera House plays Tchaikovsky’s miraculous score with enveloping clarity.

Our tears, for tears there were, signalled a swell of emotion, a sense of awe at the magnitude of the achievement evolving before our very eyes.

Sure, the Christmas Eve party at the Stahlbaums’ is a Covid-compliant affair, with fewer guests than usual, their greetings careful and less effusive, and a mere smattering of children instead of the usual hordes of excited youngsters. But the inviting warmth of the gathering is unaffected.

Equally in Act II some of the divertissements are missing, but not greatly missed; and the less numerous ensemble numbers, such as the Dance of the Snowflakes, work just as well.

In other words, unless you were fully familiar with every last detail of Peter Wright’s magnificent production, you wouldn’t know you were watching an abridged version.

Over the run of 17 performances (Covid permitting) a variety of casts will tackle the main roles. On press day, Gary Avis, the best character dancer of his generation bar none returned to the role of Herr Drosselmeyer, the mysterious magician who orchestrates the whole plot for his own ends. 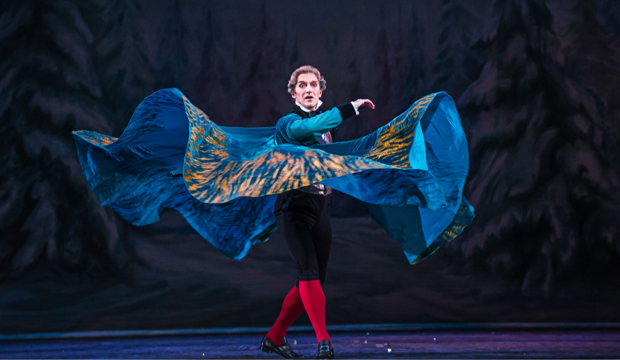 Gary Avis as Herr Drosselmeyer in The Royal Ballet's The Nutcracker © ROH 2015 Tristram Kenton
There is never dead air in Avis’ performance. Always in character, whether performing tricks at the party or simply watching as others dance, his every expansive gesture, every smile, every grimace adds to the story – and enthrals.

Anna Rose O’Sullivan and James Hay made a delightful pair as young Clara and her dashing Nutcracker. Her girlish looks combined with effortless technique made her character totally believable, her transition from young girl at the party to dazzled traveller through the Land of Sweets charged with subtle meaning.

James Hay brings a wonderful definition to his steps, his line immaculate, and his versatility as he joins the various divertissements in Act II quite remarkable.

As it was impossible to use as many children as in normal years, the battle between a contingent of soldiers and an army of mice, led by the fierce Mouse King, was re-choreographed by Will Tuckett for the young men of the company. Tuckett did a great job: attentive to the minutiae of military conflict, he created a thrilling confrontation, the freshness of which blended well with the ballet’s overall style.

Like the ballet itself, we left the best to last. 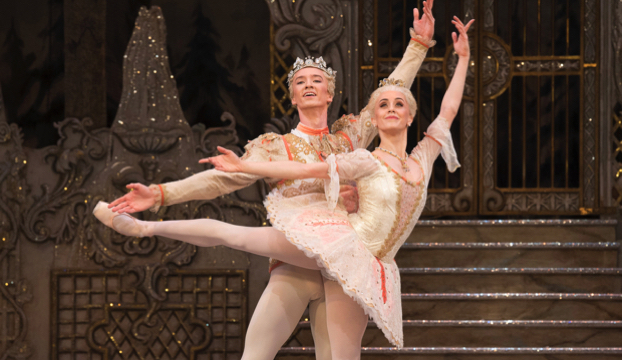 Marianela Nuñez and Vadim Muntagirov as Sugar Plum Fairy and her Prince in The Royal Ballet's The Nutcracker © ROH 2018 Alastair Muir
It’s not easy to find adjectives that properly describe two remarkable artists, each at the peak of their powers, and together a partnership made in heaven.

We mean, of course, Marianela Nuñez and Vadim Muntagirov, here the Sugar Plum Fairy and her Prince. Nuñez’s exquisite phrasing makes ever creamy step, every port de bras, every turn of head a living wonder. This is dancing at its most eloquent and moving.

Tall and elegant Muntagirov, the archetypal danseur noble, looks like a god and moves like one, his feline jumps ending in perfectly silent elastic landings, his partnering courtly, attentive and safe.

Their rendition of The Nutcracker’s pièce de résistance was exhilarating and fairly brought the house down. As it should. This is dancing of the highest calibre, a fitting end to a marvellous production.