As The Nutcracker takes to the stage at Covent Garden, director of The Royal Ballet Kevin O'Hare talks to Culture Whisper about staging a Covid-compliant Christmas ballet 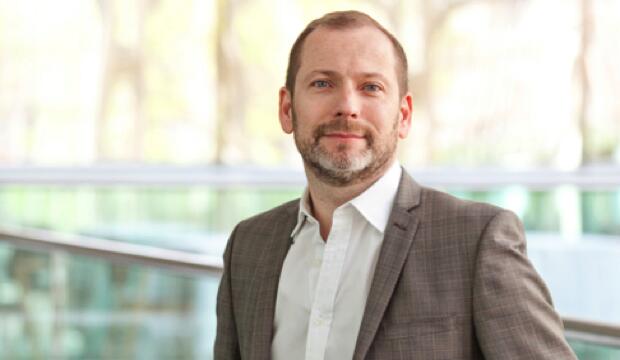 Kevin O'Hare Photo: Joe Plimmer/ROH
You don't break long-standing traditions lightly, and tradition dictates that at Christmas The Royal Ballet (along with very many companies the world over) should dance The Nutcracker, with its glorious Tchaikovsky score. This year, of course, things were complicated by the arrival of Covid-19 and associated restrictions.

However, The Royal Ballet and its director, Kevin O'Hare, were determined not to be defeated; to use a hackneyed cliché 'the show must go on.' And so it is that The Nutcracker will be performed live on the stage of the Royal Opera House: house party, voyage through the Kingdom of the Sweets, Dance of the Snowflakes and all, albeit before socially distanced audiences and with some modifications.

In the run-up to the the festive period Kevin O'Hare has been busy keeping an eye on multiple rehearsals and preparations, but he found a few minutes to talk to Culture Whisper. Naturally we wanted to know whether at the end of such a strange year, when the company couldn't perform for some seven months, being busy felt particularly good.

Kevin O'Hare:' Well, to be honest, it feels like I literally haven't stopped since March, because since the lockdown it's just been manic, but we're a different sort of busy, because before we were doing all this work but nothing was happening, nothing was possible, whereas now at least we get the dancing on stage.'

Culture Whisper: 'Is morale in the company high at the moment?'
KO'H: 'Yes, everybody is there and they're all desperate to get on stage again. It feels like it's a next step, because it's a full ballet, we're telling a story, we're all doing our bit to bring it alive. The Nutcracker is such a tradition, I think it's a rite of passage type work for the company, because a lot of them have been a little kid in it from [RB School] White Lodge, they've been a mouse, or they've been a party child, [principal dancer] Matthew Ball was Fritz, and then they work through and become Cavalier, move up and go through all the parts, and so I think it's something that we feel is proper that we do it now.'

CW: 'How much have you had to change to meet Covid restrictions?'
KO'H: 'Quite a lot, but a lot of it won't be noticeable, I think. 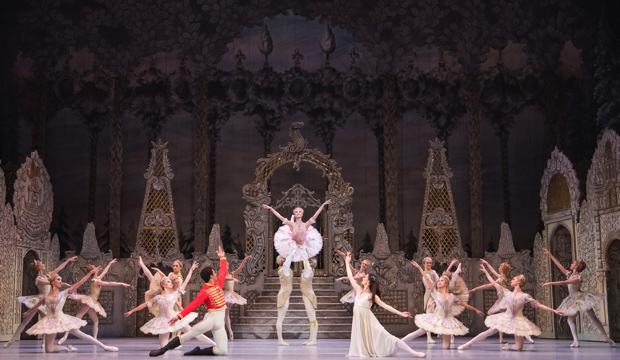 Artists of the Royal Ballet in The Nutcracker © ROH 2018 Alastair Muir
'All that work, and I don't think we're seeing a different show. [Ballet masters] Samantha Raine and Gary Avis forensically looked at every scene, every dance… we can't mitigate it all, but as much as we can we covered, any contact with people, all in socially distanced ways. So, that's been difficult. We've had much shorter rehearsals than we are used to. Until we got on stage half the company had not seen what the other half were doing, so that's all very different. But actually, the big change was not having the children for the battle scene. And that's why I asked Will Tuckett to come in and re-choreograph that in the style of the production, but to do something for the young company men.'

CW: 'This year most of the performances are matinees. Is that because you're aiming at families, or because of Covid?'
KO'H: 'A little bit of both. We were only able to do one show a day, because we're doing a full show, really, and we change casts, and getting the costumes ready, making sure that all the costume staff are safe, all the backstage staff are safe… it worked better generally if it was a matinee. Also, I think, giving people the confidence again to come into the theatre, and especially for families, because it is very much a family ballet.'

CW: 'You have 14 casts, I think…'
KO'H: (laughs heartily) 'Don't talk about that! People go mad with me because I love to use as many people as possible. Normally, I try to get a lot of casts for those principal roles, so it's no different. Actually, it's a bit less, because originally, when we were hoping to open a bit earlier, we would have have more Sugar Plum Fairies and Princes, but we're now doing fewer shows than originally planned: we're only doing 17, but we try to bring in as many people as possible, to give them that chance.'

CW: 'And looking ahead, are you at the stage where you're able to plan for next year?'
KO'H: 'Well, yes and no. Again, all those meetings, talking to people and hoping that it will go forward. I believe come the 21/22 season, that is, from September, those plans will all be in place and come to fruition. I think between now and the summer there are still going to be bumps in the road. We are going to plan and do things, some things will be possible, but especially until these next six weeks, seeing where we get to… Yeah, definitely we'll be performing, but it will feel, I think, a bit stop-and-start still. I am pretty confident that come September we will be ready for a new season.'

The Nutcracker is on at the ROH from Friday 11 December to Sunday 3 January and is streamed on Tuesday 22 December at 7pm.
Full preview and details here.