Director of the Royal Ballet Kevin O’Hare tells Culture Whisper he’s excited to announce details of the 2021/22 programme, his first full season in a while 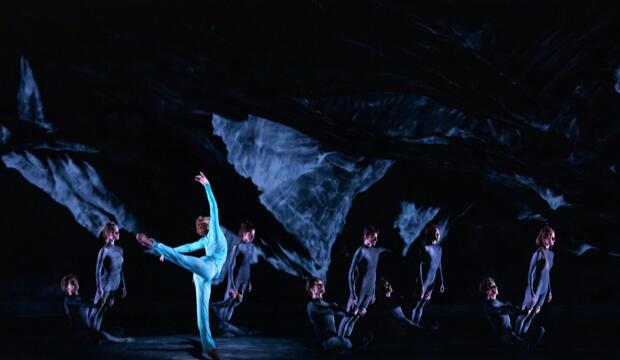 Edward Watson and Royal Ballet dancers in Inferno, The Dante Project. Photo: Cheryl Mann ROH
Covid-19 and its attendant lockdowns have wreaked havoc with live performance. For The Royal Ballet it’s meant curtailing the 2019/20 season midway through a run of its sumptuous crowd-pleaser Swan Lake last March; and then the briefest of returns to the stage with a couple of galas. To make matters worse, its Covid-adapted The Nutcracker last Christmas fell victim to a new lockdown after just a handful of performances.

Little wonder, then, that The Royal Ballet Director Kevin O’Hare can hardly contain his enthusiasm when talking about plans for his first full season in a while: September 2021 to July 2022.

‘It’s fantastic to be doing a whole season, and also amazing that we’re going to do two full-length new ballets with new faces, new stories, new scores for these amazing dancers, so I think it’s really exciting.’ 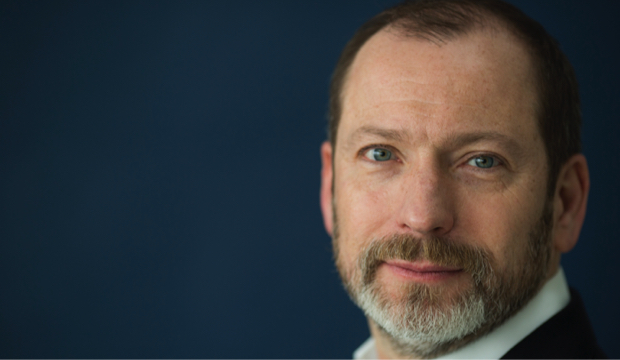 Kevin O'Hare. Photo; Joe Plimmer
The two full-length new works, blockbusters both, will come at the beginning and end of the 21/22 season, or, as Kevin O’Hare likes to put it, they are ‘book-ending the season.’

‘As always with Wayne you think, it’s an amazing book and how do you translate that into a ballet for the 21st century? Of course, with Wayne the collaborators are hugely important, so we have [composer] Thomas Adès, together with [visual artist] Tacita Dean, as well as Uzma [Hameed] as the dramaturg and [lighting designer] Lucy Carter, creating a world which we can delve into.’

The first section, 'Inferno', premiered in Los Angeles in July 2019, and was described by one reviewer as ‘explosive and brilliant,’ while the Los Angeles Times called it ‘the most ambitious and electrifying of more than five-dozen commissions celebrating the Los Angeles Philharmonic’s centennial season.’

Kevin O’Hare, too, was dazzled; and as director of the company was particularly pleased that 'Inferno' showed ‘how Wayne and the dancers work together now in such an interesting way, both men and women, but particularly the men are dancing up a storm in different aspects of it.’

The Dante Project will mark the farewell of dancer extraordinaire Edward Watson, who’ll retire from the stage aged 45 after this run of performances, the culmination of a unique career with The Royal Ballet and a particularly close collaboration with McGregor.

Spool forward to the end of the season, and you’ll find another major collaborative work, this time from choreographer Christopher Wheeldon, The Royal Ballet artistic associate. Never one to shun a challenge, Wheeldon has sought inspiration in Like Water for Chocolate, which started life as a novel by the Mexican writer Laura Esquivel and gained international fame with the 1992 film of the same name.

It’s a family saga, which blends down-to-earth elements with magical realism. Set in the 1900s, it tells of the thwarted love between Tita (Francesca Hayward) and Pedro (Marcelino Sambé); with Tita seeking solace from the loss of Pedro, who’s made to marry her sister, by cooking ever more elaborate dishes. I mean, cooking? In a ballet?

Kevin O’Hare laughs: ‘I think there are many sides to this story, there is the cooking and that’s obviously going to be a part of it, but there’s a realism, there’s a real family saga, and there's also a sort of mystical realism in the story as well, which is very poetic; so I think combining those two together is going to be really fascinating.

‘He’s already created quite a bit of it and I’ve seen the first 18 minutes in the studio and it’s fantastic, you’re getting to know the characters, and the family and what it is to be a family at that time. We’re having a lot of help from Laura Esquivel, who’s the author; Alondra de la Para, the Mexican conductor, has also been our consultant for it, so we can bring in an authenticity, which is very important for us.’

There will be a third Royal Ballet premiere in the season: a work by the African American contemporary choreographer, Kyle Abraham.

The season will also include some hardy perennials from The Royal Ballet’s extensive repertoire, including Kenneth MacMillan’s sublime Romeo and Juliet. 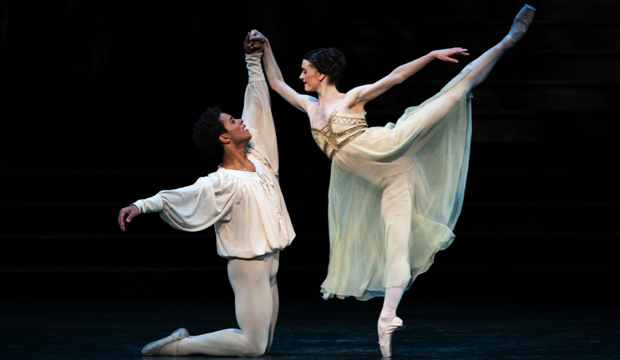 Marcelino Sambé and Anna-Rose O'Sullivan in Romeo and Juliet © 2019 ROH Helen Maybanks
‘We have quite a few signature ballets, and Romeo certainly is one of them. It’s now been three years since we did it, and last time we got some new casts on, and it’ll be lovely to see them again, as well as our established principals in those roles.’

The Royal Ballet founder choreographer, Frederick Ashton, is remembered with a triple bill:

‘Scènes de Ballet, Month in the Country and Rhapsody. Both Scènes de Ballet and Rhapsody we haven’t seen for quite a while, and I think we definitely have the dancers to do those ballets justice, and I’m really looking forward to that.’

Swan Lake returns making up for all the performances lost with the first lockdown, and including exciting debuts in the role of Odette/Odile for two of the Royal Ballet’s most engaging young dancers: principal Francesca Hayward and first soloist Fumi Kaneko.

Then, of course, there’s Giselle. 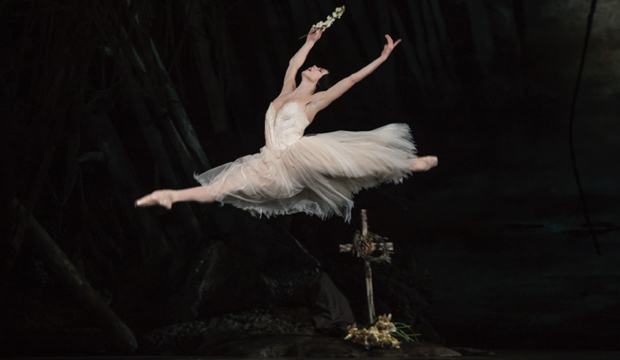 Natalia Osipova as Giselle © ROH 2014 Blll Cooper
The ROH’s second stage, the Linbury Theatre, will glitter with Dance Reflections by the illustrious jewellers Van Cleef & Arpels, whose New York shop-windows provided the original inspiration for Balanchine’s Jewels, which has long been part of the Royal Ballet’s repertoire.

It'll consist of a festival in London, developed in partnership with other cultural institutions, and Kevin O’Hare is excited about it:

‘We’re all together, and it’s a very interesting way to mix development with Van Cleef & Arpels. Of course, we’ve worked with them so many times since we first did Jewels, and they want to do this festival of contemporary dance, so it’s fantastic to be a part of it.’

The Linbury’s own season will include another Wayne McGregor premiere, The Dark Crystal: Odyssey, to be presented by his own company; and a programme by Ballet Black showcasing leading contemporary choreographers.

All in all, then, an exciting season with something for everyone (fingers crossed!). Public booking starts on 24 August (we’ll give you a reminder closer to the time) - be sure to join the queue nice and early!