The three works in The Royal Ballet’s second programme since the reopening of the ROH range from the neo-classical purity of Balanchine’s Apollo to the unalloyed pleasure of plotless dancing in Robbins’s Dances at a Gathering, and include the virtuoso fireworks of Balanchine’s Tchaikovsky Pas de Deux.

Apollo, created in 1928 for Diaghilev’s Ballets Russes, marked the first collaboration between two Russian exiles: George Balanchine and Igor Stravinsky. It tells of the birth of the god Apollo, his education by the Muses and his ascent to Olympus.

In the first cast Vadim Muntagirov danced Apollo, his tall, elegant physique and impeccable technique perfect for the role of the god of beauty and music. Truth to tell, we’ve seen him dance better, but that is a near-meaningless phrase, given how high he’s set the bar.

His Muses were Yasmine Naghdi as Terpsichore (dance), Anna Rose O’Sullivan as Calliope (epic poetry), and Mayara Magri as Polyhymnia (mime and theatre), all superb.

Under the Muses’ tuition Apollo goes from callow youth to dignified god, absorbing the lessons in poetry and mime, but giving primacy to dance. His dancing with the Muses has moments of quicksilver humour interspersed with slow group poses, both costumes – white tunics – and choreography loosely inspired by the images in ancient Greek vases.

The finale sees Apollo slowly climb a staircase to Olympus, followed by a processions of his Muses, the last arresting frieze distilling concepts of hierarchy, beauty and pure classicism. 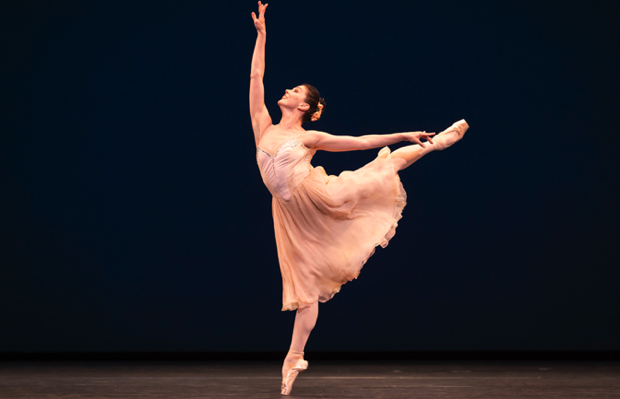 Natalia Osipova in Tchaikovsky Pas de Deux. © ROH 2021. Photo: Helen Maybanks
This is a virtuoso piece full of technical challenges, just the sort of thing that appeals to Osipova, and the Russian throws herself at it with gusto, if not finesse. Her speed is dizzying, her technical prowess undeniable, and yet...

The tall, noble Reece Clarke is technically up to the demands of the work, and is a safe, unselfish partner, but his dancing lacks the kind of attack the piece requires, especially when measured against Osipova’s excesses.

Jerome Robbins’s Dances at a Gathering is sheer delight. Set to a selection of Chopin piano pieces, eloquently played live by Robert Clark, it’s a plotless piece for 10 dancers each described only by the colour of their costume, which nevertheless allows expression of individual personalities. 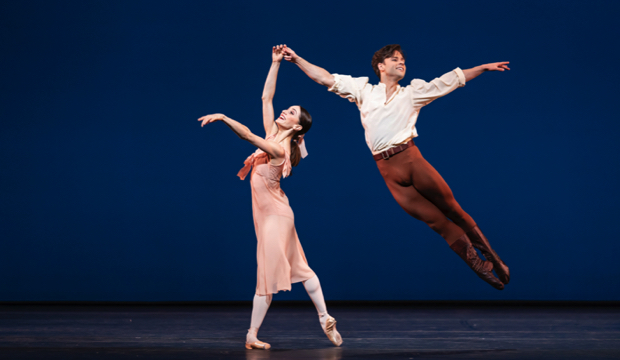 Marianela Nuñez and Alexander Campbell in Dances at a Gathering © ROH 2021. Photo: Helen Maybanks
Robbins’s unforced, flowing choreography is by turns playful and dreamy, the dancers criss-crossing the stage and creating patterns like the finest spun lace, their limbs tracing lingering images in the air. Two men challenge each other to an energetic technical competition; two women embrace in a friendship suffused with mystery. One woman, the gorgeous Laura Morera, dances alone, unconcerned by the lack of interest shown by men who momentarily share the stage with her.

Groups assemble and dissolve against the background of a blue sky lightly dotted with thin clouds, which at the very end seems to carry a secret only the dancers can discern.

As danced by the Royal Ballet’s superlative principals and soloists, Dances at a Gathering had this reporter purring with enjoyment and feeling blessed in a mysterious kind of way.

Dances at a Gathering