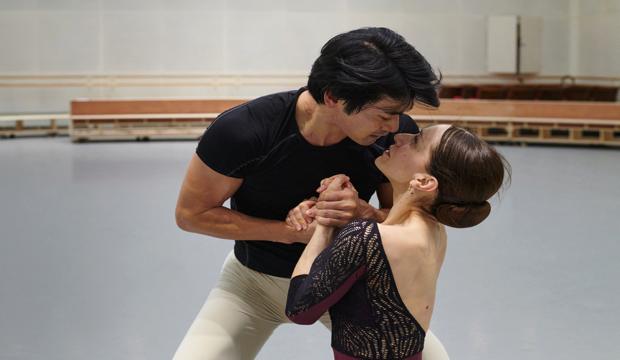 For Marianela Nuñez, one of the Royal Ballet’s most mesmerising dramatic ballerinas, this is a reprise: she’s danced the role of the young girl, whose love is cruelly spurned, and finally has to make the heart-breaking choice between a repentant suitor and her husband, many times before.

Ryoichi Hirano, though, is making his debut as Onegin, the callow, arrogant young man, who breaks a girl’s heart for the fun of it, and leaves it too late to see sense and repent.

“Am I moving too fast?” asks Marianela

“Should I stand just a little further back?” asks Ryoichi, as a particular lift seems not to be working.

This afternoon they’re rehearsing the ballet’s two key, and contrasting pas de deux: Tatiana’s dream love duet, and the final devastating encounter, when Onegin begs her forgiveness and she sends him away, though she still loves him.

It may have been ‘just’ a rehearsal, but the intensity of these two very special dancers left me in tears.

Ryoichi Hirano had danced the role of Tatiana’s husband, Prince Gremin, in previous outings of this ballet. It’s a role that perfectly suits his noble bearing, a natural authority that makes his stage presence very compelling indeed. 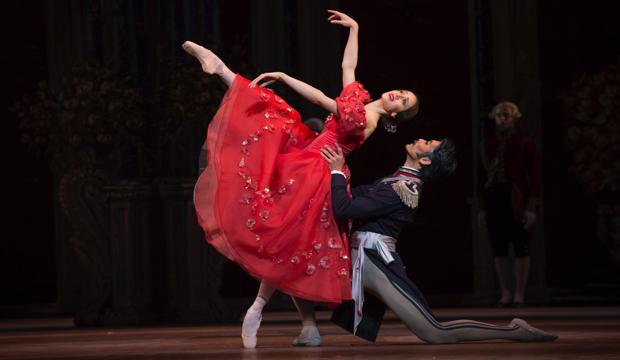 The Royal Ballet, Onegin, Marianela Nuñez as Tatiana, Ryoichi Hirano as Prince Gremin (c) ROH 2013 Bill Cooper
So, when we met later in the day, I asked him how he saw the caddish Onegin, by comparison with the honourable Prince Gremin.

‘He [Onegin] is very cold. He doesn’t really think much about other people, their feelings. He is just into himself. Having fun is part of his life. So, it’s always nice that I can play Prince Gremin and then Onegin, because I know what the Prince feels (…) I always find it easier to know other characters.’

At this point it becomes very clear that Ryoichi – or Ryo, as he is known at the ROH – puts a lot of thinking into his roles, likes to understand ballets in their entirely beyond his own specific role, and above all loves acting.

‘I always say ballet is… of course, it’s dancing! you have to be technically good; but at the same time I think the most important thing is the story-telling. Acting is the key.’

Ryoichi Hirano is a versatile actor. His Leontes, in Christopher Wheeldon’s A Winter’s Tale, was praised for its perceptive portrayal of a man consumed by pathological jealousy; and Hirano was able to embody and convey the multiple complexities of the brain-addled, drug addicted, suicidal Prince Rudolf in MacMillan’s masterpiece, Mayerling. 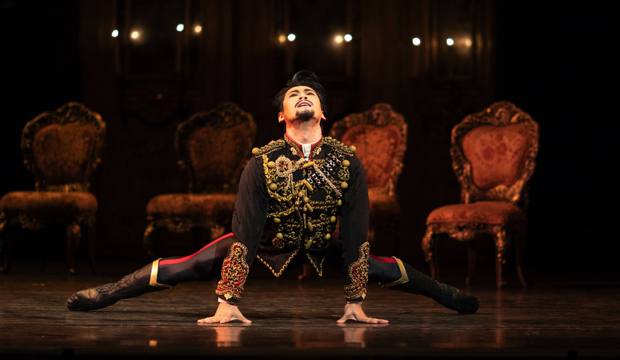 The Royal Ballet, Mayerling, Ryochi Hirano as Rudolf (c) ROH 2018 Helen Maybanks
‘I watch so many people doing so many different roles, I see what works, and then I can use that as a "weapon." So, I really love acting, it’s not easy without words, but it’s amazing how much you can tell with just body language, how much you can express.’

Even just sitting down for an interview his body his hugely expressive. When referring to his role as the Prince in The Sleeping Beauty, for example, he almost subconsciously performs the classical mime gestures, so central to telling that story; and now, as he talks about compulsively observing normal people everywhere, he shrinks into himself when he mentions sadness, or suddenly grows a few centimetres, his back straight, chest pushed out, the very picture of joy and happiness.

Whether it was supremely accomplished acting, or simply his own undeniable magnetism, that made his bullfighter Espada in Don Quixote so thrilling, I don’t know; but I do know that it left very many women in the audience quite weak at the knees. 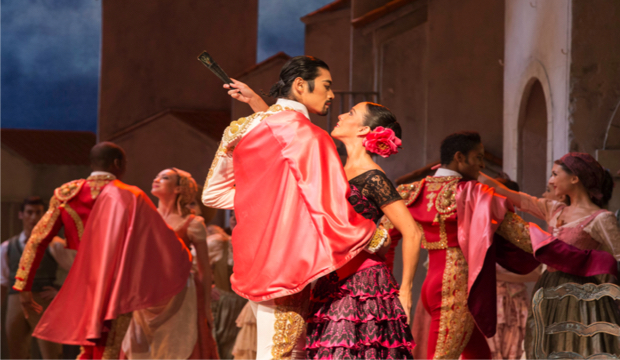 After almost a year with little to do, his first dancing role was as an anonymous gentleman in the ensemble ballroom scene of Act III of Onegin.

Almost 20 years later, his career has come full circle, as he prepares to step onto the Covent Garden stage no longer as mere young hopeful in the background of a key Royal Ballet work, but as a highly regarded Principal Dancer, ready to take on the demanding title role of that very same ballet: Onegin.