The first ever Royal Ballet mixed programme devoted entirely to the work of choreographer Christopher Wheeldon comes to the Royal Opera House in February.

Royal Ballet: Wheeldon Triple Bill Royal Ballet: Wheeldon Triple Bill Teresa Guerreiro
Christopher Wheeldon is one of today’s most in demand choreographers with a growing body of work for companies across the world. Two of the pieces in this exciting triple bill – After the Rain and Within the Golden Hour - were originally commissioned by other companies and enter The Royal Ballet’s repertoire this season. They appear alongside a new Royal Ballet commission.
Now Artistic Associate of The Royal Ballet, where he started his dancing career, Christopher Wheeldon is also intimately acquainted with American dance, having cut his teeth in choreography with the New York City Ballet.
Unsurprisingly, therefore, his work shows the influence of both the British style synonymous with Frederick Ashton and Kenneth MacMillan and the American panache of George Balanchine and Jerome Robbins.
The result of this transatlantic fusion is an approach to movement that is wholly and distinctly Wheeldon. 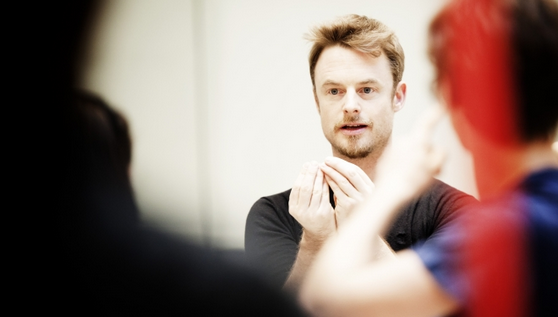 The best of Christopher Wheeldon: After the Rain
After the Rain premiered in 2005 at New York City Ballet’s ‘New Combinations Evening’, held annually to honour the anniversary the birth of the company’s founder, George Balanchine. An abstract ballet set to music by Arvo Pärt, After the Rain is one of Wheeldon’s best known and loved works.

Three couples feature in the first part of After the Rain. The second part sees just one couple return to the stage with a haunting pas-de-deux (goose-bumps guaranteed!). Originally debuted by Wendy Whelan and Jack Soto, this pas-de-deux was danced by Marianela Nuñez and Thiago Soares during the Royal Opera House’s 2012 gala ‘Our Extraordinary World’.

Within the Golden Hour
Within the Golden Hour was created for San Francisco Ballet in 2008 to mark the company’s 75th anniversary. An ensemble work for seven couples, the partnering spans a spectrum of sentiments: from optimistic to sensual and then confrontational.
Performed to music composed by Ezio Bosso and accentuated by Martin Pakledinaz’s set and costume designs, Within the Golden Hour demonstrates Wheeldon’s dexterity in creating intricate, and ever-evolving, group dances.
Madame X and Christopher Wheeldon: new ballet
Sandwiched between these two works is a world premiere choreographed for The Royal Ballet. It’s inspired by the scandal surrounding John Singer Sargent’s highly erotic Portrait of Madame X on its unveiling at the Paris Salon in 1884, which marked the end of the painter’s career in France. Soon after the unveiling, Singer Sargent would move permanently to London; and Wheeldon’s latest ballet, still unnamed at the time of writing, reflects upon the effects of being ostracised.