Mid-career choreographers show their especially commissioned work at an Ignition Festival 2018 event that takes place at the Rose Theatre, in Kingston

That the Ignition Festival has taken off so spectacularly is testament to DanceWest’s clever exploitation of gaps in the provision of dance, and particularly its focus on embedding dancers within communities.

TRY CULTURE WHISPER
Receive free tickets & insider tips to unlock the best of London — direct to your inbox
An important part of the Ignition Festival 2018 was the awarding of choreographic commissions to five mid-career choreographers. Their especially commissioned works, ranging from contemporary dance to hip hop and flamenco, will be presented on 15 July at the Rose Theatre in Kingston-upon-Thames.

Of the five, Culture Whisper is best acquainted with the highly accomplished work of Avatara Ayuso. Spanish-born and now London-based, Avara’s international projection is growing by the day, and she regularly works with companies in continental Europe, as well as having had stints with community groups in Africa and among the Inuit of Canada. Highly intelligent, creative and full of vitality, expect Avatara’s new solo for Ignition to exhibit some of these disparate influences.

Canadian Jennifer Irons specialises in site-specific installations and interactive live performances. She, too, will present a solo.

The programme will include a flamenco duet from Sam Quy; a trio from Kloé Dean of the all-female collective of hip hop dancers, Myself UK Dance Company; and finally a quartet created by Cameron McMillan, which is likely to be the closest to orthodox contemporary dance.

These five artists were selected from among 290 applicants through a rigorous process, which should reassure potential audiences about the quality and appeal of their work.

Well worth a trip to Kingston-upon-Thames… 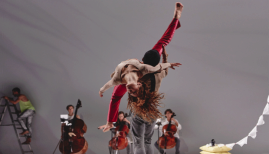 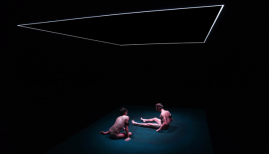 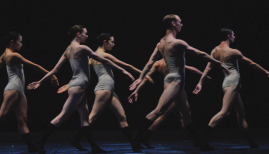