Ben Duke’s Juliet & Romeo, a startling and thought provoking take on the greatest ever love story, returns for a short run at Wilton's Music Hall

Suppose, just suppose, the ‘star-cross’d lovers’ Romeo and Juliet hadn’t died in the Capulets’ crypt, but had instead survived, got married and lived into middle age. What would their lives be like? Would the fevered passion of their adolescence have endured?

This is the starting point for Ben Duke’s Juliet & Romeo. More than a choreographer, Ben Duke is a theatre man, interested in the totality of the stage experience, where the spoken word and dance intersect to create and explore new dimensions.

Ben Duke's Juliet & Romeo is hard to categorise. A two hander for Duke himself (playing Romeo for the very last time at Wilton's) and Solène Weinachter, fellow director of Duke’s Lost Dog company, it blends dialogue, intense interludes of dance to a snatch of Prokofiev alongside contemporary pop and rock songs, and a little wry comedy.

It is set in modern times. Juliet and Romeo are now a fractious couple in their mid-forties, the parents of a daughter, trying to cope with the pressures of everyday life even while being seen as the protagonists of a great love story. They are, in Juliet's own words as she addresses the audience, 'struggling.' The truth is, the mad love that defied the will of their parents, the enmity of their families and seemingly fate itself, has long cooled.

They tried everything: psychoanalysis, couple's therapy, you name it. Nothing has worked. So they decided to put on a performance where they relived their history and matched their memories to find out where it all went wrong and whether it can be put right.

As they reminisce, it's clear their memories diverge fundamentally. They argue: lots of thoughts and feelings and resentments accumulated over a lifetime together creep out; as do the little lies of everyday life, and THE very big lie, the one that could have changed everything for them.

Solène Weinachter is a highly expressive and technically accomplished dancer, her Juliet, with her curtain of long silky dark hair, a complex mix of frailty and confrontation; Ben Duke’s Romeo uses sarcasm as a way of protecting his own vulnerability. In the end, and for all that life has taken its toll, you sense there is still a deep love between these two; but will it overcome everything else? 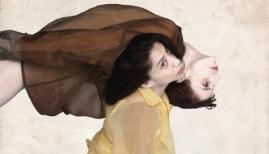 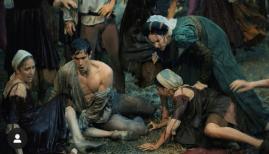