The current triple bill, which has a short run at the ROH’s Linbury Theatre, is indeed a mixed affair. It kicks off with Morgann Runacre-Temple’s The Kingdom of Back, an impressionist look at the life of Mozart’s older sister, Nannerl.

Set to a score by Frank Moon, which quotes liberally from Mozart, The Kingdom of Back centres on three characters: Nannerl herself (Antoinette Brooks-Daw), her father (Javier Torres) and the young Wolfgang Amadeus (Mlindi Kulashe).

Nannerl, herself a talented musician and composer, is depicted as a vivacious young woman who longs for the freedom to express herself, her anachronistic dance steps including a semblance of the moonwalk. When we first meet her, she’s wearing an exaggerated pink-hued wig, the symbol of her individuality.

Naturally, the wig is the first thing her repressive father, a stern black-clad and bewigged figure, forces her to remove, as he sets about moulding her into the role of an obedient, obscure woman. The rigour he shows Nannerl contrasts openly with his indulgent behaviour towards the boisterous, bounding Mozart.

A colourful chorus of eight dancers seems to represent Mozart ’s music, and there is a lyrical solo embodying Mozart’s fascination with a soprano who’s just performed one of his works.

The Kingdom of Back tackles its serious subject in a light-hearted, often humorous manner. It’s by no means a major work, but it’s easy on the eye and entertaining enough.

Mamela, choreographed by the company dancer Mlindi Kulashe, is in stark contrast with what went before. 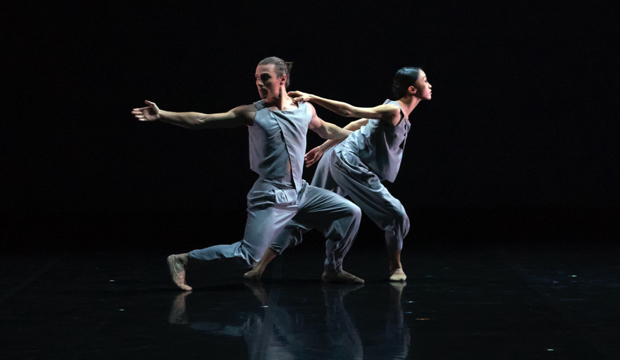 Matthew Topliss and Minju Kang in Mamela. Photo: Emma Kauldhar
Exorting us to listen (mamela, in the Xhosa language of his native South Africa), he sets about exploring themes of stress and frustration in the oppressive pace of modern life.

On a darkly lit stage, nine dancers in pale grey unisex harem pants and loose tops, go through a series of formations, starting with a male trio, moving on to ensemble pieces, a duet and a solo, danced by the excellent Sean Bates.

Angst is the keynote in a choreography that evolves in a fast perpetual movement, seemingly portraying the futile attempt to escape oppression, a sense that is intensified by Jack Edmonds' unnerving musical score.

The programme ends with Kenneth Tindall’s The Shape of Sound. 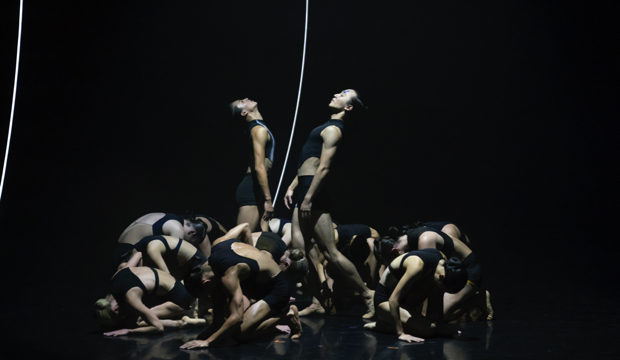 Matthew Koon and Riku Itu with Northern Ballet dancers in The Shape of Sound. Photo: Emma Kauldhar
An abstract ballet for seven pairs, this is the choreographer’s attempt to give shape to Vivaldi’s music as rejigged and reinterpreted by Max Richter.

Tindall is a prolific choreographer, who’s created a number of works for Northern Ballet. The Shape of Sound goes through the entire classical vocabulary, in sections that respond variously to joy and melancholy, spring and autumn and a lot more besides.

It’s far too long and foists on the male dancers the most unflattering costumes imaginable (what was designer Kimie Nakano thinking?) but the company transcend it all with dancing of remarkable brio and joie de vivre.

The Kingdom of Back

The Shape of Sound