As part of its Dance Season, BBC Four looks at the audacious work of choreographer Carlos Pons Guerra in a half-hour documentary, Prejudice and Passion

This he has done, for example, with his reworking of the story of Carmen, TORO, Beauty and the Bull, coming soon to Sadler’s Wells' Lilian Baylis studio.

Clearly, his avant-garde work, suffused with dark humour and characterised by high physical energy, is not to everybody’s taste; but this BBC Four documentary, Prejudice and Passion, goes a long way towards acquainting viewers with his ideas and how he puts them across.

Prejudice and Passion follows Carlos as he begins choreographing a new children’s production at the Birmingham Repertory Theatre, which tells the true story of two male penguins raising a chick together.

It’s dance and choreography at the service of an agenda – can Carlos Pons Guerra overcome prejudice and gain acceptance from family audiences?

Culture Whisper says, do give it a go. You may well be pleasantly surprised... 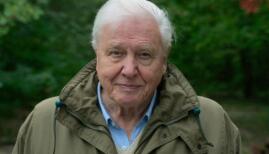