A Festival of Korean Dance 2022, The Place

As we've come to expect, A Festival of Korean Dance will introduce London audiences to radically different approaches to dance and movement and the cultural constructs that underpin them. Here's a taster:

The highlight of this year's festival is bound to be the world premiere of MIIN: Body to Body (pictured top) by Jinyeob Cha, the choreographer of the 2018 Winter Olympics ceremonies. The show, which started life as an outdoor performance in Seoul, examines how perceptions of beauty and femininity have evolved beyond our conceptions.

The festival kicks off with Bora Kim' Art Project Bora in collaboration with Jaeduk Kim to present MUAK, a work inspired by the influential Korean composer Isang Yun, which will see a piano disassembled on stage. 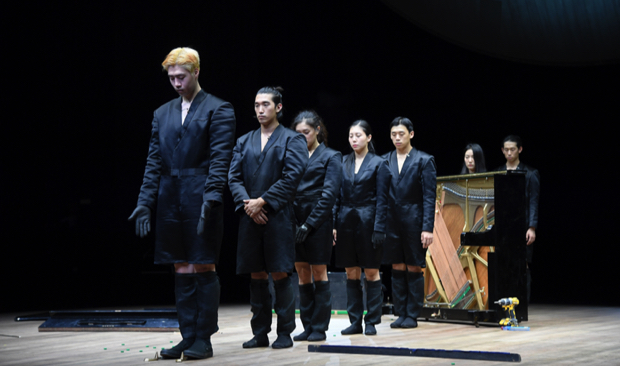 For its part Sense of Darkness means to subvert the barriers between performers and audience. Blindfolded dancers move to rhythms supplied by their co-performers, using the sounds they make as cues to inform their gestures.

In addition to the programme of performance, two online films will be made available to ticket-holders for free. Bora Kim’s Trace of Time is a meditation on the body, space and time, and Kyungeun Lee’s BreAking expresses the philosophy ‘don’t fit me into the world, let the world fit into me’.

All details of the festival here.

A Festival of Korean Dance