Listen up: in search of the best sound in the world

Imagine being able to recreate the full, immersive experience of live music, over and over. New sound technology means you finally can 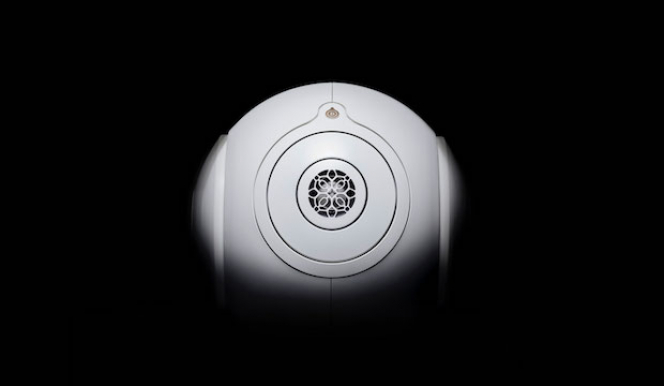 Devialet sound systems
In the autumn of 2009, in a cave in the German hills to the west of the Danube, archaeologists found something. It was a hollowed vulture bone, burnished by the touch of countless hands, punctured with five holes, whittled at one end to a deep 'V'.

This object is a stone-age flute, and its notes filled the cave in which it was found, some 43,000 years ago. In tones that are still harmonic to the modern ear, our stone-age ancestors gathered by the fire to pipe and listen.

Music, then, is as old as humanity, and we live our lives in it. We arrive with nursery rhymes and leave with funeral songs. It brings us closer to our gods, guides us through courtship, and love, and grief.

Melody speaks to parts of the brain that nothing else can, triggering memories, releasing endorphins. We are only just beginning to understand the way in which it helps retrieve recollections of Alzheimer and Dementia patients.

Given the fundamental importance of music, it is remarkable how rudimentary audio technology remains.

Without actually experiencing a Devialet sound system, it’s hard to imagine the difference between ‘the best’ speaker and all the rest. Surely all audio technology around the same price point is of comparable quality?

Sound technology has stayed static for decades. Visuals have moved from the grainy, flickering, monochrome television sets of the '70s to high definition flat screens, so crisp and close up that you can see the actors’ pores. The screen on an iPhone is a vivid window to the world, a hand-held marvel in HD that would have been unimaginable to anyone peering at a murky, pixelated Nokia 3310 15 years ago.

‘The video market has improved tremendously in the past ten or twenty years', says d'Allancé. ‘We have incredible quality on beautiful screens. Why are we still so bad at audio? When we plug in our headphones or connect to a speaker, we experience the equivalent of a ‘70s television screen.'

Enter Devialet, the Parisian company who are attempting to change the standard of sound; to restore ‘true emotion’ to music; and to bring audio technology into the 21st Century. Vaunting, hubristic ambitions, you might think. But the proof is in the pudding. In ten years and with 62 international awards, the company has grown from stylish upstart to the most critically acclaimed start-up in sound engineering. They raised 100 million euros last year.

Their secret is a technology they call ADH, Analog Digital Technology, which combines the warmth and purity of analog audio with the compactness and power of digital. The jewel in their crown is the ‘Phantom’, a self-contained speaker and amplifier, and the result of 13 years of research and 180 patents. It sounds like the kind of elevated, expert industry-only gadget that most of us can only read about. But with different models ranging from £1,000 - £4,000, the Phantom speaker is on par with a lot of the old-fashioned home sound systems you'd find in John Lewis.

Okay, okay – but is it really that much better than, say, a Bose, or a Sonos system?

‘You need to hear it and you will understand,’ d’Allancé insists. 'We have audiophiles who have been listening to amazing audio systems for many years. They listen and they cry. I’m not kidding; this is game-changing’.

So, listen we did. A gold Phantom speaker appeared at our office, gleaming and alien, somewhere between dinosaur egg and futuristic seashell. But the sound that comes from it is so much more human, rich and monumental and near at hand, with a vinyl-ish sound. You don’t need to be a nerd about sound to hear the purity, just as even the most committed Luddite will concede that there’s more accuracy and realism in an HD image.

There is something further, though. Something ineffable, that saturates the room. What is it exactly? D’Allancé offers an explanation: ‘You don’t hear it, you feel it. The waves produced by Phantom go beyond the human frequency spectrum’.

Devialet deal in waves that only elephants, dolphins, whales and monkeys can detect. ‘You cannot hear them but they touch you, you feel them.’

There is a cliché in audio marketing, that the best speakers make it sound like the instruments are in the room with you, and with the Phantom, it is so. Close your eyes, and you can feel the air from the piano keys, the hiss of the drum skin, the space between notes.

Ever since the middle of the 19th century, we have had the ability to record sound. Since then, people have been trying to improve recording to make it the thing itself. But the Phantom takes out the middleman: it sounds so good you hardly realise you are listening to a reproduction. You are immersed in sound. And, in the words of Bob Dylan, ‘play it f**king loud’