Viggo Mortensen, Léa Seydoux and Kristen Stewart star in David Cronenberg's latest film, which delves into a bleak near-future in which human bodies adjust to a synthetic environment

1 CW reader is interested
Crimes of the Future (2022) review 4 Crimes of the Future (2022) review Euan Franklin
It is often difficult to summarise or decode a David Cronenberg movie. He’s an enjoyably obstinate and provocative filmmaker, intent on attacking his audience with images they can’t shake off. Common threads stretching through his oeuvre include bleak science-fiction futures, creatively political characters, and grisly displays of body horror. These features make Cronenberg a gross and fascinating study, and his new film Crimes of the Future embraces all of them.

Firstly, be warned: if you’re squeamish about blood, wounds and scalpels, this won’t be your ideal cinema-going experience.

Viggo Mortensen stars as Saul Tenser, a well-known performance artist from a future where human bodies have to adjust to more synthetic environments. Evolution is accelerated via technology. 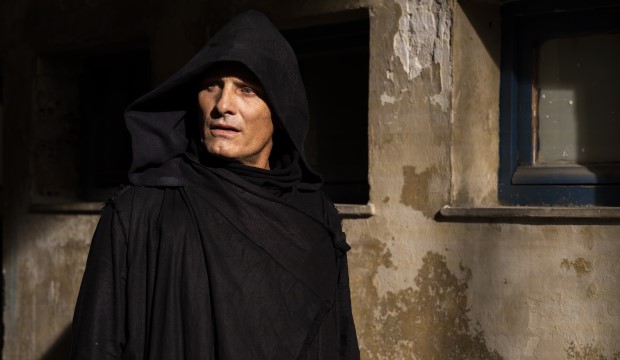 You're introduced to Saul as he lies in a large, Kafkaesque ‘bed’, shaped like a giant beetle, attached to the ceiling by slippery tentacles. He complains to his creative partner Caprice (Léa Seydoux) that the bed is not easing his pain. And he is constantly in pain: he always has a cough or digestive trouble and wears a black cloak, like death personified. He displays that pain through his art, showing the ‘chaos’ of the inner self through live robotic surgery in a ‘sarcophagus’ that opens his torso for all to see.

It’s not as controversially revolting as Cronenberg anticipated prior to its Cannes premiere (despite the inevitable walk-outs), but there are scenes that give you twinges in your internal organs. The sadomasochistic sexual tension is especially uncomfortable, rising and enticing as blade pierces skin – sharing some DNA with Cronenberg’s divisive adaptation of JG Ballard's Crash.

Although Mortensen and Seydoux set the screen alight with their morbidly creative chemistry, with the latter’s character wielding aesthetic ambitions of her own, it’s a seductive joy whenever Stewart enters the frame. She crafts a creepy sense of comic timing, with a fluctuating inflection to her voice – rising and falling between a squeal and a whisper – speaking the film’s unnerving central aphorism: ‘Surgery is the new sex.’ 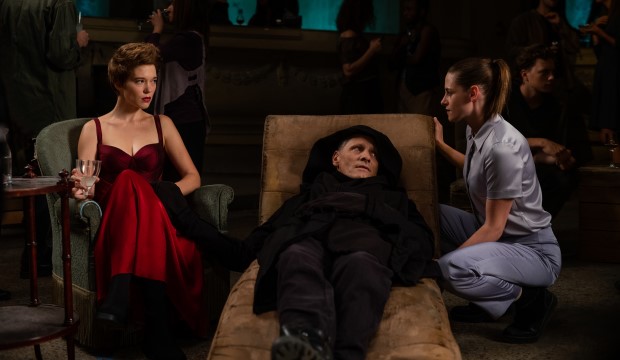 Cronenberg attaches another genre appendage to the film’s Frankensteinian body: that of an undercover cop drama, adding a noir-y suspense known only to Saul and the cynical detective Cope (Welket Bungué).

This is a slight, ignorable submission to the mainstream, like Cronenberg needed something broadly accessible to attract an audience. But the subplot magnifies the obscure world of the film: exploring the political divisions that arise from Saul and Caprice’s installations as well as from the bodies that have forcibly evolved.

The setting in question is a spare and seedy dystopia, shot in Athens, populated by strange residents who either enjoy or participate in acts of dissection. It resembles the eerie Bad City in Ana Lily Amirpour’s brilliantly unsettling film A Girl Walks Home Alone at Night: both worlds are left ambiguously under-explained, except in the actions of the people living in them.

With all these penetrating elements, it’s difficult to let go of Crimes of the Future. In fact, the film is about 15 minutes too short. The ending left this critic wanting more, which is bizarre considering how uncomfortable it is. Nevertheless, it’s Cronenberg’s best film in years. A funny, enchanting gallery of the grotesque.

Crimes of the Future will be in UK cinemas on Friday 9 September. 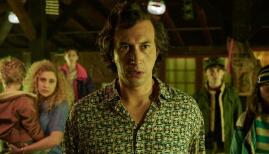 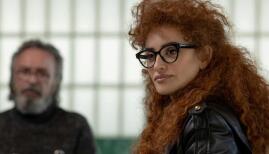 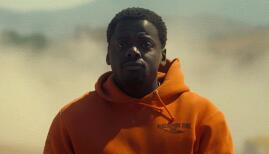