Actor and singer Charlotte Gainsbourg on being a daughter, still feeling uncomfortable in her skin, the burden of fame, and her relationship with London 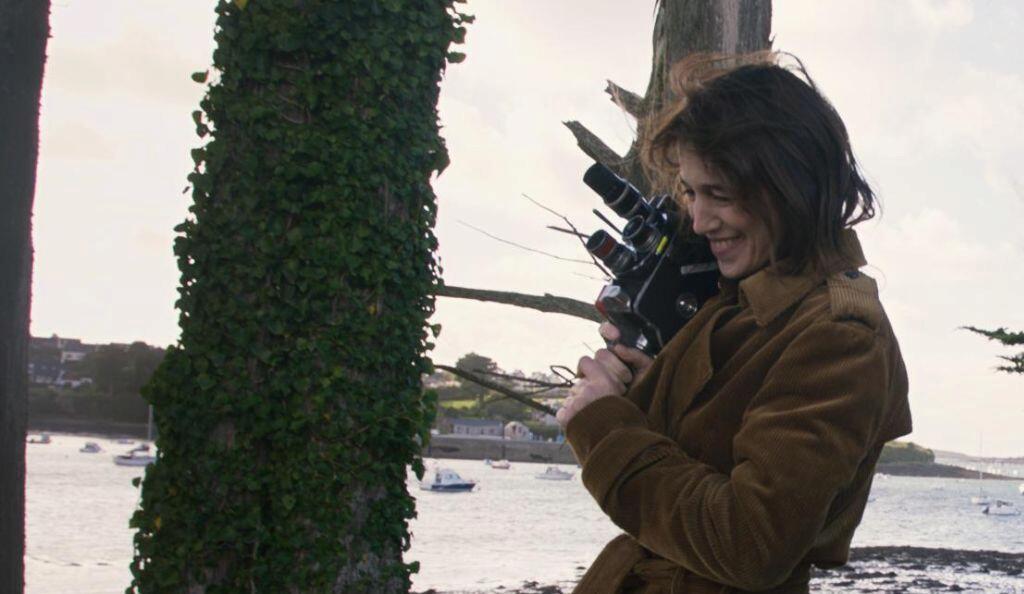 I meet Charlotte Gainsbourg at the French Institute in London on a drizzly November evening. The French Film Festival is at full speed and cinema-goers are rushing to watch the presentation of her documentary Jane by Charlotte, in which she turns the camera on her mother, the actress/singer/fashion icon Jane Birkin.

Charlotte Gainsbourg is known internationally for her fearless performances in Lars von Trier’s movies – she won Cannes best actress award for her performance in Antichrist. The actor, singer and now documentary-maker has lived in the limelight from a very young age and, for many French natives, she is a bit of a national treasure. She is also, of course, the daughter of an iconic couple, songwriter Serge Gainsbourg and Jane Birkin, whose love story transfixed France in the 1970s.

We meet in a quiet room next to the beautiful French Institute library. Gainsbourg is a Saint Laurent brand ambassador, and today she's wearing a blazer and brown velvet trousers by the fashion house, very little make-up and no jewellery. With her dark tousled hair and willowy silhouette, she is the ultimate symbol of understated Parisian beauty and elegance. No less striking are the gentleness of her mannerisms and her inner humility.

We start by talking about her documentary which is a quiet antidote to the glorification of celebrity for anyone bored of it. It is a touching yet powerful portrait of a mother by her daughter. There's no past footage or relative interviews, instead Charlotte films her mother in the present day and explores the complexities of their own relationship, beneath the glamorous veneer of fame.

'I was making a movie about our relationship,
to understand also who I was'

The documentary reveals a different side of Jane and touches on intimate aspects of her life: her loneliness, her fading beauty and the guilt and bereavement of losing her eldest daughter, Kate Barry, who died after falling from a building in 2013.
But it also tells a lot of Charlotte’s awe of Jane and her struggle to communicate with her.

‘I was living in NYC, far away from her. The distance made me want to be close to her again. I asked her whether I could come to film her and do a documentary. But I didn’t really say what it would look like. I just wanted to look at her.’

For fans of Jane Birkin and Serge Gainsbourg, the documentary is a treasure trove of affectionate anecdotes. But for those less attuned to their fame, it is the mother-daughter dynamic that makes the documentary so interesting.

‘In real life, I am too shy to look at her in-depth, to be insistent. So I understood very slowly what I was getting at. I understood at the end that I was making a movie about our relationship, to understand also who I was…what I meant for her. The documentary is, I hope, a message to her, like a love letter.’ 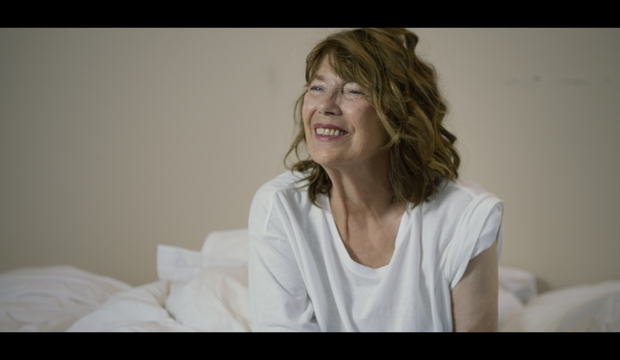 It is said that the relationship between Jane and Charlotte has been difficult at times. Although none of that shows in the documentary, it is striking to watch the dynamic between the extroverted Jane and her shy daughter.

‘I am an introvert and she’s always been an extrovert. We’ve always laughed listening to her. The stories she tells were always exaggerated. She has always been a character. I was always respectful. I see today the relationship the kids have with their parents; I don’t know that there is a lot of respect. In my family, there was so much respect for my father, my mother.’

Beyond a celebrated career as an actor and singer, Jane Birkin is often internationally recognised for her 70s gamine style – Instagram is filled with striking pictures from her youth – and Je t’aime… moi non plus: the sexually explicit duet she sang with Serge Gainsbourg back in the late 60s has more than 45 million downloads on Spotify.
And then there is the iconic Hermès Birkin bag, specially designed for her in the 80s after she sat next to Hermès chief executive Jean-Louis Dumas on a flight to London with a straw basket filled with her belongings. In the documentary, she nonchalantly carries it around and casually drops it on a Manhattan sidewalk to sign an autograph.

On the cool and stylish front, Jane may be a tough act to follow. But Charlotte’s acting and singing achievements as well as her fashion influence are arguably mightier.
Yet in the documentary, it is striking to see that she is unwilling to play her own music in front of her mother and seems uncomfortable about her own accomplishments as if still living in the shadow of her parents’ glory.

‘I don’t see myself as accomplished, because I have these parents. It’s always been my parents before me. I have to be respectful of what people know, what they think. That’s why it was so lovely to live in New York; for once I didn’t have to comment on my parents. (...)
When people recognised me, it was for my films, for my music. It wasn’t for this thing that I can’t escape when I am in France.
In my life, I can’t escape that because I love my parents and I’ve been brought up with their music. So when I say I don’t want to listen to my music, it’s really because I have had a difficult time accepting my voice, my physique.’

The fact that she has struggled with her appearance is certainly at odds with her striking beauty but perhaps not new. Charlotte’s image has always been unique, different from the canon of celebrity.

‘I have had difficult times
accepting my voice, my physique'

She is known for being very private and shy, ‘awkward’ as she likes to repeat during the interview, yet not afraid to reveal a lot of herself in front of the camera. From the controversial Charlotte Forever in which she acted opposite her father when she was only 14, to Lars von Trier's Nymphomaniac, she has starred in incredibly daring and explicit movies.

‘It was a great escape playing films and I didn’t have to look at myself. Doing music, it’s a little bit more complicated. It’s something I want to do and I am like a director. Or like in the documentary, I had to watch myself.' She pauses. 'Anyway, I have a relationship with my voice and my appearance that I haven’t really made peace with. Today what is great is that I have accepted it. I don’t want to have to say to people that I love who I am; I don’t. I have accepted the fact that I don’t. It’s fine, I’ll continue doing films – touch wood – and music if I can. I don’t have to love myself.'

Such an honest confession is quite heartbreaking but perhaps part of Charlotte Gainsbourg's public persona. By openly sharing her self-doubt, she is making our own more palatable. I wonder what her mother Jane would have to say about this. 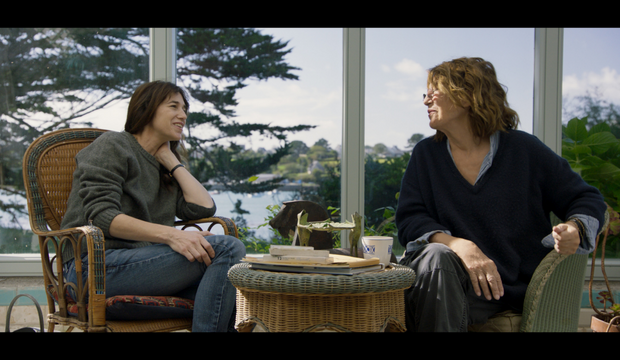 But it is time to depart. I ask Charlotte about her relationship with London. After the death of her sister, she decided to escape Paris and moved to New York. Why not London, I wonder? She holds a French and an English passport.

‘I wanted to escape London and Paris: everything that was part of our lives before my sister died, everything that would remind me of her. I wanted to be en terrain inconnu (in uncharted territory).
'So, London. I was born here, it is my second home. I would come here for Christmas. Always in my grandparents' house in Chelsea.’ (Charlotte’s grandmother is the actress and scriptwriter Judy Campbell.) ‘My mother was very close to her parents. There was no question to spend Christmas with her parents and because my father didn’t care that much, we came here.’
And what about now, I ask?
'When my grandmother died it all stopped for us in England. When I come now, I stay in a hotel, I feel like a foreigner. [It's] quite sad.’

She kindly agrees to have a picture of her taken on condition that she can vet it. The snap is taken. ‘Oh, I look awful,’ she says, but realising that we are running out of time and eager not to complicate matters she adds: ‘That’s all right, you can keep it.’

As she is whisked away she suddenly turns back with the kindest smile. ‘We didn’t say goodbye,' she says in French. ‘It was so lovely to spend time with you.’ For a moment I am under the impression we are close friends. But what I am in fact feeling is gratitude for the sincerity and generosity of her artistic endeavour.
On my way home, I pick up the phone and give my mother a call.

Jane by Charlotte is now released in the UK.