The world's most important film festival – boasting big names like Tom Cruise and Tom Hanks – has drawn to a close. Here are the biggest moments from Cannes 2022 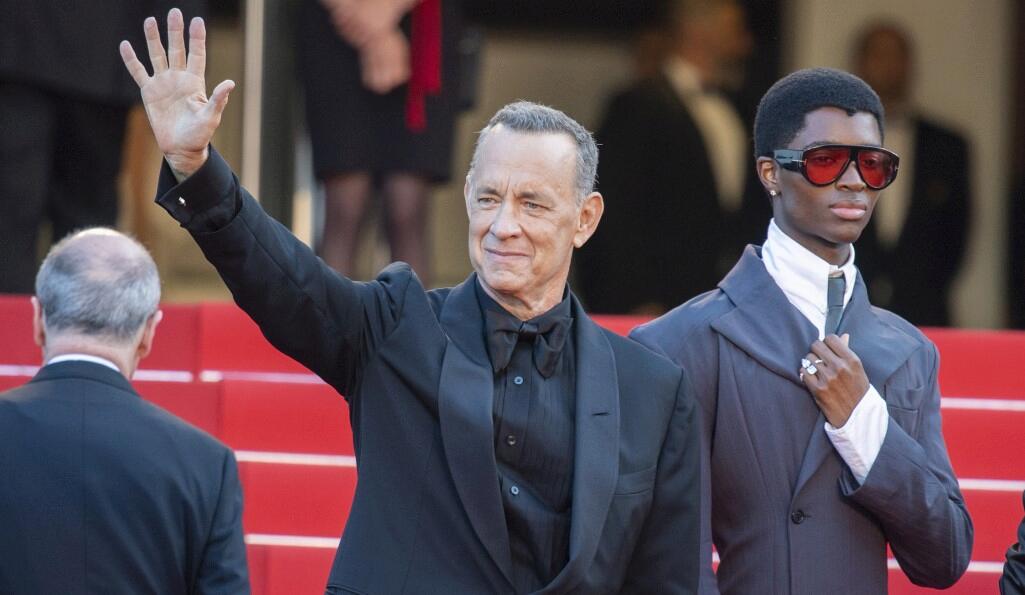 Five years after winning the Palme d'Or for The Square, Swedish filmmaker Ruben Östlund returned to reclaim the festival's top prize for his aqueous satire Triangle of Sadness. The story takes place on a luxury yacht, captained by an alcoholic Marxist (Woody Harrelson) and frequented by the mega-rich. When they become shipwrecked, certain wealth-based hierarchies dissolve.

Triangle of Sadness found fans like Robbie Collin from The Telegraph, who gave the film five stars and said it ‘slipped a whoopee cushion underneath the dreary and staid competition strand’. But the film also has its detractors like Peter Bradshaw from Peter Bradshaw from The Guardian, who gave it two stars and called it ‘Strident, derivative and dismayingly deficient in genuine laughs’.

The clapping hands at Cannes must be in constant pain. Imagine applauding in a cinema for an extended period – how doesn't that harm your palms? Nevertheless, it’s a Cannes tradition. Michael Moore’s polemical anti-Bush documentary Fahrenheit 9/11 still holds the record for the festival's lengthiest standing ovation… at 20 ridiculous minutes.

This year, it’s Baz Luhrmann (Moulin Rouge!, Romeo + Juliet) who received the longest round of applause for his spirited biopic Elvis. It continued for 12 minutes, which is reportedly the same as the ovation for Hirokazu Kore-eda’s Korean adoption drama Broker, starring Best Actor winner Song Kang-ho (Parasite).

And let's not forget President Volodymyr Zelensky, who dropped in via video-call and received the most deserved applause of the festival.

Cannes differs from the Oscars in its wide internationalism, its embracing of movies from around the world. Many of these filmmakers and craftspeople work outside the Hollywood mainstream, and this festival provides them with a well-publicised platform to elevate their art. But that’s just half of it: regrettably, the glittery grandiosity of celebrities on red carpets remains.

This year's Cannes reached its starry zenith with the arrival of Tom Cruise by helicopter. Prior to the premiere of Top Gun: Maverick, Cruise was interviewed for a sold-out masterclass that, according to IndieWire, was ‘dull as dishwater’. During the red-carpet formalities, jets flew over to paint the sky with the colours of the French flag. This was perhaps not the wisest PR approach, considering the conflict in Ukraine – Hanna Bilobrova, co-director of Mariupolis 2, was moved to tears.

Oh, and Cruise was handed an honorary Palme d’Or. There was also a spare for Forest Whitaker.

Despite Cruise being a transparently talented actor and stuntman, considered by some to be the last great movie star, all of this nauseating idolatry sucks up to Hollywood. And that's the opposite of what makes Cannes so attractive.

If you’re going to protest, make sure there are loads of cameras. Crowded with stars and journalists, Cannes proved ideal for surprise protests to run or unfurl across the red carpet.

Perhaps the most shocking was the half-naked member of the French feminist group SCUM. Outside the premiere for Three Thousand Years of Longing, she rushed in screaming with her chest exposed and fake blood smothered over her legs. ‘Stop raping us’ was written across her body, referencing the sexual violence perpetrated by Russian soldiers in Ukraine.

Before the screening of Holy Spider, which is based on the real-life murders by Iranian serial killer Saeed Hanaei, 12 protestors from the feminist movement Les Colleuses ascended the famous stairs. They rolled out a long parchment, listing 129 names of women killed by domestic violence in the last 12 months. The protestors also released thick black smoke that billowed across the Palais.

And finally, outside the premiere for the Ukrainian film Butterfly Vision, the filmmakers stood outside the Palais holding up Sensitive Content posters in front of their faces (familiar to those on social media platforms). They collectively held a banner that read ‘Russians kill Ukrainians. Do you find it offensive and disturbing to talk about this genocide?'