You don’t need to know about Georgian politics to be moved by And Then We Danced, the new LGBT+ drama from Levan Akin, but the film grows another layer of importance if you know the background.

Despite being a democratic nation, Georgia is still heavily influenced by conservative values – mostly through their Orthodox Church. As such, the production of And Then We Danced was met with threats for its subject matter: a male dancer falling in love with another male dancer. (Here, their branch of dance is a strictly masculine artform, used to uphold the ‘spirit of the nation’.) This critic didn’t know these controversies prior to watching the film, but, in retrospect, it's clear they spill across every frame.

In Tbilisi, the capital city, dancer Mareb struggles in a strict, traditional dance company while juggling his impoverished home life, his night job at a restaurant, and his own sexuality. Real-life dancer Levin Gelbakhiani plays him with such attractive verve and sensitivity that it’s hard to believe he’s never acted before. His happiness and confusion spin across the screen, avoiding the blankness which often burdens non-professional performances.

The practice of Georgian dance is like a character in itself, changing as much as Mareb does. There's a fixed idea about what this kind of dancing means, as demonstrated by the strict teacher Aleko (Kakha Godgidze) when he states: ‘Georgian dance is based on masculinity’. The dance in question, known as the Adjarian duet, must have the man strong as a nail and the woman shy with ‘virginal innocence’. 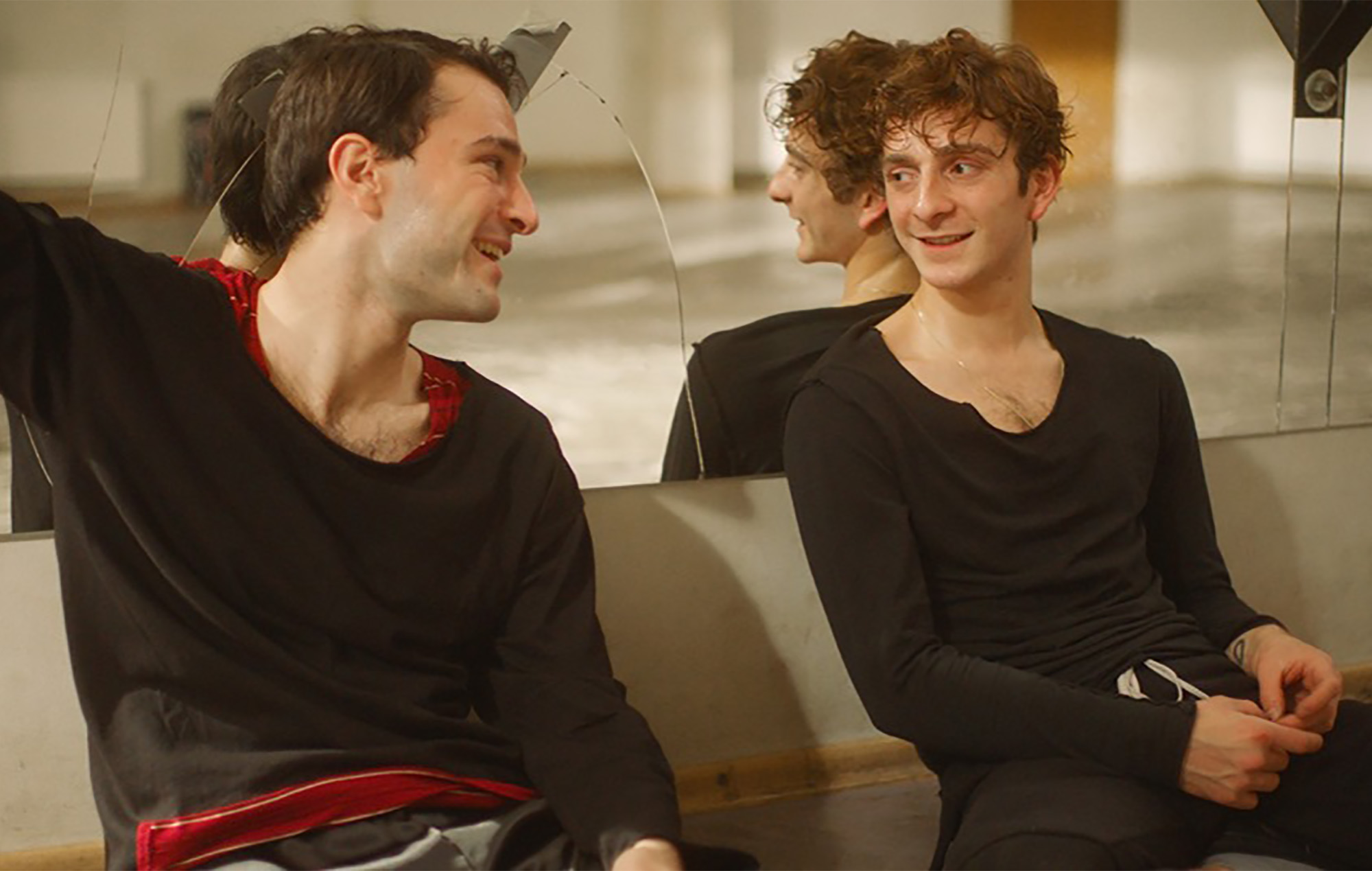 Enter Irakli (Bachi Valishvili), a new face filled with attractive smiles, wearing an earring that's forbidden in the studio. With the flirty grins and seductive stares between him and Mareb, it's obvious where this is going. But Akin develops their intimacy at a delicate pace, much like the idealised women in the duet.

There’s innocence there, as much as fear, which surrounds them on all sides. Akin lays out the social punishment for homosexuality early on, with Mareb’s dance-partner Mary (Ana Javakishvili) overhearing a story of a boy sent off to a monastery for being gay. Like Eliza Hittman’s equally muscular LGBT+ film Beach Rats, the claustrophobic masculinity, by its nature, suppresses homosexuality tightening around Mareb’s world like a societal vice.

The dances themselves, their rhythms ranging from doli drums to ABBA, leap with ecstasy. The bodies soar in staccato beats, edited with breathless fun and fury by Akin and Simon Carlgren. Dance in film can be a wondrous spectacle to behold – better than any rushing bullet or speeding car – and Akin really delivers.

He cuts away from these sequences too quickly; you want them to go on forever, before realising there’s a story unfolding. But this is rectified in the final dance, which lasts an enchanting and rebellious five minutes in length with barely any words spoken. It plays out like a burning, bursting resurrection; a memorable end to a film that flies with such beautiful humanism while waving an unsubtle hand of significant protest.

And Then We Danced is now streaming on Curzon Home Cinema

And Then We Danced