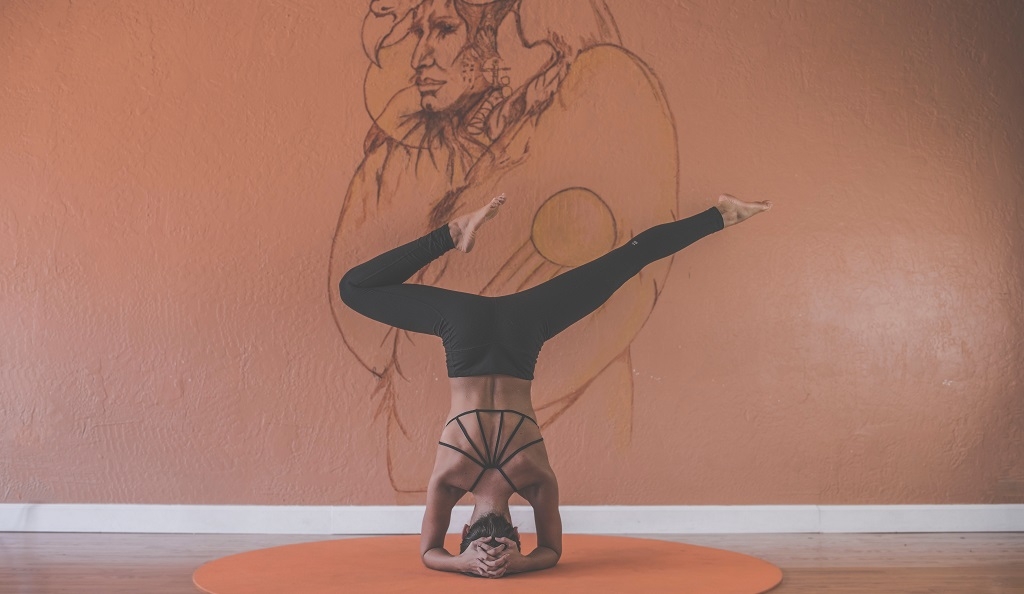 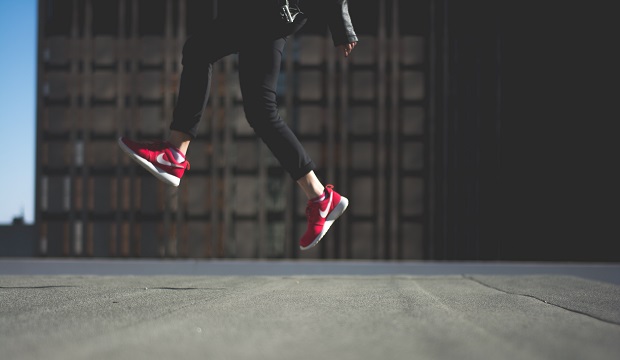 Trampolining: This year, Bryony Page won a silver medal at the Rio Olympics. It was Britain’s first in trampolining. And it happened as parks opened across the capital, including Flip Out, Wandsworth, which has wall-to-wall trampolines. A trend is born. You’re lucky your Christmas party wasn't held in one.

What else?: For those who use exercise to get away from screens, outdoor swimming has been a huge trend this year- but in London, The King’s Cross Pond Club has announced it will close, despite a petition to keep the city’s naturally filtered freshwater pool, complete with waterlillies. While the more traditional Hamstead pools and stay open, we wonder if this is the beginning of the end.

Please, no more: Tough Mudder. The company has announced new obstacles in 2017, including the Augustus Gloop- where you force yourself up a tube against a relentless flow of cascading water. And we're forced to turn our backs on a relentless flow of people still signing up for them. 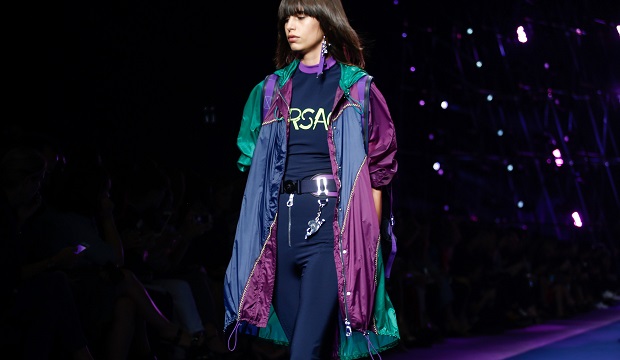 The new anorak, purse belt and Lycra combination was the surprise hit at Versace for SS17

Anoraks: Next year is the year of the super lightweight anorak as seen at the usually highly sexy Versace, for SS17. Sexy or no, it's great for those spring romps on Primrose Hill.

What else: 2017 is also the year of adorable matching swimsuits and caps with charming retro decoration (seen at Miu Miu SS17) for the outdoor swimming you’ll continue to do. We're not sure about baseball caps and tracksuits, seen in gold from the biggest trendsetter in recent years, Alessandro Michele at Gucci. Great for when you are pretending to be a living statue (good for your core).

Please, no more: Juicy Couture tracksuits, a flash of velour at the end of 2016 that hopefully didn't make it through December's open fires. American college-style jackets: We're all grown ups here. 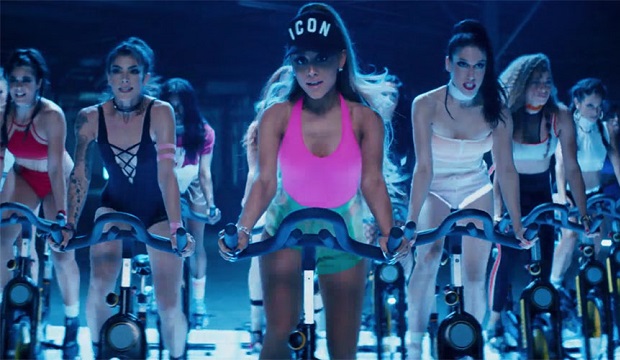 Tech-xercise: As people have less and less time, workouts are becoming smarter. Already we’ve seen live-streamed fitness classes. The founder of Class Pass, Payal Kadakiaoon, recently announced video-on-demand, at-home workouts. Smart yoga mats can sense your pose and feed back when you are unbalanced. Virgin Active create competitive spinning ‘packs’ and use data from your exercise bike to track your team’s progress in real time.

What else: We're poised, waiting to see the impact of VR in 2017 on sport. We’ve already seen it everywhere from fashion shows to recreating crime scenes. Can it create better environments for work, play, meditation, sport and rest? There's another possibility; as fashion, sport and technology entwine, costs go up. An impending backlash must surely be around the corner, but as low-cost alternatives never look as good as the shiny new tech, we wonder if the anti-technology movement will gain ground. 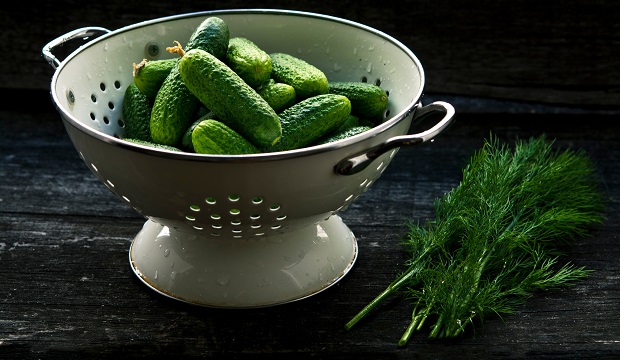 In a pickle: Pickling and fermenting make vegetables satisfyingly flavourful. We love the prospect of homemade kimchi or: the process of making cabbage palatable by fermenting it, a la Korean cuisine.

What else: Vegetable yoghurt, already a big trend in the US, mean that overly sweet, sugar-filled compotes aren't the only quick way to make yogurt interesting. Beetroot and carrot make for colourful, flavourful yoghurts. Cold-pressed watermelon juice, the new coconut water, sounds more delicious and is already big in the US with brands like WTRMLN WTR.

Please, no more: Spiralising, nutribulleting, kale on everything. Cauliflower rice and courgetti- tasteless and depressing. 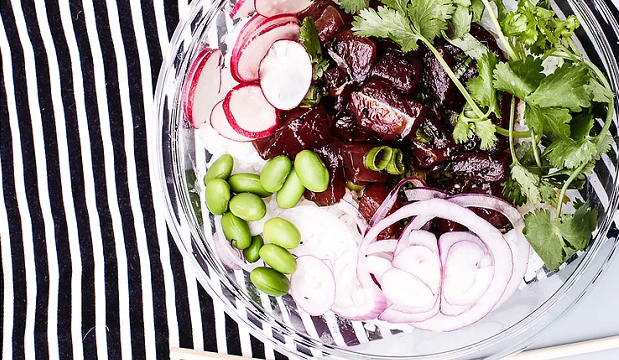 Hawaiian: Poké is the new sashimi- fresher than fresh raw fish, but Hawaiian style, served with dressing, rice, salad and fruit. You get a colourful bowl of food, sharp, tender and full of texture. Perfect for a quick eat as it’s so simple to prep. Looking at these rice bowls, maki rolls start to look a bit fussy. In London, we’re already had Ahi Poké in Fitzrovia and Island Poké in Soho open in Autumn 2016 and then Disney's Moana had everyone feeling Island life

What else: We’re also going to see more healthy Peruvian restaurants opening. Rumours surround a new Peruvian Coya restaurant and Peruvian chef Gaston Acurio may be bringing a new restaurant to London. In other news, goat, the meat we've seen in street food and even on pizza (at Homeslice), could be transitioning into other permanent restaurants. It's full of flavour and high in protein.

Please, no more: Pizza restaurants. Inexpensive to set up, great when they're hot, but if you don't wolf it down quick enough you can taste bad-quality passata, mean toppings and soggy base. The same goes for specialist restaurants with rubbish specialities. 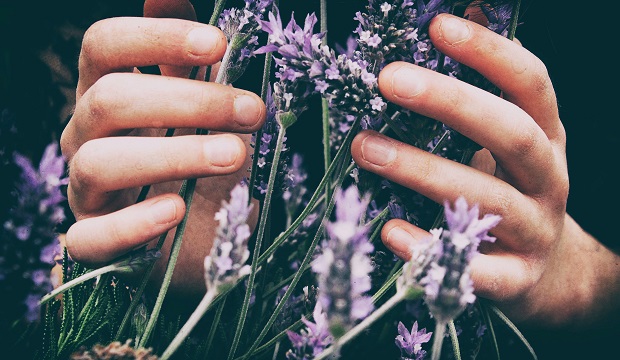 The new way to feel good: Essential oils are poised to make a come back! Claiming to treat everything from depression to spots, at worst, they’re a delicious-smelling, inexpensive, placebo. The rising trend of layering perfumes to create your own signature scents, as seen at Jo Malone, can be used with essential oils. We love Neal’s Yard’s oils. Try basil for energy, bergamot for calm, layered.

What else: Finland has just requested that their country's national heritage is represented in emoji form: the naked sauna emoji has given the traditional practice media attention. In London, most sauna searches lead to something more akin to socialising- gay and bisexual saunas dominate. Ariana Grande filmed part of her spinning video, Side to Side in one. Redefinition needed.

Please, no more: Mindfulness and colouring books. They don't work for everyone.