'Westward look, the land is bright'. This White Cube Anselm Kiefer show knocked us for six

The White Cube's name is an homage to a term coined in 1970, describing the uniform, well-lit, blankness of contemporary art galleries. "Windows are usually sealed off. Walls are painted white. The ceiling becomes the source of light. The wooden floor is polished so that you click along clinically," wrote Brian O'Doherty. Neutral, ideal.

Enter Modern German master Anselm Kiefer, who has blown this particular white cube apart - and us, away.

Walking in to Walhalla, you're met with gloom. The walls are darkest brown, the light is low. Your eyes take a while to adjust from the bright white sun of the of the entrance hall. Strange forms reveal themselves murkily. You realise with a jolt that they are beds, arranged in an higgledypiggledy row. Each leaden bed is labelled with a name; Brunnhilde, Rapunzel, Lorelei, and looks as though it were made of stone. The effect falls somewhere between graveyard and orphanage dormitory. The floor is treacherous; dusty, the doorways narrow. You find yourself sidestepping debris. Kiefer has replaced the white cube with a dark labyrinth. How thrilling. 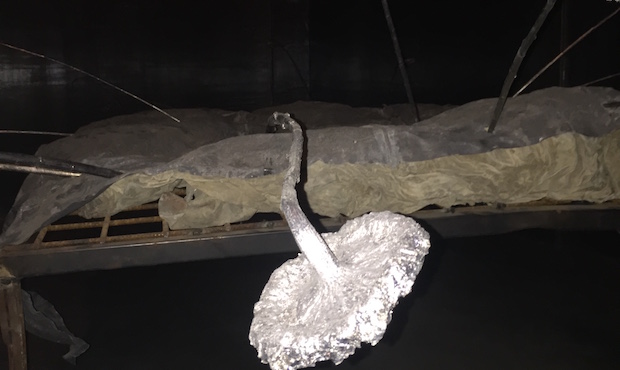 This German visionary is one of the most important artists working today. Working across painting, sculpture, drawing, photography and prints, he is known for the breathtaking scale of his works, which have grown with time. Kiefer has also incorporated increasingly unconventional materials into his paintings from clay, ash, earth, lead, and fabric to dried flowers. Studying informally under Joseph Beuys in the early 1970s, Kiefer began weaving alternative narratives, rewriting our collective post-war history with threads of folklore, mysticism and a relentless questioning of the human experience. The resulting encrusted, impasto surfaces maintain a unique vibrancy. We last saw Kiefer at the Royal Academy in 2014, where his major solo show won rave reviews all round.

The bed-strewn corridor forms the main artery of the exhibition, while galleries branch off at either side. In one, we find a dead tree housed in a vitrine and a broken kingsize bed, shrouded with metallic cloth, sprouting black and drooping sun flowers. Flowers, sheets: it's like a corrupted matrimonial bed: you can't help thinking of a dead bouquet on an old grave. 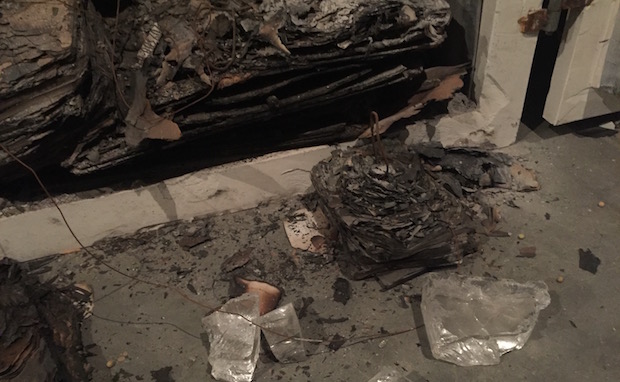 'Burnt books, and smashed glass on the floor that smacks of Kristallnacht'

In another room we find what looks like an artist's studio, papers are piled high bursting out of drawers, stacked floor to ceiling. A long lock of black hair hangs down from one. 'Rapunzel' it reads. Looking up, you find myth and folklore all around. Jason and his slain Argonauts, Nester, Valkyries.

Born in 1945 at the close of World War II, Kiefer grew up in the shadow and shame of the Third Reich. In a fractured Germany in which classical art had been marred by Nazi appropriation, Kiefer has always mined this darkness in his German identity. And Hitler is here: burnt books, uniforms, what looks like a torture chair and smashed glass on the floor that smacks of Kristallnacht. We have burning towers on his huge canvases, stained with scorch marks and muddy brown bloodstains. 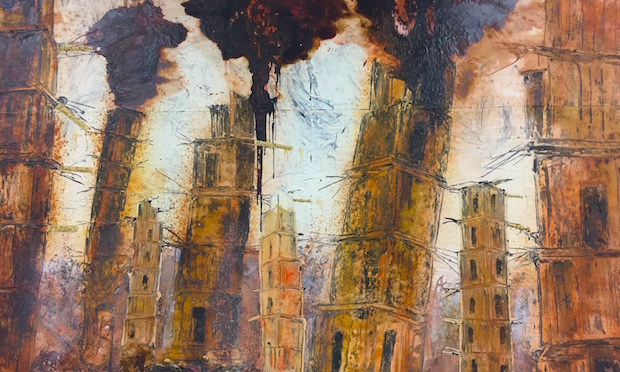 So far, so apocalyptic. But Kiefer is a subtler, broader artist than this. Look closely, and you'll find ancient, elemental forces, that hint at hope, rebirth and the vastness of eternity. The title of the exhibition is a clue in itself: Valhalla is the Norse paradise for those slain in battle. Rapunzel, Lorelei: the folklore that suffuses this exhibition sings of an unbeatable collective human imagination.

In a final room, thick sculptural impasto flowers stud his landscapes: reds, greens golds banishing he darkness. Boulders on the floor are studded with diamonds. Next to an ossified tree, sits a rock; in that rock a pool of water. You think immediately of a baptismal font. 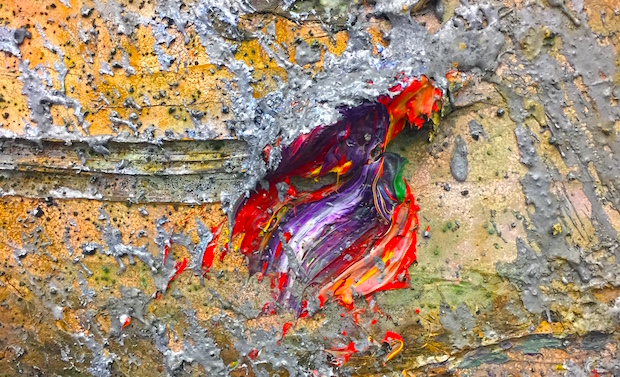 Dark times may come, Kiefer seems to say. But there's hope yet.